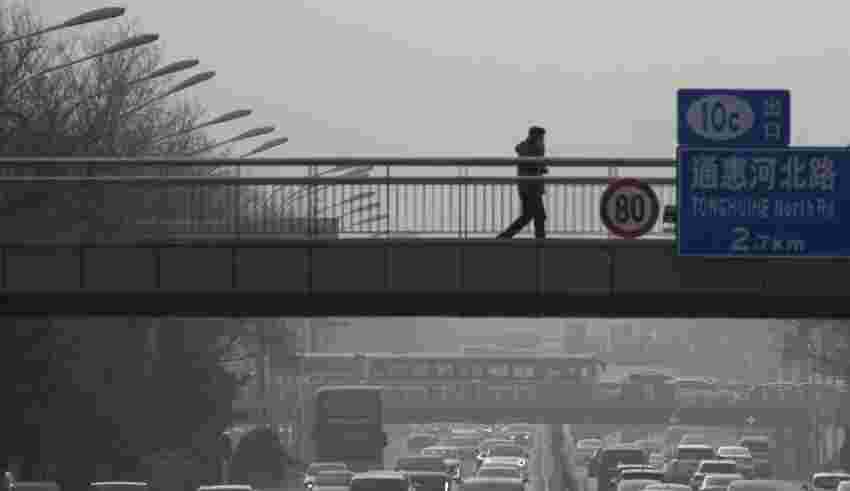 BEIJING (AP) — Some Chinese universities say they will allow students to finish the semester from home in hopes of reducing the potential of a bigger COVID-19 outbreak during the January Lunar New Year travel rush.

It wasn’t clear how many schools were taking part, but universities in Shanghai and nearby cities said students would be given the option of either returning home early or staying on campus and undergoing testing every 48 hours. The Lunar New Year, which falls on Jan. 22 this year, is traditionally China’s busiest travel season.

Universities have been the scene of frequent lockdowns over the past three years, occasionally leading to clashes between the authorities and students confined to campus or even their dorm rooms.

Tuesday’s announcements came as China begins relaxing its strict “zero-COVID” policy, allowing people with mild symptoms to stay home rather than be sent to a quarantine center, among other changes that followed widespread protests.

Starting from Tuesday, China has stopped tracking some travel, potentially reducing the likelihood people will be forced into quarantine for visiting COVID-19 hot spots.

The move follows the government’s dramatic announcement last week that it was ending many of the strictest measures, following three years during which it enforced some of the world’s tightest virus restrictions.

Last month in Beijing and several other cities, protests over the restrictions grew into calls for leader Xi Jinping and the Communist Party to step down — a level of public dissent not seen in decades.

While met with relief, the relaxation has also sparked concerns about a new wave of infections potentially overwhelming health care resources in some areas.

The easing of measures means a sharp drop in testing, but cases still appear to be rising rapidly, with many testing themselves at home and staying away from hospitals. China reported 7,451 new infections on Monday, bringing the nation’s total to 372,763 — more than double the level on Oct. 1. It has recorded 5,235 deaths — compared to 1.1 million in the United States.

China’s government-supplied figures have not been independently verified and questions have been raised about whether the ruling Communist Party has sought to minimize numbers of cases and deaths.

The U.S. consulates in the northeastern Chinese city of Shenyang and the central city of Wuhan would offer emergency services from Tuesday “in response to increased number of COVID-19 cases,” the State Department said.

“Mission China makes every effort to ensure full consular services are available to U.S. citizens living in the PRC, but further disruptions are possible,” an e-mailed message said, using the initials for China’s official name, the People’s Republic of China.

Xi’s government is still officially committed to stopping virus transmission, the last major country to try. But the latest moves suggest the party will tolerate more cases without quarantines or shutting down travel or businesses as it winds down its “zero-COVID” strategy.

Amid the unpredictable messaging from Beijing, experts warn there still is a chance the ruling party might reverse course and reimpose restrictions if a large-scale outbreak ensues.

The change in policy comes after protests erupted Nov. 25 after 10 people died in a fire in the northwestern city of Urumqi. Many questioned whether COVID-19 restrictions impeded rescue efforts. Authorities denied the claims spread online, but demonstrators gave voice to longstanding frustration in cities such as Shanghai that have endured severe lockdowns.

The party responded with a massive show of force and an unknown number of people were arrested at the protests or in the days following.