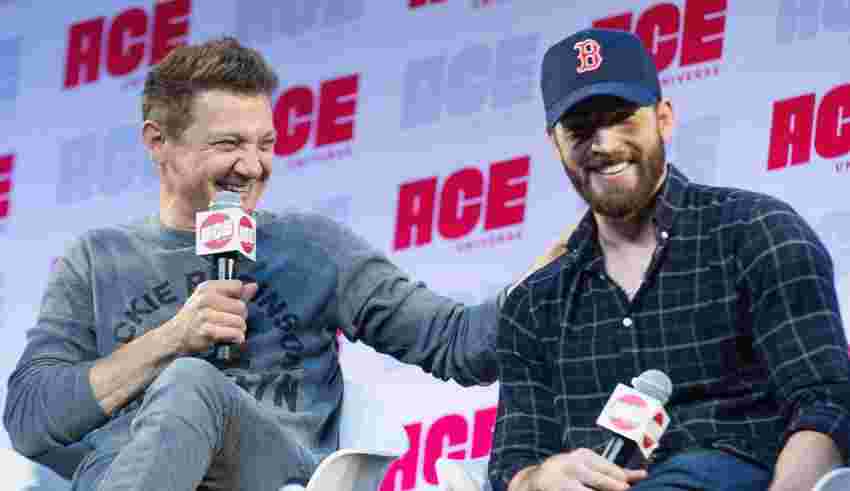 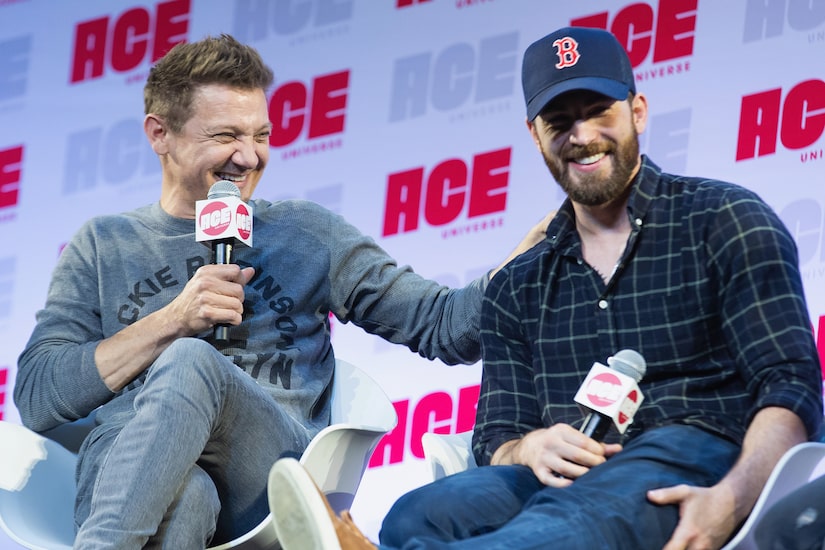 Jeremy Renner’s latest tweet revealed he broke more than 30 bones when he was crushed by a snow plow.

His fellow Avenger Chris Evans showed some love for Renner in the comments, along with a good-hearted joke.

The “Captain America” star wrote, “That’s one tough mf’er,” adding, “Has anyone even checked on the snowcat???” Chris continued, “Sending so much love.”

Jeremy, aka Hawkeye in the Marvel franchise, wrote back, “Love you brother…. I did check on the snow cat, she needs fuel.”

I want to thank EVERYONE for their messages and thoughtfulness. Much love and appreciation to you all. These 30 plus broken bones will mend , grow stronger, just like the love and bond with family and friends deepens pic.twitter.com/kzj2CLYdXA

Renner’s post included a photo of him receiving treatment, possibly physical therapy, and wrote, “I want to thank EVERYONE for their messages and thoughtfulness. Much love and appreciation to you all. These 30 plus broken bones will mend , grow stronger, just like the love and bond with family and friends deepens.”

Just this past week, the 911 call made in the wake of his catastrophic injury was released.

TMZ posted the audio of a man speaking with an operator as Renner can be heard moaning in the background.

He adds, “Someone is in front of my house on the ground. He got run over by a snowcat. He’s been crushed. Send paramedics, ambulance…”

The man also suggests, “Listen to me, we might want to get Life Flight out here immediately,” referring to Life Flight Network, rapid air transport used to save lives in dire situations.

The caller goes on to say Renner has “rib issues,” and that he got “crushed up on his right side.”

Going into detail about Jeremy’s extensive injuries, the man says he can’t tell where he’s bleeding from. He does say, “His right chest and upper torso and his ribs look like they might be crushed. He has a head wound as well.”

When the man asks for an ETA, the dispatcher says it is hard to estimate because of the “snow on the mountain.”

The caller says, “His breaths are getting shorter, so please,” before explaining Jeremy was experiencing “shallow breath, a lot of pain. He’s conscious, we got him covered in blankets. His head is covered.”

He then notes that Jeremy is starting to “drift off.” The man tells Jeremy, “Don’t be drifting off… Stay awake.”

A Life Flight eventually arrived to airlift Jeremy from the scene. The Marvel star was in an ICU for days and underwent two surgeries.

Renner’s recovery is ongoing, and is expected to last for many months.