Home Entertainment Chris Rock Speaks Out After Will Smith Apology: ‘Trying to Be a… Victim’ 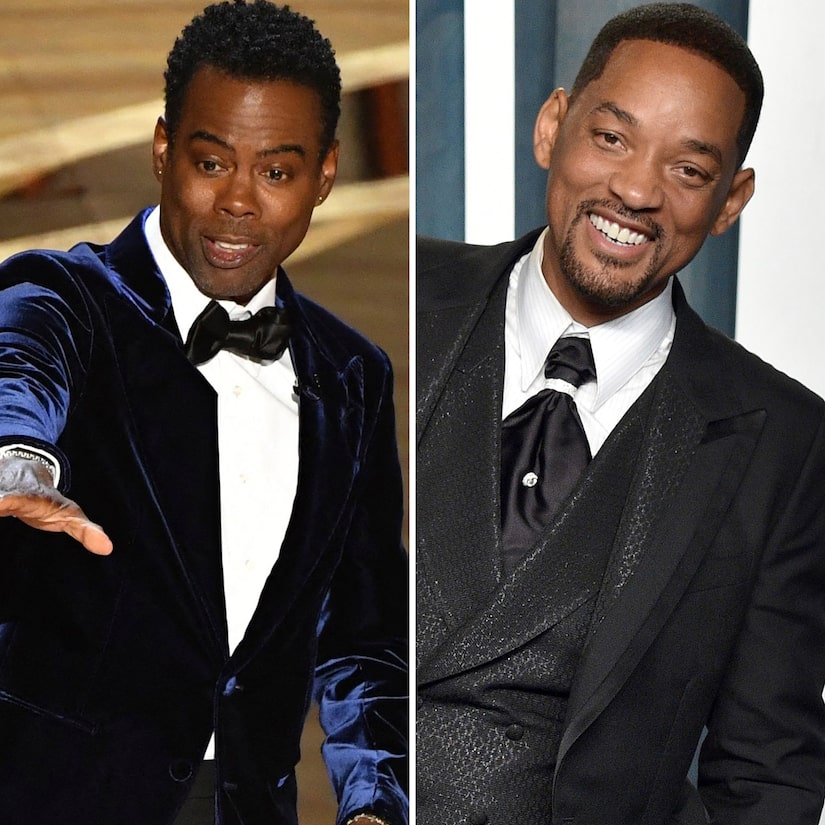 Chris Rock is speaking out in the wake of Will Smith’s apology video — and while he may not be ready to talk with Will, he’s certainly ready to talk!

CNN reports that Rock, on his Chris Rock Ego Death world tour in Atlanta Friday night, said, “Everybody is trying to be a f**king victim,” a clear swipe at Smith’s video. “If everybody claims to be a victim, then nobody will hear the real victims.”

He went on to joke, “Even me getting smacked by Suge Smith… I went to work the next day. I got kids.”

Rock also got laughs with: “Anybody who says words hurt has never been punched in the face.”

Smith addressed the moment he slapped Rock on the Oscars 2022 stage in March in a widely viewed YouTube video posted on his channel this week.

In the video, text appears on the screen that says, “It’s been a minute… Over the last few months, I’ve been doing a lot of thinking and personal work… You asked a lot of fair questions that I wanted to take some time to answer.”

Will then sits down on camera and reads the question, “Why didn’t you apologize to Chris in your acceptance speech?”

In response, he explains, “I was fogged out by that point. It’s all fuzzy.”

He adds that he has reached out to Chris, but says that Rock is “not ready to talk.”

Will then takes the opportunity to publicly apologize to Chris, Chris’ mother, and his family.

He also addressed Chris’ brother Tony Rock, saying, “You know, we had a great relationship. You know, Tony Rock was my man. And this is probably irreparable.”

Reflecting on the experience, Will continues, “I spent the last three months replaying and understanding the nuances and, and the complexities of what happened in that moment. And I’m not going to try to unpack all of that right now. But I can say to all of you, there is no part of me that thinks that was the right way to behave in that moment. There’s no part of me that thinks that’s the optimal way to handle a feeling of disrespect or insults.”

He then reads the next question: “After Jada rolled her eyes, did she tell you to do something?”

Smith answers, “No. It’s like, you know, I made a choice on my own, from my own experiences, from my history with Chris. Jada had nothing to do with it. I’m sorry, babe”

He also apologizes to his own family, saying, “I wanna say sorry to my kids and my family for the heat that I brought on all of us,” adding a big apology to his fellow Oscar nominees, “To all my fellow nominees, you know, this is a community, It’s like I won because you voted for me. And it really breaks my heart to have stolen and tarnished your moment.”

The incident went down as Questlove won Best Documentary Feature for “Summer of Soul,” and Will says, “I can still see Questlove’s eyes. You know, it happened on Questlove’s award… ‘I’m sorry’ really isn’t sufficient.”

Will goes on to read, “What would you say to people who looked up to you before the slap or people who expressed that you let them down?”

He explains, “Disappointing people is my central trauma. I hate when I let people down. So it, it hurts, it hurts me psychologically and emotionally to know I didn’t live up to people’s image and impression of me. And the work I’m trying to do is, I am deeply remorseful, and I’m trying to be remorseful without being ashamed of myself.”

“Right? I’m human. And I made a mistake and I’m trying not to think of myself as a piece of sh*t. So I would say to those people, I know it was confusing, I know it was shocking. But I promise you, I am deeply devoted and committed to putting light and love and joy into the world. And, you know, if you hang on, I promise we’ll be able to be friends again.”

Meanwhile, Rock reportedly addressed the slap during a recent stand-up show. According to Us Weekly, he told a New Jersey crowd, “I’m not a victim, motherf**ker,” adding, “Anyone who says words hurt has never been punched in the face.”

He went on, “Yeah, that sh*t hurt, motherf**ker… But I shook that sh*t off and went to work the next day… I don’t go to the hospital for a paper cut.”

The Heavyweight Dual That Lived Up To Expectations