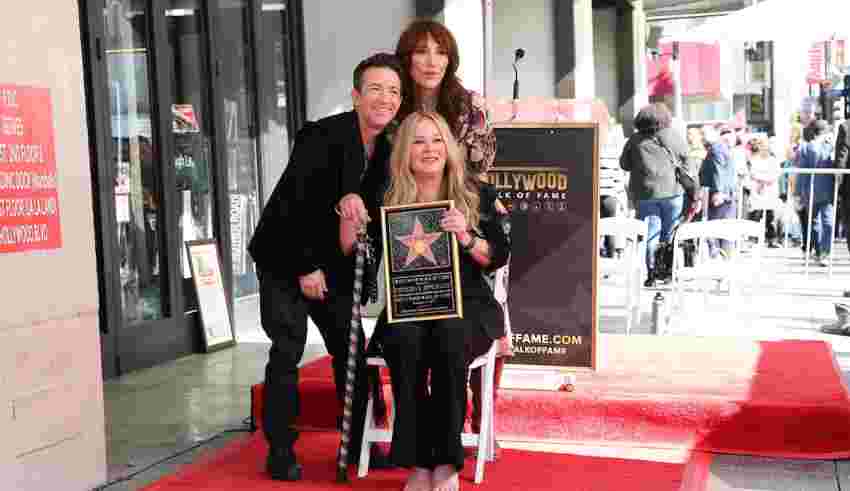 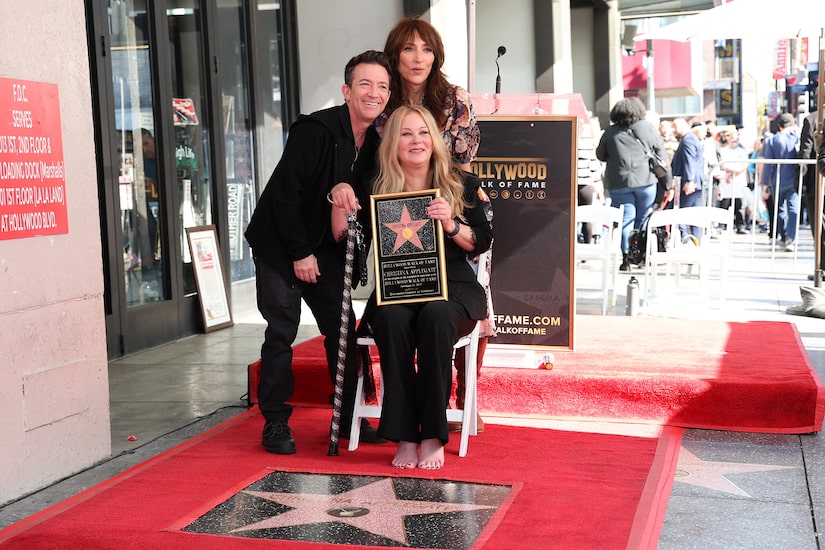 On Monday, actress Christina Applegate was honored with a star on the Hollywood Walk of Fame.

In the midst of her battle with MS, Christina took the stage with the help of a cane.

Applegate was surrounded by family, friends and co-stars, including “Married… with Children’ co-stars Katey Sagal and David Faustino and “Dead to Me” co-star Linda Cardellini.

Katey even helped Christina up to podium. She joked, “It’s so Katey to steal the thunder.”

In all seriousness, Applegate emphasized, “I don’t say that I have friends, I have family. These people take care of me. They take care of me every day of my life and without them I don’t know what I would do.”

While she acknowledged that she couldn’t stand for “too long,” Applegate made sure to show her appreciation to her daughter in her speech. She raved, “You are so much more than even you know. You are so beautiful and kind and loving and smart and interesting and I am blessed every day that I get to wake up and take you to your school. You are my everything. Thank you for standing beside me through all of this.”

Reflecting on her career, Christina shared, “I’ve had a really interesting life, but the life started as a little girl waiting in line to see the first Star Wars on this very street at that very theater. And looking at these things [the stars] and going, ‘Who are these people? What are these things? Did they do something right? Did they do something wrong? Whatever it is, I want one. I effing want one.’ And I was five years old. So this day means more to me than you can possibly imagine.”

Earlier this month, Christina opened up about her battle with multiple sclerosis.

In an interview with The New York Times, Applegate revealed that she has gained 40 lbs. and is unable to “walk without a cane” due to the chronic disease, which affects the brain and spinal cord.

Referencing her appearance, Christina said, “This is the first time anyone’s going to see me the way I am.”

“If people hate it, if people love it, if all they can concentrate on is, ‘Ooh, look at the cripple,’ that’s not up to me,” Applegate stressed. “I’m sure that people are going to be, like, ‘I can’t get past it. Fine, don’t get past it, then. But hopefully, people can get past it and just enjoy the ride and say goodbye to these two girls.” 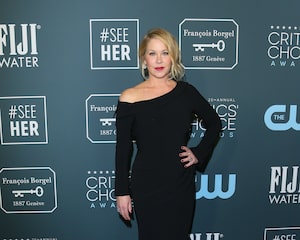 Christina Applegate Explains How M.S. Battle Has Impacted Her Life

Christina pointed out that she is “very aware of” the physical changes that her body has gone through.

Along with being “pissed,” Applegate admitted, “I’m never going to accept this.”

Despite her diagnosis, Christina pushed forward with shooting the final season of “Dead to Me.” She said, “The powers that be were like, ‘Let’s just stop. We don’t need to finish it. Let’s put a few episodes together.’ I said, ‘No. We’re going to do it, but we’re going to do it on my terms.’”

While Christina may be done with acting after the final season of “Dead to Me,” she is hoping to work behind-the-scenes as a producer in the future.

Applegate rose to fame after starring in ‘90s hit series “Married… with Children.”