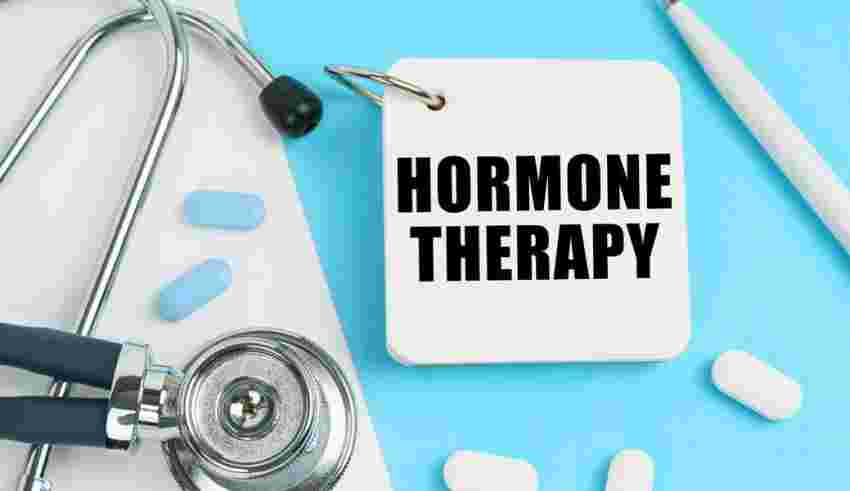 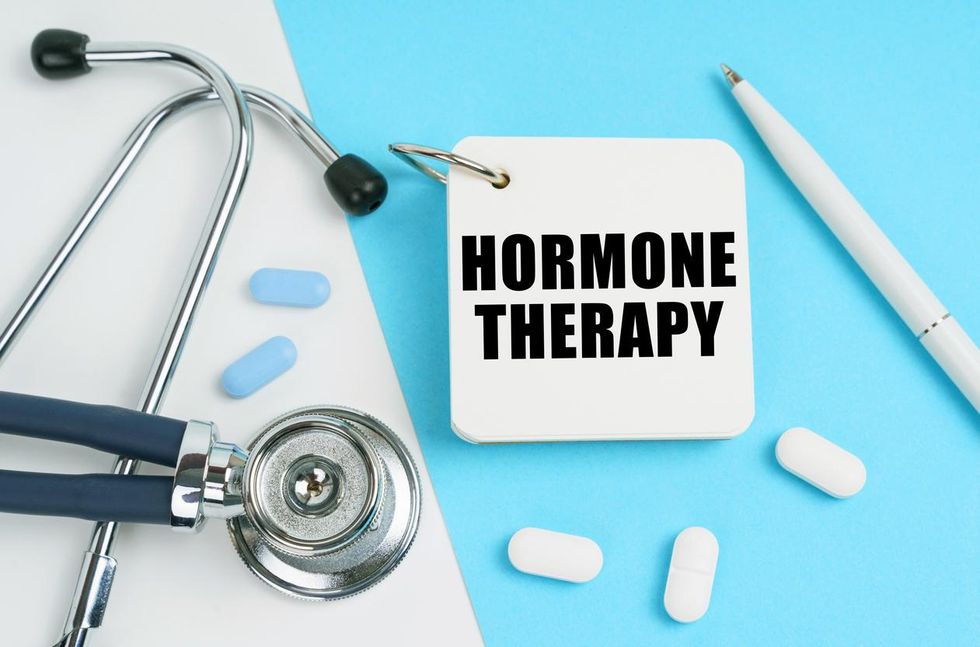 Although hormone therapy (HT), sometimes called hormone replacement therapy, works well to ease menopause symptoms and offers other health benefits, some women and people with female biology are unsure how to weigh the pros and cons of this treatment.

HealthyWomen asked Jessica Shepherd. M.D., an OB-GYN at the University of Illinois at Chicago and a member of HealthyWomen’s Women’s Health Advisory Council, to clear up common misconceptions about HT and help you decide whether it’s right for you.

What is hormone therapy, and what is it used for?

HT works by giving these hormones back to the body, which is why it’s also known as hormone replacement therapy (HRT).

People with a uterus are given a combination of estrogen and progesterone because progesterone helps protect against uterine cancer. People who have had a hysterectomy (uterus removal) can use estrogen-only HT.

HT is also prescribed to prevent osteoporosis, a condition that causes bones to become weak and brittle. Because estrogen helps protect bones, menopausal women are more likely to develop osteoporosis.

Why do some people think hormone therapy is unsafe?

A lot of the confusion surrounding HT has to do with a 20-year-old study by the Women’s Health Initiative (WHI).

This randomized clinical trial of more than 10,000 women ages 50 to 79 lasted 15 years and was designed to test whether taking estrogen (either alone or with progesterone) after menopause could help women prevent heart disease and stroke.

In 2002, results of the WHI study were released, showing that HT might increase a woman’s risk of breast cancer and heart problems. After these results made headlines around the world, HT use dropped by nearly 80%.

A closer look at the WHI study revealed many problems and mistakes in the methodology, mostly related to the ages of the women enrolled in the study. Because of these problems, the 2002 results have now been largely dismissed as “bad science” by experts, and many studies since then have shown that the benefits of HT may far outweigh the risks.

But the WHI study got so much media attention that some women are still reluctant to try HT because they worry it’s not safe.

What do experts say about the safety of hormone therapy now?

Lots of research has been done in the 20 years since the WHI findings were released showing hormone therapy is very safe under the right circumstances.

For example, a follow-up WHI study involving the original participants found no difference in death rates between women who got HT for five to seven years and those who didn’t.

And one study of women who had a hysterectomy showed those on estrogen-only HT had a 23% reduction in breast cancer.

After looking closely at all the scientific evidence, the North American Menopause Society (NAMS) put out a statement saying HT is the safest and most effective treatment for hot flashes, night sweats and vaginal changes, and has been shown to prevent bone loss and fracture.

They also stated that these benefits outweigh the risk for most women if they’re healthy and under 60 (or within 10 years of menopause).

How do you decide which type of hormone therapy to prescribe?

To decide whether hormone therapy is a good option for a patient, I consider her age and her symptoms. I also check to see if she has a personal or family history of heart disease, stroke or cancer in her family since these things can make hormone therapy riskier. As far as timing, I try to start HT as soon as possible after a woman enters menopause.

If a patient is a candidate for HT and is interested in learning more about it, I explain how hormones can be helpful, as well as the risks. I also go over the different forms (pill, cream, etc.) with her.

What should women consider before choosing hormone therapy?

Together, my patients and I decide which type of HT is best based on any risk factors they might have, the symptoms they’re hoping to treat and lifestyle factors that might affect their preferences. Are they willing to take a pill daily, for instance, or would a cream be more convenient?

There’s no one-size-fits-all approach to hormone therapy — it really depends on the patient’s unique needs.

Is there anything else you want people to know about HT?

I would love for people who are struggling with menopause symptoms to be able to move past their misconceptions and have a conversation about it with their healthcare provider (HCP). It’s the best way to find out if this safe and effective treatment is right for you.

If your HCP isn’t up to speed on the latest HT research, or simply doesn’t want to talk about it, you can visit the NAMS website to find a Certified Menopause Practitioner near you.

This resource was created with support from Alora.

LG has announced the latest in its line of 17-inch ultralight Gram laptops. The new 2023 v…