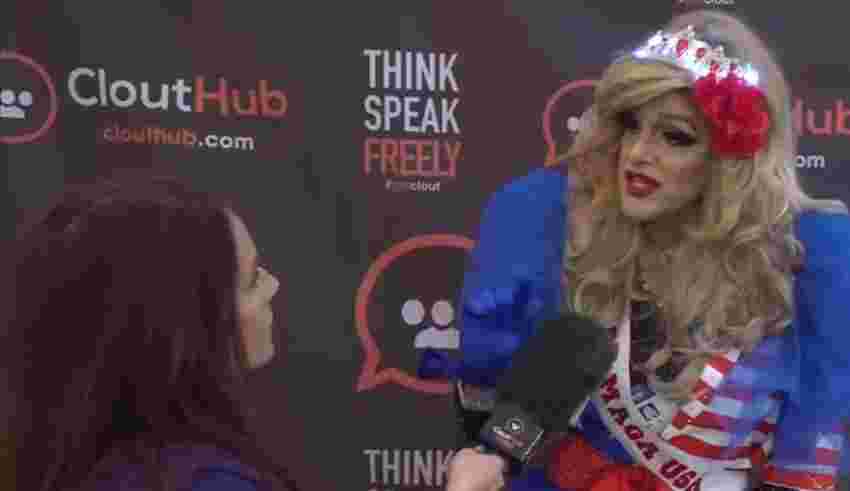 PORTSMOUTH, OH –  Gays Against Groomers is a coalition of gay people who oppose the recent trend of indoctrinating, sexualizing and medicalizing children under the guise of LGBTQIA+.

In the same vein, not all drag queens (DQ) push indoctrination, grooming, and sexualization upon innocent children, according to an interview with a Republican gay male that dresses in drag for fun to entertain adults.

Kristi Leigh interviews a drag queen (a gay male that is not trans) and he exposes the mission of the transgender movement and how they purposely push gender-bending ideology to indoctrinate children.

Watch the interview on YouTube: “Conservative Drag Queen Exposes Child Predators.” Lady MAGA USA, who goes by the name Ryanna Woods, says he is a gay man who likes to dress up-much like one would for Halloween. He says his is ashamed of the intolerance he’s seen in the LGBTQ community and says he feels more accepted at CPAC than many of those in his “community.” Hear his thoughts on pornography in schools and the agenda to target children for gender modifications.

The following are a few excerpts from the interview with Woods:

“And I really decided to step away once they pushed hormones and castration and sterilization on children…I don’t need to go to a Pride Parade and wave sex toys in public. I don’t need to dress in a provocative manner…”

In reference to DQ Story Hour for children, Woods asserts, “…no their stories are carefully and politically selected and the stories are all about erasing gender, pushing transgenderism, pushing non-binary gender queer doctrine to indoctrinate these kids…they’re predatory…the modern narrative is that you as a mother do not know what’s best for your child.”

Wood also states that he is called a transphobic by the radical trans community for not being “attracted to a man with a vagina.”

Kudos to Woods for revealing the driven gender ideology mission and transgenderism indoctrination of drag queens. I’m glad Woods doesn’t wear a G-string and twerk in front of kids. And I’m pleased he is a supporter of Donald Trump, liberty, and free speech. Moreover, Woods needs to testify at legislation hearings that want to ban drag queens from sexualizing children in public places and spaces or in gloomy bars where children are instructed to stuff dollar bills into DQ’s thongs.

However, kids are often present with parents or guardians at the public political venues where Woods is dressed in a patriotic costume – nonetheless in drag. My question: Why doesn’t Woods attend public events dressed in his regular attire when he knows kids will be in the crowd?

During the interview, Woods gushes that he likes to dress up and have fun. My opinion: Any grown man overdressed in outrageous female clothing, a wacky wig, and caked on makeup needs to stay in the entertainment arena for adults only.