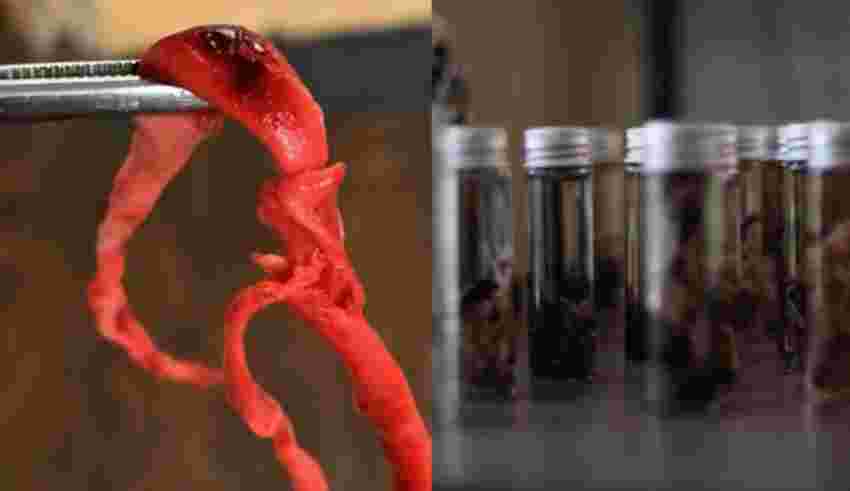 PALM BEACH, FL – A new and controversial documentary, released Monday for free online, advances conspiracy theories that allege that COVID-19 vaccines are poisoning those that receive them and are part of an advanced conspiracy theory regarding scientific population control that elevates instances of health issues that culminate in healthy people dying suddenly.

According to a recent analysis of death certificate data from the Centers for Disease Control and Prevention (CDC), the number of deaths amongst individuals aged 18 to 49 in the period of time spanning between October 2020 and October 2021 saw a marked increase of 40 percent when compared to the same period of time in 2018-2019, prior to the beginning of the COVID-19 pandemic.

Among the side effects associated with COVID-19 vaccines are blood clots and heart inflammation, reports say, among others.

But a new documentary, “Died Suddenly,” presents theories that claim that COVID-19 vaccines actually represent an ongoing and calculated mass genocide event, according to the film’s official website.

“Healthy adults are dropping dead all across the globe. In the last 18 months, the term ‘Died Suddenly’ has risen to the very top of ‘most searched’ Google terms,” the site says. “Now, the award-winning documentary team that brought you, ‘Watch The Water,’ and ‘These Little Ones’ travels around the world to find answers, and tell the stories, of those who Died Suddenly.”

However, “Died Suddenly” has sparked backlash for allegedly not presenting concrete evidence linking vaccines to premature death – instead, it mostly suggests what the links may be, critics say – as well as promoting sensationalism, such as featuring montages out-of-context video clips of random individuals falling and “dying” without explanation, some of whom didn’t actually die.

These allegations have resulted in “Died Suddenly” being labeled as disinformation on social media platforms, but despite its questionable status, the film nonetheless appears to address very real medical concerns that exist for many individuals in regards to COVID-19 vaccines, as evidenced by the strong response to it on Twitter.

Died Suddenly is a documentary about the biggest crime against humanity, ever. If you have been vaccinated you have to watch this.

“I watched Died Suddenly. What’s taken place in our world is truly evil. To all the vaccinated you were warned by at least one person in your life. I’m positive of that. Best of luck,” user MatthewHasGottaKnow said.

“After watching Died Suddenly, I have never been so confident in my decision to remain unvaccinated. Must watch,” Eric Matheny tweeted.

User Kaffir Kanuck tweeted stats – without linking to a source – alleging massive spikes in multiple types of death since the debut of vaccines, saying, “Watching Died Suddenly. These DOD rates, which have increased since these numbers in Feb ’22, once exposed to a Senate committee, had it’s database shut down once exposed. I expect CAF #’s to be similar.”