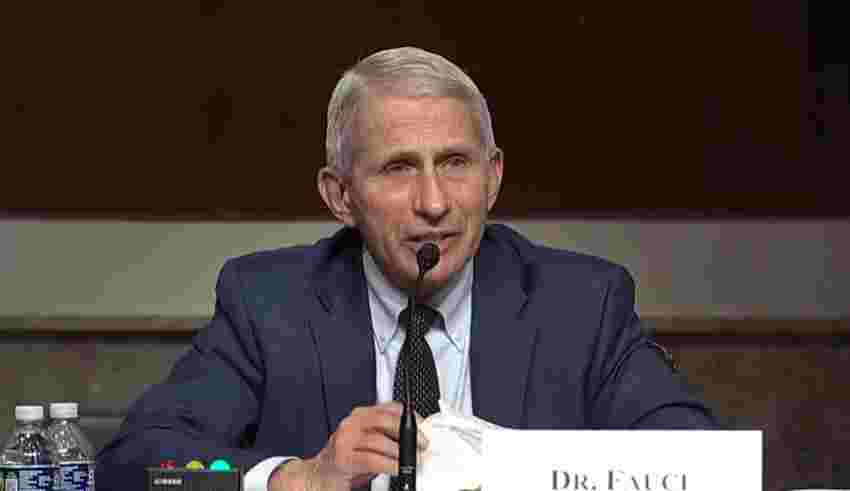 SPRING HILL, FL – During the Covid epidemic the mass media had experts like Dr. Anthony Fauci and Dr. Deborah Brix who were initially anointed sole experts of the Corona virus epidemic. Many of the decisions these scientists made turned out to be incorrect. Other scientists investigating Covid worldwide demonstrated the ineffectiveness of their early mandates and approach.

The 2020 Covid epidemic mandated a total national lockdown as compared to the seven previous ones. The 1918 influenza virus was a failure of coercion and quarantining as the people did not sufficiently comply. The 2020 Covid epidemic produced economic calamity that allowed the government to print trillions of dollars conning the citizens with stimulus checks while increasing their taxes. With government money comes control.

The number of people with Covid-19 increased as the government incentivized the hospitals with additional funds for any patient, they stated died of Covid. This false increase in Covid-19 deaths increased fear that the government exploited to increase their power. The fear factor gave governments the power to limit our freedoms. This was the first time a quarantine included physically well people.

Dr. Jay Bhattacharya, highly recognized research expert on infectious diseases, questioned the methodology and reported studies contained questionable results that the CDC relied on to create requirements and practices. Dr. Scott Atlas, an advisor to the Trump administration, and Victor David Hanson both Hoover senior fellow became critics of many practices and mandates of the CDC and NIH, which turned out to be correct. Dr. Vladimir Zelenko, world renown physician and Nobel Peace Prize nominee, and Dr. Joseph Mercola both confirmed that Ivermectin was an effective part of the protocol to combat the Corona virus. They received ridicule for their statements. The NY Times reported ivermectin was not beneficial against Covid-19. This fact is being called into question. The FDA now says they only recommended that individuals not take ivermectin.

The obvious shortcoming of the CDC was that there were few scientific control studies done in the United States. Without scientific substantiation of the CDC recommendations, they were at best, questionable and some counterproductive. On other hand, Israel, had scientific studies whose results guided their Covid policies.  There should have been open questioning and debate about any procedures and the results, which is how science is supposed to work. As of today, there have been no long-term studies of the Covid vaccine efficacy or long-term effects on human health.

Dr. Fauci, director of the National Institute of Allergy and Infectious Diseases (NIAID) falsely stated that the covid vaccine gave more immunity than recovering from the disease itself. This ridiculous statement was finally reversed to conform to well established medical knowledge. Dr. Fauci went so far as to call himself “the high priest of science” where an attack on him is an “attack on science.”

Alex Berenson, an expert on disease research, was originally cancelled from Twitter by pressure from the Biden administration. His statements of the efficiency of various practices to curtail the epidemic was based on scientific studies done worldwide. The woke media would not recognize his expertise and disregarded his statements. He went on the offensive and sued Twitter for being removed from the platform and won. He demonstrated he was not a charlatan or conspiracy theorist but a truth teller.

The covid policies such as staying 6 feet apart, mandated masks, closed gyms, and nationwide church and school closure were found to be unnecessary. Unvaccinated people were removed from their jobs as the vaccine was mandated. These corrupt fiats from our government bureaucracy created false science to sell their political agenda. The practice of using questionable science to attain political goals has gone on for years. Corrupt governments use scientific lies to force their radical political agenda down the throats of citizens.

Any so called “deniers” have the protection of the First Amendment of the United States constitution: Freedom of Speech. This allows all citizens to express their ideas. Once our government denies the expressing of our opinions, we are no longer a free nation. The use of our government to cancel people for opinions that disagree with government policy supported by our corporate/mass media cartel must be stopped. The citizens should be encouraged to voice their opinion not be ridiculed, cancelled, fined, or jailed. The First Amendment is the foundation of all our freedoms.

According to our constitution our citizens direct representatives to do what the citizens want, not the government manipulating the people what to think and do. Controlling citizens by intimidation through agencies and personal attacks on people’s character needs to end.

The use of capricious government mandates during any crises only increases the government power to repress the people. Let us not give up our rights and freedoms under the guise of corrupt politicians frightening us to allow them to be tyrants to gain more power and money.