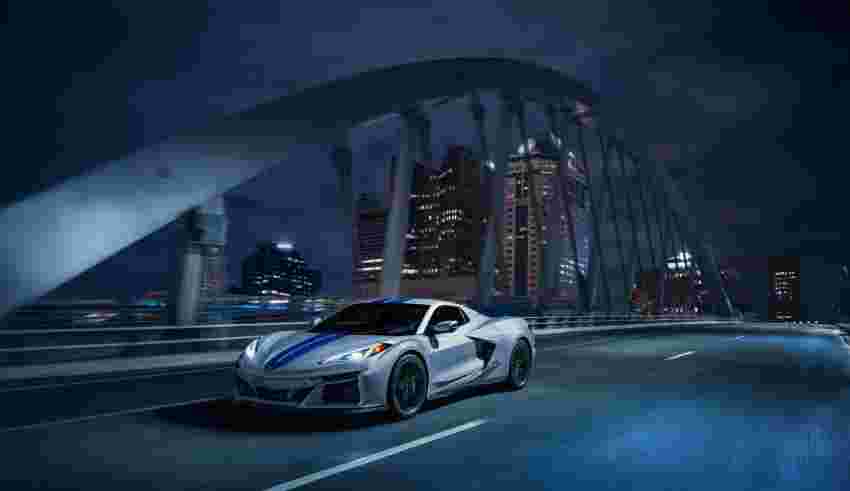 After 70 years, the Corvette goes further than ever.

By now, just about every car enthusiast knows about the level of impact that the 8th-generation Corevette has on the storied name with its mid-engined layout. Throughout the car’s long history, Chevrolet has hinted at the potential for the car to be mid-engined, and when it finally happened, it delivered on its promise of being the most radical Corvette yet when it comes to performance, reaching speeds and 0-60 times of cars with price tags exponentially higher, and production numbers exponentially smaller. However, now that exactly 70 years to the day have passed since the reveal of the very first Corvette at 1953’s Motorama in New York City, Chevrolet has announced the new 2024 Corvette E-Ray.

With the incredible naturally aspirated, small-block 6.2-liter LT2 V8 engine, the E-Ray also uses a hybrid system and for the first time, features electrified all-wheel drive, making for the quickest production Corvette the world has ever seen. After 70 years of being America’s world-class performance car, the Corvette continues to take its name to new heights, and rather than rest on its laurels (of which it has many), with the E-Ray, the Corvette now seeks to go after the exclusive and predominantly European club of hypercars, and it’s truly something special.

The C8 Corvette is a bona fide supercar as it is, but the C8 Corvette E-Ray review definitely reaches towards the extra-special designation of hypercar. Of course, it maintains the same mid-engined layout and exotic look as other C8 models, but also boasts the wider, lower stance of the Z06, and features wider tires to handle the electrified torque delivery. Speaking of that torque delivery, the performance of the new 2024 Corvette E-Ray is absolutely incredible.

Because the electric power is delivered through the front wheels, and the engine’s power is delivered through the rear, the result is an electrified all-wheel drive system that makes the E-Ray unique from the rest of the Corvette lineup as one of the world’s few all-wheel drive supercars, able to deliver high performance in various seasonal conditions. In addition, the 2024 Chevrolet Corvette E-Ray transmission, an 8-speed dual-clutch automatic, ensures quick shifts and confident performance on road and track.

One of the features that distinguish the E-Ray from other C8 Corvettes are unique wheel designs for the model. Exclusive to the E-Ray, owners can opt to have their car finished with a body stripe in Electric Blue. Also, the E-Ray is available both with the Corvette’s removable roof, and as a hard-top convertible. Unique to the electrified E-Ray, a new Stealth mode will allow drivers to quietly drive using all-electric, front-wheel drive power at speeds up to 45 mph before the beastly V8 engine does anything at all. The engine does come to life when the battery is depleted, if additional torque is needed, or if the driver goes above the 45-mph speed limit.

Another useful feature for times when performance isn’t the main objective include the E-Ray’s Active Fuel Management, which allows the V8 engine to operate with only 4 cylinders, teaming up with the electric system for efficient driving. However, on the track, the electric system still plays an important role, with the front wheels getting torque from the system when needed to optimize performance, and the Charge+ feature being an option for when battery power needs to be conserved to do as many laps as possible.