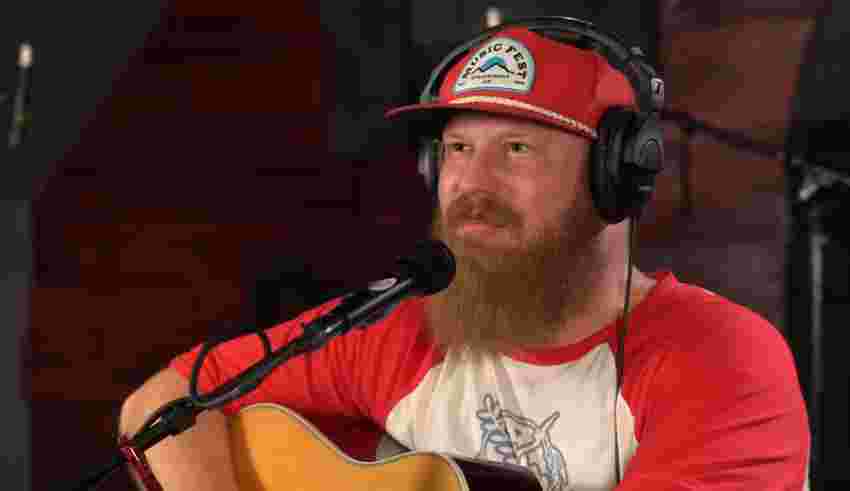 HOLDENVILLE, OK – Country singer Jake Flint died in his sleep Sunday morning at the age of just 37, hours after getting married on Saturday evening, according to a statement issued by his publicist, Clif Doyal.

The official cause of death has not yet been released, pending the result of an autopsy, but it has been confirmed that he passed away without warning while slumbering following the wedding ceremony.

Flint’s wife Brenda – now suddenly a widow – posted a video of the two on Facebook dancing and frolicking in good cheer at their wedding, and included a caption that said “I don’t understand.”

She followed up that post with another one on Tuesday, saying that

“We should be going through wedding photos but instead I have to pick out clothes to bury my husband in. People aren’t meant to feel this much pain. My heart is gone and I just really need him to come back. I can’t take much more. I need him here.”

Doyal told E! News in a statement on Wednesday that Flint was “a prolific songwriter, recording artist, and in-demand live performer throughout the Midwest and Southwestern US.”

“As a testament to his kindness and humanity, he was also a tireless supporter of his fellow artists, always willing to lend a hand to help anyone who needed it,” he said. “With his infectious smile and disarming sense of humor, he was loved by many, and I believe that, along with his music, will be his lasting legacy.”

Flint was raised in Holdenville, Oklahoma, and moved with his family to Tulsa in the early 1990s, where he attended Metro Christian Academy. He was inspired by folk music and Texas singer-songwriters like Guy Clark and Townes Van Zandt, and 1990s grunge rock, among other types of music.

Flint released two studio albums before his death: 2016’s “I’m Not Okay” and 2020’s “Jake Flint,” as well as two live albums: 2018’s “Live and Not OK at Cain’s Ballroom” and 2021’s “Live and Socially Distanced at Mercury Lounge.” He charted three singles on the Texas Regional Radio Report, and was named Breakout Artist of the Year in 2019 by the We Are Tulsa Music Awards.

Rumors have been circulating online based on an Instagram post Flint made on April 21, 2021, where he displayed his COIVD-19 vaccination card with the caption, “Fully Vaxed to the max and ready to make some tracks to Halifax or wherever else. Key West preferably.”

The news has fueled speculation that Flint’s death may have been caused by a malady related to his vaccination, with Dr. Peter McCullough, a noted cardiologist who has been accused of spreading COVID-19 misinformation, declaring in a interview that the singer’s passing was most likely due to “vaccine-induced myocarditis,“ also known as heart inflammation.

“Based on what we know, unless there’s some other cause of death, the working diagnosis is that it’s subclinical vaccine-induced myocarditis,” McCullough said. “As far as we know, [the COVID vaccine] is the only thing that he took into his body to damage his heart.”

It should be noted that McCullough’s diagnosis is completely speculative in nature and currently devoid any personal involvement in the case.

However, responding to the rumors surrounding his client’s passing, Doyal issued a statement claiming that Flint did not pass away from vaccine-related complications, despite the fact that official autopsy results are still pending.

“I am the official publicist for Jake Flint and his family,” Doyal said. “I can verify from them, and from my own personal knowledge, that Jake Flint’s sudden and tragic death was not related in any way to the COVID-19 vaccine. Pending an official autopsy report there will be no further comment.”