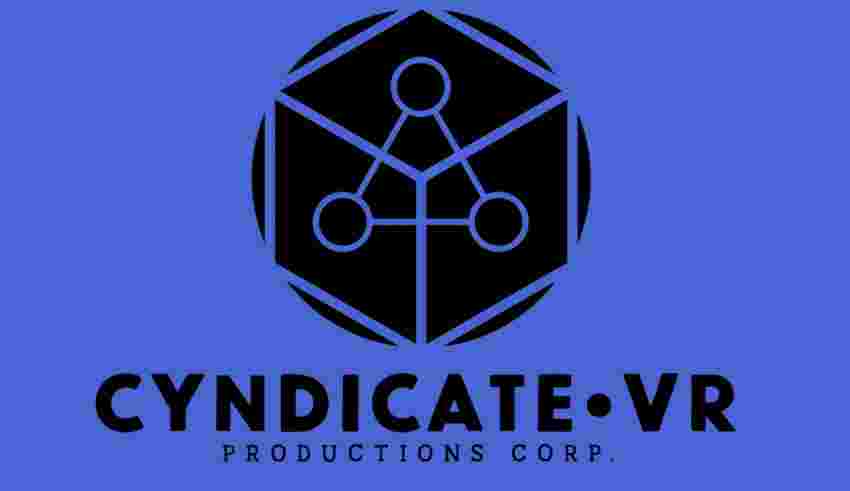 Over the past year, I’ve become more interested in virtual, augmented and mixed reality, how the technology affects our world, and what we can learn from it. Virtual reality can make games far more immersive than a typical gaming experience. That’s why the first title from new virtual reality studio Cyndicate caught my eye.

Cyndicate develops narrative game experiences with VR in mind. To create this content in the best way possible, the studio’s team comes from different areas of the film and gaming industry. For example, Dave Senior Jr. worked on TV series like Canadian-made Orphan Black and Ubisoft games like Far Cry 5, Far Cry New Dawn, Assassin’s Creed Odyssey, The Division 2 and Watch Dogs Legion. On the other hand, Cynthia Preston has an impressive IMDB with an extensive background in movies and TV shows like Murdoch Mysteries, American Gods and Mute, where she met Senior Jr. (who also worked on Mute). Though Preston won’t be acting in the VR experiences, her knowledge of film brings a perspective regarding how characters will speak, what they say and more. Finally, Caitlin Garvey has taken on various roles at the Toronto International Film Festival.

Cyndicate started with Garvey’s The Chrysalis Protocol — a dark and gritty story with a Black Mirror vibe — that was a top ten finalist for the Penguin House Canada Student Award for Fiction in 2021. Garvey was put in touch with Preston through a family friend, who was very excited about his writing and wanted to create a film, which Senior Jr. redirected into a virtual reality game experience. After speaking with various people in the industry, they decided that Garvey’s idea wasn’t perfect for a VR experience, so they came up with another concept. This idea was Lost Legacy VR, an action-adventure narrative designed with fans of Tomb Raider, Indiana Jones and Uncharted in mind. However, the project eventually featured a space theme and became S.T.A.R.S VR Delta Lift Off.

Delta Lift Off is a first-person space-focused virtual reality title and Cyndicate’s first release. The game offers a narrative experience where you pilot a spacecraft and navigate to a lunar outpost. You have Houston in your ear, and you navigate through a realistic space capsule launch. Cyndicate says that it worked hand-in-hand with the Space Force Association, a non-profit organization partnered directly with the United States Space Force and space professionals.

With the help of this organization, S.T.A.R.S Delta Lift Off aims to put you in the seat of an astronaut and give you an authentic experience of what a space capsule might look like 10 years into the future, complete with an AI called Luna.

It won’t be an exact one-to-one representation, as requested by the Space Force Association, but it aims to be a real holistic space experience, the team explained during an interview with MobileSyrup. Cyndicate says it’s working with astrophysicists, mathematic consultants and other scientists. Because of its realistic nature, anyone with even just a passive interest in space can just put on the headset and enjoy the experience. However, it’s also a game, so if you’re in it for the challenge and have knowledge of physics, Delta Lift Off has that in-store as well.

Senior Jr. says that Santa Monica’s God of War is the gold standard in cinematic storytelling due to its emphasis on telling a story without any interruptions (2018’s God of War and its sequel God of War: Ragnarok feature no loading screens), and that’s Cyndicate’s goal as well.

The team is working to ensure the game offers roughly an hour-long experience. However, it’s broken up into acts just in case you don’t want to wear a virtual reality headset for a long period.

Overall, Cyndicate’s first project, Delta Lift Off, will be fairly linear. Of course, there will be gameplay elements that involve failure conditions, where you’ll have to try again. Following the initial launch of Delta Lift Off, Cyndicate plans to launch seven to eight more S.T.A.R.S missions. The plan is to make these missions more and more complex with NPCs as your companions and crew mates, but Delta Lift Off is the main focus, where Cyndicate really wants to make you feel like the player is the star of the story.

Garvey says that dialogue choices are something they’ll consider looking at down the road. Additionally, Cyndicate’s Lost Legacy will offer more narrative pathways with replayability.

This first title will be available through the Oculus Store and Steam VR and is compatible with various virtual reality headsets.

Delta Lift Off isn’t ready for lift-off just yet, but you can join the waitlist, here.