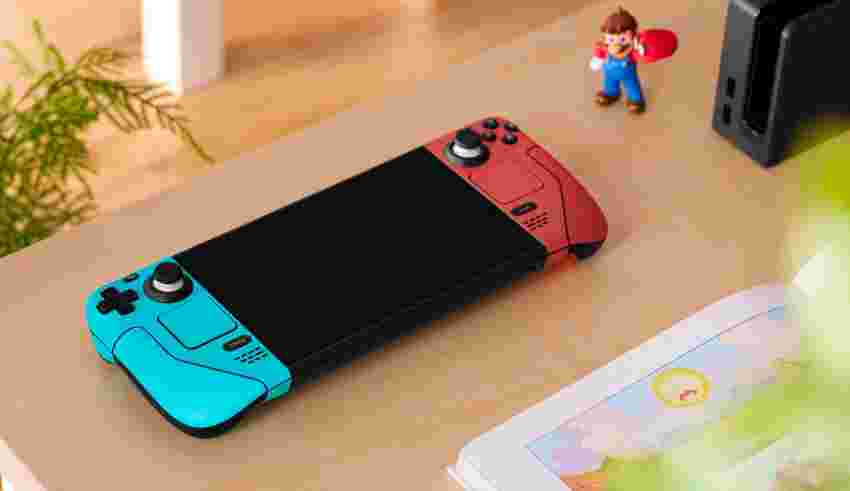 Toronto-based dbrand is back at it again, and this time it’s nearly literally asking Nintendo to send an army of lawyers after it.

Valve’s impressive Steam Deck is undeniably very similar to Nintendo’s Switch in several ways, but mainly in its portability and ability to dock and be played on a television. It’s also, in some ways at least, the more powerful “Switch Pro” many people have been asking for.

While there are many things to like about the Steam Deck, it’s also kind of boring looking.

In an effort to spice up the Steam Deck’s design (and troll Nintendo in the process), dbrand has revealed a new ‘SwitchDeck‘ skin package that looks strikingly similar to the Switch’s iconic blue and red Joy-Con controller design. There are even rear cutouts for the Steam Deck’s back buttons and what looks like a censored Switch logo. (Is it blurred out on the actual skin? Who knows!) The Switch Deck starts at $49.95 USD (roughly $66.90 CAD). 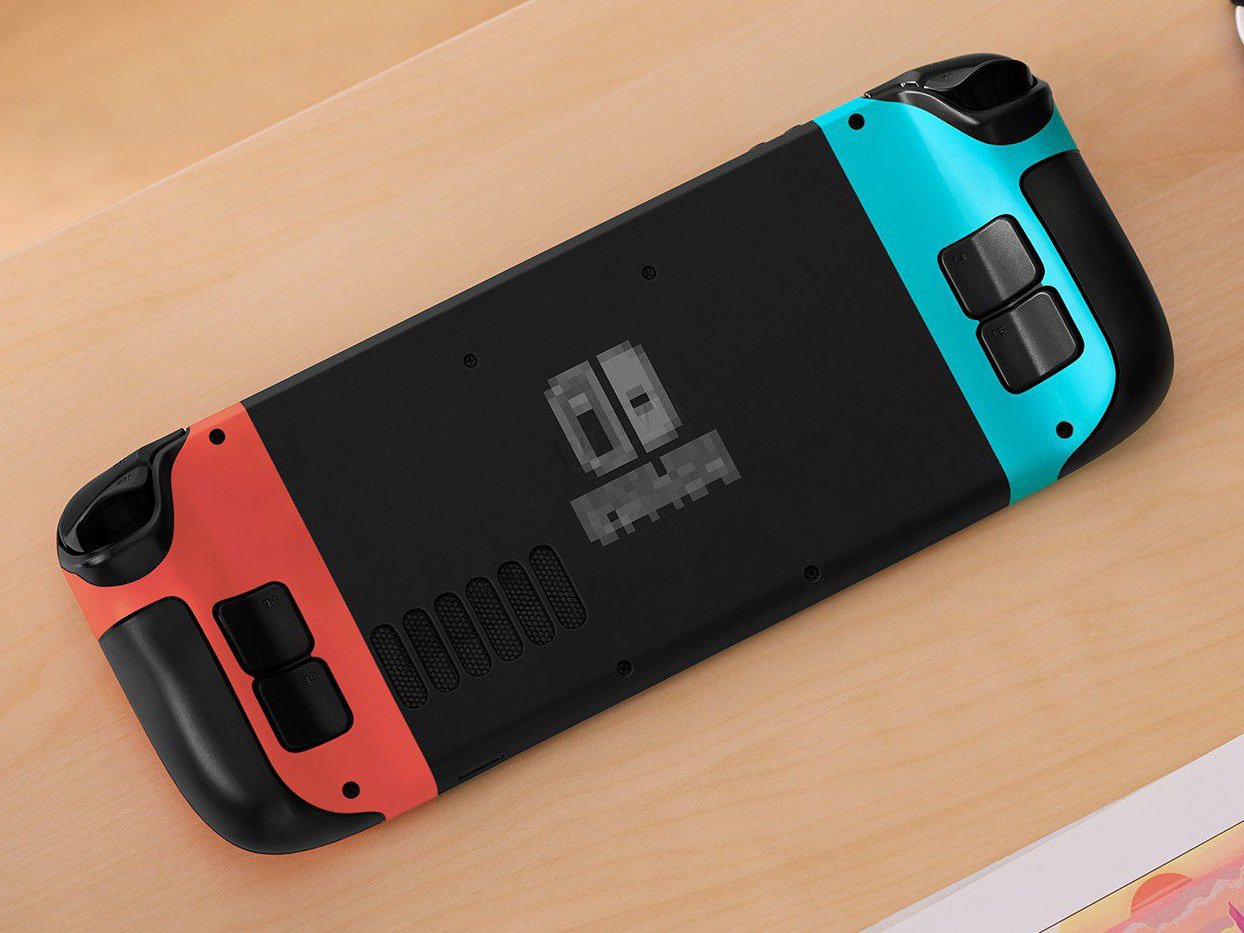 Along with the trolly new skin, dbrand has also launched a new ‘Killswitch Case‘ that includes a heavy-duty case, skin and detachable Kickstand. Other Steam Deck protection products include a glass screen protector (I actually own one, and it’s great) and ‘Stick Grips’ thumbstick covers. dbrand’s SwitchDeck Case starts at $45 USD ( roughly $60.27 CAD).

While the Killswitch Case looks great, it’s also kind of bulky, which means the already massive Steam Deck will feel even bigger. I also find it hilarious dbrand seems to have sawed the Steam Deck’s sides off to make it look like a Switch in several promotional images, as seen below. 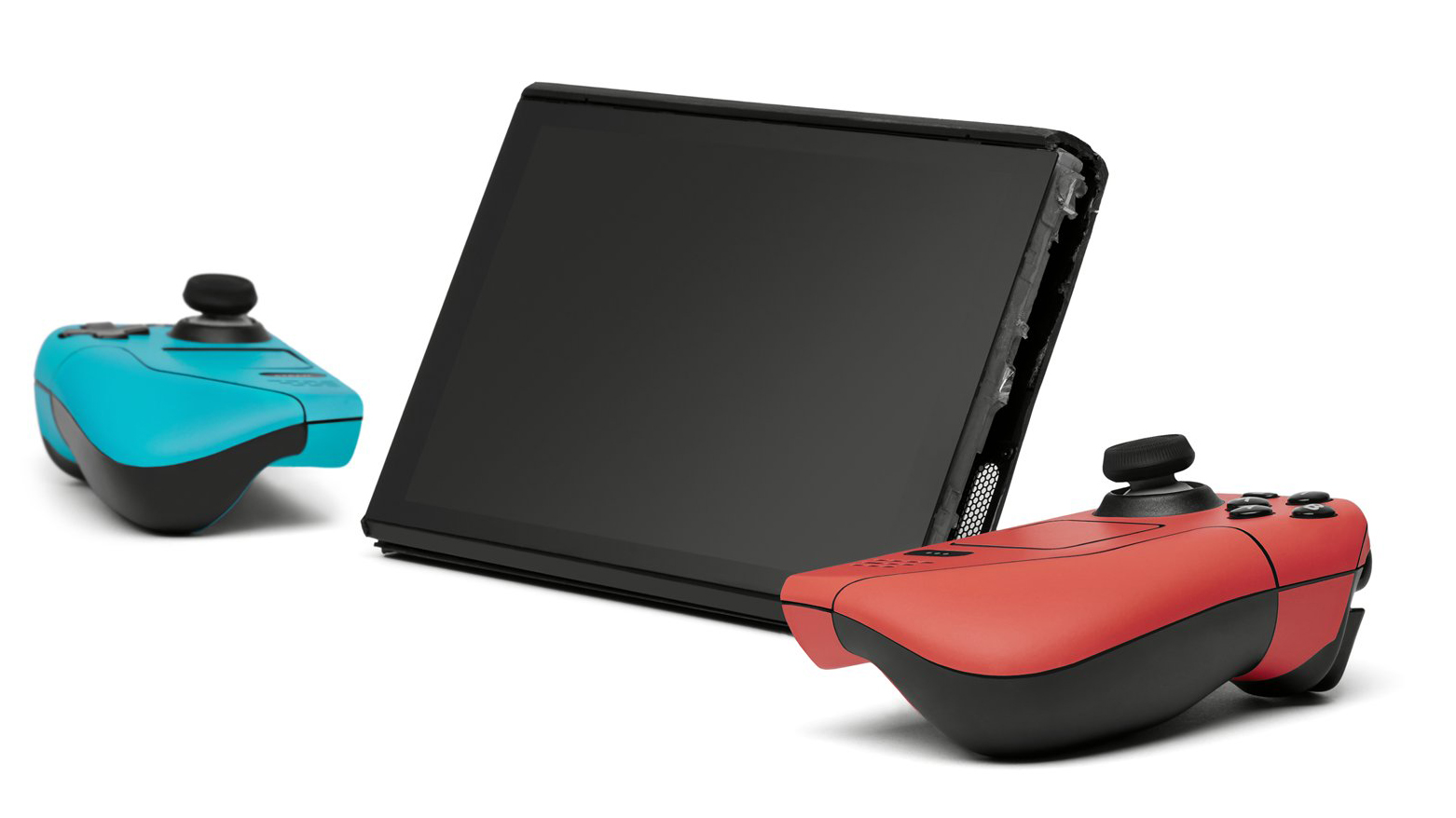 Of course, dbrand recommends that people “don’t try this at home.” If you’re interested in buying this skin, it’s wise to act fast. Likely, it won’t be around for very long once it’s on Nintendo’s radar.

Back when the Steam Deck first released, I described it as the handheld of my dreams but cited several glitches, lack of game support and the difficulty I experienced getting emulators up and running on it. After picking the Steam Deck back up again this past weekend to dive back into Red Dead Redemption II, I’m happy to report that most of those problems have been solved. The handheld has come a long way in a brief period of time.