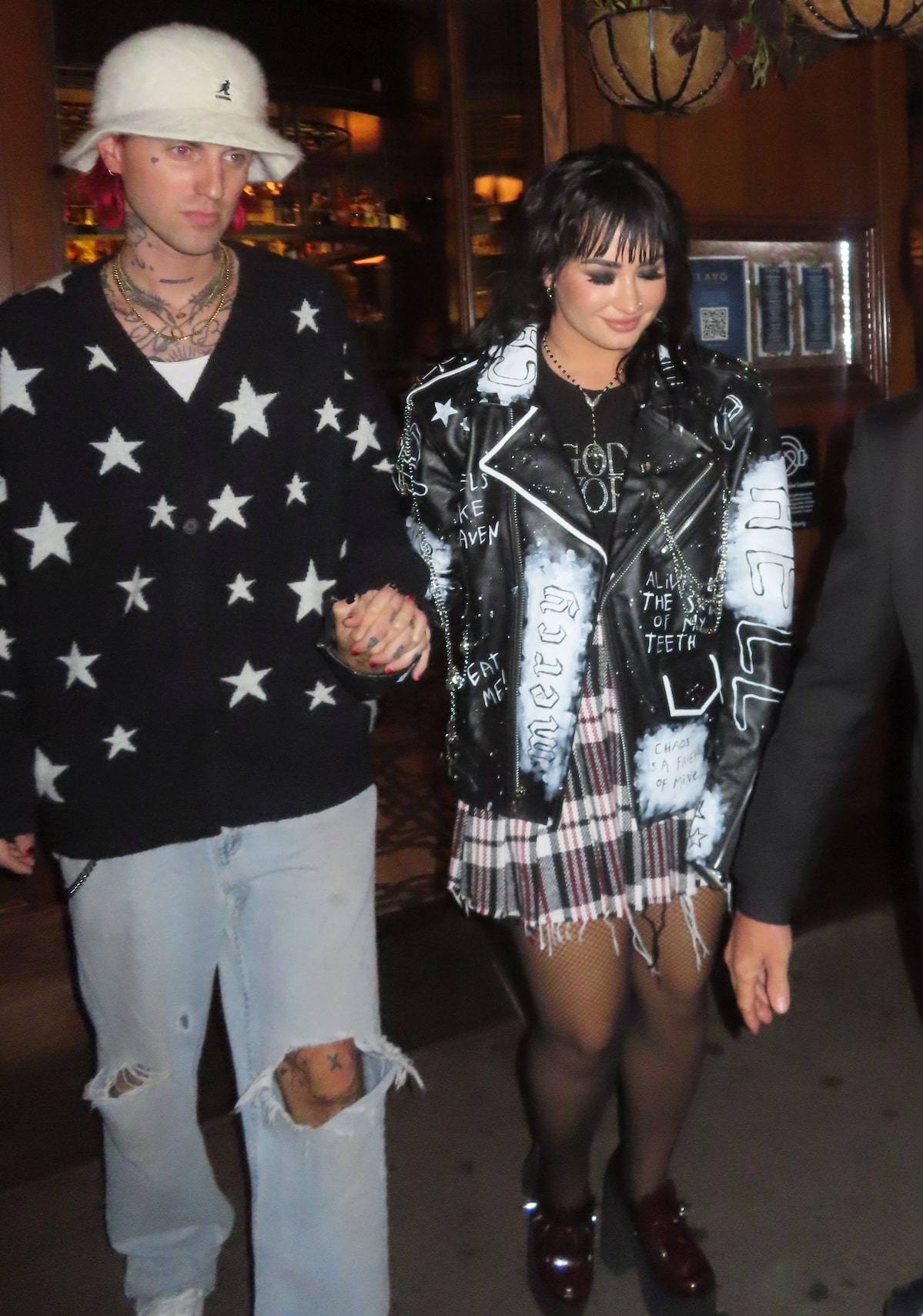 Demi Lovato is opening up about her new album “Holy Fvck.”

“Extra’s” Katie Krause spoke with Lovato about how her new relationship inspired much of the music.

The interview was taped just before Demi went public with musician Jute$.

She dished, “I am seeing someone right now and I’m very, very happy and I feel like that’s inspired so many of the love songs on the album.”

While she wanted to keep the relationship “private as long as possible,” she was well-prepared to eventually “share that with my fans.”

As for how Jute$ inspires the album, she explained, “It’s just like, the way that it makes you feel and also that connection with someone that you have… You have to find someone that is your best friend that makes you laugh. Laughing is so important to me.”

She noted, “Too many times, I’ve been in relationships where, like, the person is just attractive or there is just an intense connection. When you find someone that’s all of it, it makes it completely different.”

Demi was previously engaged to Max Ehrich, but they called it quits in 2020.

Along with love, the album’s themes include addiction and losing friends. She pointed out, “There’s a song called ’29,’ which was difficult to write and sing as well.”

She emphasized, “What I want people to know about sobriety and recovery is that it’s possible. It’s a journey, there’s ups and downs and no one’s perfect, but once you can get through the hump, it’s totally absolutely worth it.”

When talking about the song “Happy Ending” she admitted, “I don’t know that I’ve ever been so honest and vulnerable in a song before… That was something I wrote in a dark time for me and through depression.”

Demi also got candid with her views on fame, saying, “Fame today is still very challenging. There’s a lot of pressure, it causes anxiety and stress sometimes, but when I focus on the creative process and then the performing process, you know, it’s a lot easier and I just have to remember that when it comes to the music.”

Referencing her past struggles, she stressed the importance of evolving. She said, “I’m going to have ups and downs in my life, but like being in a place where I’m accepting of it.”

Lovato explained why her sober journey nowadays is different from the past. She commented, “I was just kinda doing it for other people, and that’s what made it a struggle… I’m finally doing it for me and it doesn’t feel like a struggle… I’m not waking up and thinking about it.”

Demi also discussed the meaning of her album “Holy Fvck,” saying, “The dichotomy between good and evil, there’s a lot of that on my album… There’s a lot of yin-yang energy.”