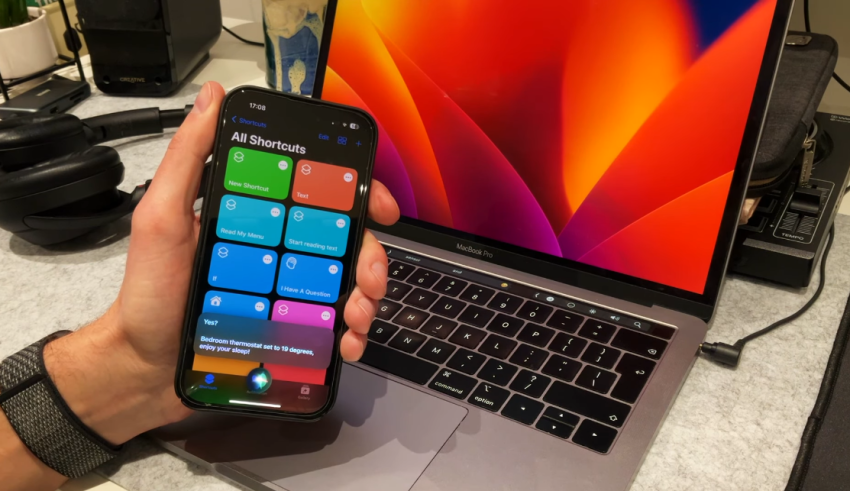 A developer has created a demo that displays their attempt at enhancing Apple’s Siri voice assistant by integrating it with a powerful AI language model —  GPT-3. GPT-3 is a language model made by OpenAI, which also made ChatGPT based on GPT-3.5.

In a video shared on Reddit and spotted by The Verge, developer Mate Marschalko showed off the assistant in action by controlling his smart home devices and responding to relatively vague prompts that regular voice assistants like Siri and Alexa would typically struggle to understand. For example, at the beginning of the video, Marschalko says, “Just noticed that I’m recording this video in the dark in the office. Can you do something about it?” The GPT-3-powered assistant replies with, “Turning on the lights for you.”

“I can help you with tasks related to controlling lights, thermostats, towel rails, underfloor heating and ventilation in your home. I can also help you with parenting, free time, mental health and more,” said the assistant when asked what it can do.

Marschalko has set the assistant up via the Shortcuts app on the iPhone, as revealed in a separate Medium post. A voice command to Siri causes Shortcuts to send a prompt to the GPT-3 AI service, which then responds in a machine-readable format. Shortcuts then parse the response to control smart home devices and/or respond via Siri.

“I was able to achieve all this by simply asking GPT-3 in my prompt to pretend to be my home assistant, listed the items in my home, a few other details about time and location, and then asked it to respond in a structured, categorised data format (JSON) which I could then use to trigger the control messages in HomeKit in a series of if..else statements in a single Siri Shortcut,” wrote Marschalko.

Although the demo is intriguing, it is not perfect. Marschalko states that each command costs $0.014 per API request sent to GPT-3, and the video is edited, so it is unclear if the demo works 100 percent of the time, or if Marschalko is showing favourable responses. Whatever might be the case, the demo offers fascinating hints of what voice assistant interactions might be possible if companies like Apple, Amazon, and Google integrate this technology into their services.

Source: u/Mate_Marschalko, Via: The Verge