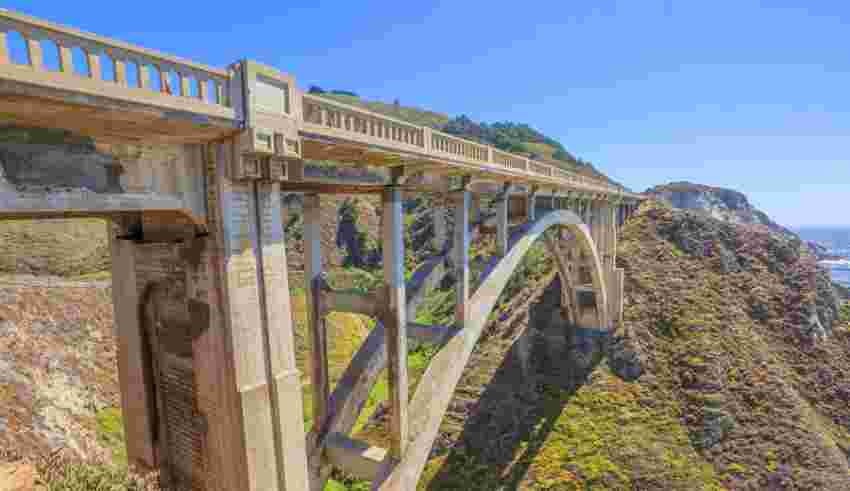 NEW YORK, NY – Infrastructure in America is in dire need of attention and investment. Bridges, tunnels, and highways across the country are showing signs of deterioration and disrepair, putting the safety of the traveling public at risk.

One of the most visible examples of this problem is the state of America’s bridges. According to a report by the American Road and Transportation Builders Association, more than 56,000 bridges in the United States are considered “structurally deficient,” meaning that they are in need of repair or replacement. This is nearly 10% of all bridges in the country, and these structures carry millions of vehicles every day.

The consequences of neglecting these bridges can be severe. In 2018, the collapse of a bridge in Florida killed six people and injured ten others. In 2019, a bridge in Minnesota collapsed, causing significant damage and forcing the closure of a major highway. These incidents highlight the urgent need for action to address the crumbling infrastructure in America.

If the San Francisco Golden Gate Bridge were to collapse, it would likely have serious consequences for the city and the surrounding region. The bridge is a major transportation artery, carrying more than 100,000 vehicles per day and providing an important link between San Francisco and the communities to the north.

If the bridge were to collapse, it would disrupt the flow of traffic and commerce in the region, causing significant delays and economic losses. It would also have major implications for emergency services, as the bridge is a critical route for ambulances, fire trucks, and other emergency vehicles.

In addition, the collapse of the Golden Gate Bridge would be a major disaster from a human perspective. It is likely that there would be fatalities and injuries as a result of the collapse, and the emergency response would be complex and challenging. The psychological impact of such an event would also be significant, as the bridge is an iconic and beloved symbol of San Francisco and the surrounding area.

In addition to bridges, America’s tunnels and highways are also in need of repair. Many tunnels are old and were not designed to handle the volume of traffic that they currently carry. As a result, they are prone to flooding and other types of damage. In some cases, these tunnels have had to be closed to traffic due to safety concerns.

Highways, meanwhile, are plagued by potholes, cracks, and other forms of damage. This not only creates a safety hazard for drivers, but it also leads to increased vehicle maintenance costs and delays for motorists.

The neglect of America’s infrastructure is a problem that has been decades in the making. Funding for infrastructure projects has been consistently inadequate, and as a result, many of the country’s bridges, tunnels, and highways have fallen into disrepair.

As the population grows and more vehicles are on the road, the stress on roads, bridges, and tunnels can increase, leading to more wear and tear and the need for more frequent repairs.

There are many factors that may have prevented America’s transportation infrastructure from being repaired in the past. One possible reason is inadequate funding for maintenance and repairs. In recent years, the federal government has provided funding for infrastructure projects through programs such as the Highway Trust Fund, but this funding has not always been sufficient to keep up with the growing need for repairs and upgrades.

Another factor is the lack of political will to address the issue. Infrastructure projects can be expensive and time-consuming, and they may not always be popular with voters. As a result, political leaders may be reluctant to prioritize infrastructure funding and may instead focus on other issues.

Addressing the challenges of repairing America’s transportation infrastructure will require a combination of increased funding, effective management, and the adoption of new technologies and construction methods.

Some countries also use tolls or user fees to fund projects. This can involve charging drivers a fee to use certain roads or bridges, with the revenue being used to maintain and improve the infrastructure.

Ultimately, the best approach to dealing with crumbling infrastructure will depend on a variety of factors, including the country’s financial resources and its political and economic systems.

In the past, the US government has allocated funds to states and local governments to help repair and maintain their transportation infrastructure. The Federal Highway Administration (FHWA) is responsible for providing financial assistance to states for the construction, rehabilitation, and maintenance of highways, bridges, and tunnels. The FHWA provides funding through various programs, such as the National Highway Performance Program, which provides funding for the preservation and improvement of the nation’s highways, bridges, and tunnels.

The good news is that there is a growing awareness of this problem and a growing consensus that something must be done to address it. In recent years, there have been calls from both political parties to work together to solve this burgeoning issue.

Democrats and Republicans can work together to identify solutions to America’s infrastructure problems and develop policies to address them. This could include increasing government funding for infrastructure projects, pursuing public-private partnerships, or implementing tolls or user fees to fund road repairs and improvements.

It is also important for political parties to work with state and local governments to ensure that infrastructure projects are adequately funded and effectively managed. By working together, America’s lawmakers can help to address the challenges facing America’s roads and highways and ensure that the country’s infrastructure is in good repair. It will take time and patience, but it can be done.