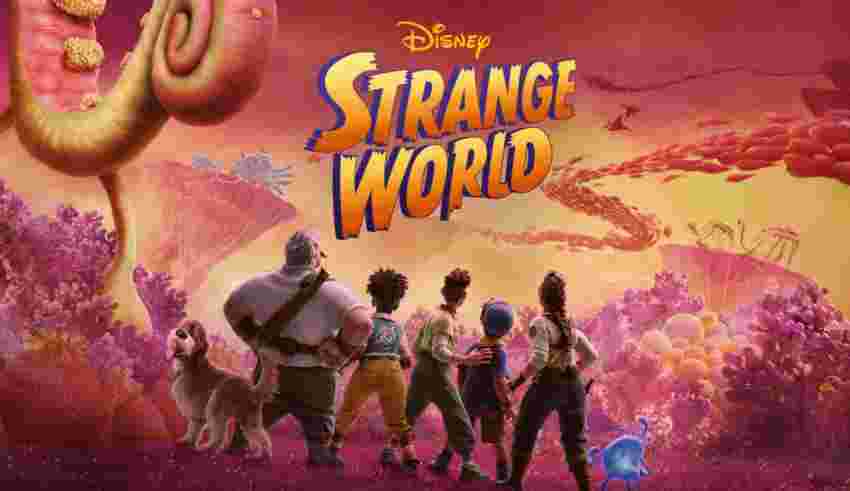 Walt Disney Animated Studios’ Strange World is arriving on Disney+ ahead of the holidays. On December 23rd, the film will be widely available to subscribers to watch.

Strange World is a brand-new animated film from Walt Disney Studios. It stars an eclectic cast comprised of Jake Gyllenhaal, Dennis Quaid, Jaboukie Young-White, Gabrielle Union and Lucy Liu. The film tells the story of a family of explorers known as the Clades. The family set out to explore a mysterious land inhabited by strange lifeforms in hopes of gathering resources. However, the Clades must set aside their differences if they want to return home in one piece.

They’re in their element when exploring this world…

The film recently debuted in theatres on November 23rd. However, it received fairly poor reception at the box office. The film has an estimated budget of $120 million USD (roughly $163 million CAD). However, Strange World grossed only $30.5 million USD (approx. $41.6 million CAD) in Canada and the U.S. A worldwide box office is estimated to be around $53.5 USD (around $73 million CAD). Disney is expected to fall short of a return on the film’s budget.

As for why the film didn’t hit its mark is anyone’s guess. Current reviews for the movie are more or less positive. Rotten Tomatoes has Strange World listed at 74 percent on the Tomatometer. However, a general consensus is that the marketing for Strange World was weaker than previous Disney animated films.

While the film’s box office success may not have panned out for Disney, Strange World may receive new life on Disney+. Launching around the holidays is a great excuse for families to sit down and find out whether the film is indeed a flop or a hidden gem in Disney’s catalogue.