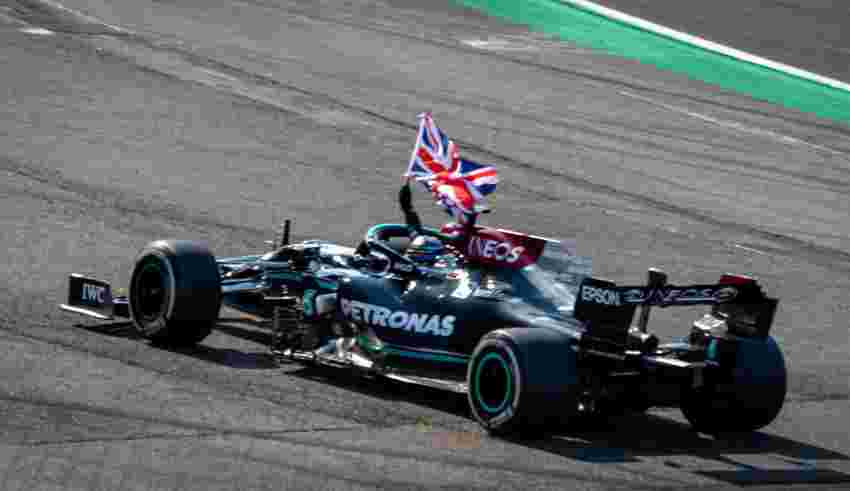 Formula 1’s governing body, the FIA, is not foreign to controversy and criticism. With a history of somewhat questionable decision-making and often a lack of genuine effort to govern, the FIA are again under a wave of criticism. Making a move to ban unapproved political, religious, and personal statements in the updated 2023 regulations, can Formula 1 truly claim ‘We Race as One?’

The latest update to Formula 1’s FIA 2023 International Sporting Code, more commonly referred to as the regulations, features a new controversial rule. Featured in Article 12 Offences or infringements and penalties, section 2.1.n states a ban on “the general making and display of political, religious, and personal statements or comments notably in violation of the general principle of neutrality promoted by the FIA under its Statutes, unless previously approved in writing by the FIA for International Competitions, or by the relevant ASN for National Competitions within their jurisdiction”. These new rules set a precedent in Formula 1 that surely goes against most forms of freedom of expression.

Likely triggered by the gestures made by Sebastian Vettel and Lewis Hamilton over the last few years on the grid, the FIA have expressed discomfort and concern with mostly political gestures on the grid. The FIA’s president Mohammed Ben Sulayem has spoken against drivers and their campaigning, claiming that Formula 1 has become “too political”. Condemned by the very people who should be supporting and amplifying their very simple beliefs, none of the drivers has made particularly radical moves to support their campaigning with their activism primarily based on amplifying established movements. It’s nothing far-fetched like robot rights or campaigning for aliens in Formula 1, drivers are only asking for equality.

Activism in Formula 1 is relatively new with larger gestures being made in the last few years by Sebastian Vettel and Lewis Hamilton. During the 2020 Tuscan Grand Prix, Lewis Hamilton wore a shirt on the podium that read ‘Arrest the cops who killed Breonna Taylor’ with the back featuring a picture of her face and the words: ‘Say her name.’ Breonna Taylor was shot and killed in her apartment by two police officers in March 2020 with no arrests months after when Lewis Hamilton wore this shirt during the Grand Prix in September 2020. While making an incredible gesture that raised awareness and amplified the movement, the FIA investigated Hamilton for his actions and attempted to reinforce a ban on clothing on the podium.

Another instance of activism on the grid can be seen by Sebastian Vettel wearing a ‘Same Love’ shirt in support of the LGBTQ+ community during the 2021 Hungarian Grand Prix in protest against the Hungarian government restricting education on queer issues. Vettel and three other drivers were reprimanded for failing to remove their shirts before the anthem on the grid right after the gesture during the WeRaceAsOne campaign. Having supported and amplified a local issue on their own accord, the FIA seemed to conflate drivers’ personal opinions with the FIA’s opinions. It comes as no surprise that they would want to enforce neutrality to avoid upsetting nations that bring millions of dollars into their pockets.

Drivers such as Pierre Gasly are left in a grey area with these new rules. Gasly performs a sentimental pre-race ritual where he crouches and signs the cross in front of his car and then points to the sky before every race; this was previously permitted and regarded as a common practice but with the introduction of Article 12.2.1.n, he could be reprimanded. While it may not initially seem like the intention behind the new regulations, it is evident that the effects echo through the grid. A seemingly harmless gesture like a religious tribute or pre-race ritual could be punished under this article simply because it differs from the FIA’s policy of neutrality.

With Article 12.2.1.n updated to give the FIA all jurisdiction and power in choosing the statements and gestures allowed on the grid, it poses a large threat against freedom of expression in Formula 1. It also raises a concern about to what extent the FIA will limit these gestures. If statements and comments are only to be approved by the FIA, will the same be extended to helmet designs? Drivers like Vettel and Hamilton have unveiled and worn pride helmets with rainbow motifs to further their support for the LGBTQ+ with Hamilton also featuring a Black Lives Matter symbol and quote on his helmet. Would drivers have to seek approval for helmet designs, or will it extend to gestures off-track too?

This news comes as no surprise to most fans with Formula 1’s half-hearted efforts to increase and support diversity in addition to a range of prominent issues in the sport. Sexism and racism are large factors in Formula 1 that are discussed and attempted to tackle by teams and drivers but not so much by the governing body of the sport. Formula 1 took one small step against their prevalent and inherent issues with their WeRaceAsOne initiative launched in 2020. Formula 1 describes this initiative as a platform to focus on sustainability, diversity and inclusion, and community. The initiative was never truly promising to begin with as the drivers were expected to stand in a somewhat organised affair ahead of the national anthem with partial freedom to make their own gestures at this time.

WeRaceAsOne was intended to give opportunity for equality and apparently activism, but this sentiment is fairly questionable with Vettel and many more being punished for doing that exact thing. The initiative always lacked heart at the core of its apparent sentiment with no enforcement being made for drivers who refused to take a knee in support of the Black Lives Matter movement. Although drivers are entitled to their own beliefs, what does this lack of willingness say for an initiative that supposedly wants to promote equality? This is only furthered exemplified by Formula 1 removing the kneeling gesture for the 2022 season after only 2 years of implementation.

While Formula 1 has made a few moves to extend funding commitment to the Formula 1 scholarship programme for underrepresented groups, there are still so many issues to tackle. A lot of gestures made by the FIA henceforth will seem either half-hearted or disingenuous considering their history of lack of support. There are simply far too many instances where figures in Formula 1 have been far too comfortable with racism. An example of this was in 2007, Hamilton’s first season in Formula 1; fans at the Spanish Grand Prix turned up in blackface and donned shirts saying: “Lewis Hamilton’s family”. An investigation was launched, but nothing ever truly came of it except a comment from Bernie Ecclestone saying that these acts are just “jokes”. Ecclestone went on to say that Hamilton should learn to “brush aside” these things, as well as repeatedly criticising him over the years for his fight against racism and even defending Nelson Piquet against a slur targeted at Lewis Hamilton.

With so many figures associated with Formula 1 so comfortable with opposing activism, it sends an awful message to the fans, teams, and drivers. The FIA can’t expect anyone to believe that Formula 1 as a whole is taking steps against racism, sexism, and homophobia when they take steps to ban anything against neutrality. Silence should never be an option and drivers should have the option to express their own beliefs. This also is more damaging for drivers than it may seem – it reduces them to almost robot-like figures who just expected to just drive the car. These drivers are human beings with nuance and personalities that should be expressed, whether it’s joking around in press conferences or campaigning for beliefs that they share. With so many bans on ridiculous things like jewellery and shirts on the podium, it just limits the drivers simply to doing their job with no expression. Is this the path the FIA would like to follow?

Vettel’s retirement leaves Hamilton somewhat alone in his activism on the grid with only a few other drivers taking large steps like the two world champions. Lando Norris did note that although he is shy, Vettel’s work with activism is inspiring and acknowledges that their off-track work is as important as their work on-track. This sentiment, while appreciated, is of relatively little use if not acted on. Norris and a lot of the next generation of drivers like Leclerc, Russell, and Verstappen will need to take large and bold steps towards activism to truly make an impact, especially with Article 12.2.1.n introduced. Now that Vettel has retired, what will happen to activism on the grid when Hamilton is also retired? Will this next generation of drivers simply conform to the FIA or truly fight for what they believe in? We will only see as time goes on, so now all there is left to do is hope for a more promising and open future for this sport; unless their reputation will be similar to that of FIFA.