Home Law \ Legal Does My State Have a Separation Requirement? 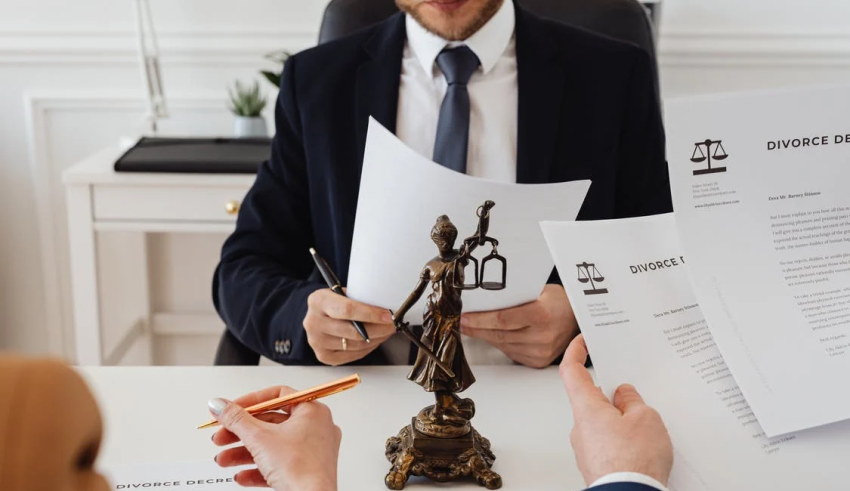 The divorce process is often not as straightforward as one would hope. Every state’s divorce laws involve different requirements, including the requirement to separate pre-divorce.

If you’re interested in pursuing a divorce, it’s helpful to understand whether your state has a separation requirement, and if so, what it entails. A lawyer can provide the guidance you need to navigate your separation and divorce.

Separation and the Different Types of Separation

“Separation” has different meanings, however, in general, it means living separately from your spouse. A separation doesn’t always require living in two different places, as some couples decide to remain living under the same roof, but it usually entails changing the dynamic of your relationship.

There are different types of separation. The right one for you depends on your situation, goals, and desired outcome.

Trial separation allows couples to do a “trial run” on separation. A trial separation is often short-term, allowing spouses to disconnect and cool off to decide whether to make the separation more permanent or proceed with a divorce.

Because of the informal nature of a trial separation, there is no need to get the courts involved.

Spouses permanently separate when there is little to no chance of ever reconciling. Like trial separation, couples do not have to involve the court.

Permanent separation can affect spouses’ property rights, depending on state law. For example, after a couple separates, each spouse becomes solely responsible for any debts they take on, rather than the debt being marital.

A legal separation is the most involved type of separation. If you and your spouse pursue a legal separation, you’re required to engage in a process similar to divorce. You must file a petition with the court requesting a legal separation and deal with some of the same issues you would in a divorce, like alimony and child custody.

While legal separation shares some similarities with divorce, it is not as permanent as divorce, as it keeps the marriage legally intact. Depending on your state’s laws, you may be able to remain legally separated forever or your legal separation might have an expiration date.

Many couples pursue legal separation rather than divorce for several different reasons, including religious reasons or a desire to keep the family together for the children’s sake.

What Does it Mean for a State to Have a Separation Requirement?

When a state’s divorce laws include a separation requirement, it means a couple must separate for some time before they’re able to pursue a divorce. The exact details of the separation depend on the state.

Usually, when a state has a separation requirement, it involves couples living separately from one another. This means spouses must live in different homes throughout their separation period. While living separate and apart is most common, it’s not always the case. Some states allow spouses to live under the same roof while avoiding sexual relations.

When a state has a separation requirement, the date of separation is critical. Spouses must remain separated for the entire duration with no breaks in order to proceed with their divorce.

States with Separation Requirements Before Divorce

While a majority of states do not require spouses to separate before they can file for divorce, the following states have laws requiring pre-divorce separation:

It is worth noting that, while some states don’t have strict physical separation requirements, they do have requirements that spouses must be figuratively separated before filing for divorce.

To determine whether your state has any vital requirements for divorce, it’s best to discuss with a family lawyer in your area.

Why Separate Before Getting a Divorce?

States don’t adopt separation requirements to give couples a hard time – there is a method behind the madness.

In most cases, separation is a “cooling off” period for spouses. It is not uncommon for spouses to rush into the idea of divorce when something in the marriage goes awry. When spouses are unable to get a divorce right away, they’re forced to take a step back, which could end in reconciliation.

Separating and taking time for yourself before your divorce may give you and/or your spouse a different perspective. It helps ensure you’re making the right decision before taking that permanent step.

How You Can Save Money During Divorce or Separation

The divorce process is not only stressful but also confusing. While many individuals believe getting a divorce requires running to court and requesting a divorce, it’s not often that simple. Knowing what to expect and what you’re getting yourself into can help you feel better prepared.

When you need legal guidance for your divorce, an unbundled lawyer can help you save money. Instead of hiring a costly divorce attorney, an unbundled lawyer provides the legal support you need while only charging for the services you require. This can save you thousands of dollars in legal fees.

If you’re facing a potential separation or divorce, and would like to learn more about ways you could save money see this article on the costs of hiring a divorce lawyer.