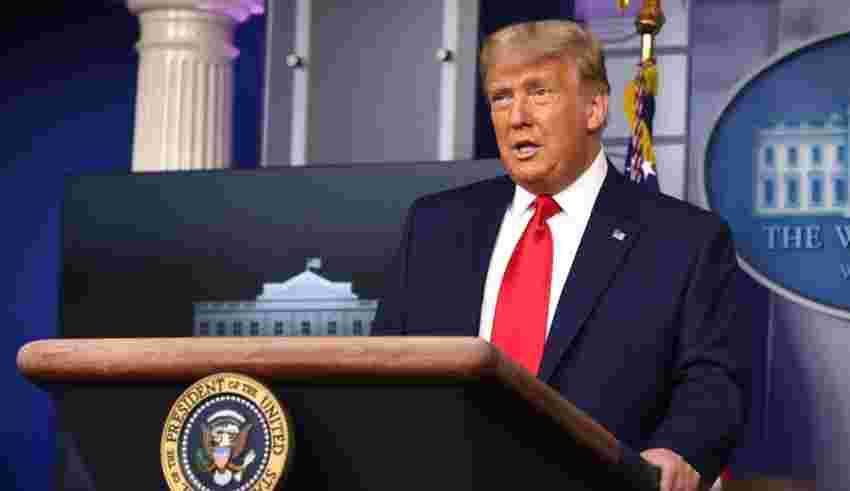 PALM BEACH, FL – Former President Donald Trump officially announced Tuesday at his Florida-based Mar-a-Lago residence that he would be seeking the Republican nomination to run for President in 2024 amid multiple investigations into his conduct and businesses as well as criticism from members of his own party after their poorer-the-expected results during the midterm elections.

Despite the adversity that he currently faces, Trump – the first member of the GOP to announce his candidacy – enters the race as one of the Republican Party’s likely frontrunners to clinch the party’s nomination for the third time in a row, although that could change depending who his opponents wind up being in the primaries.

Trump, 76 – who teased his third for the White House run last week – made the announcement from a ballroom at Mar-a-Lago, echoing his original campaign slogan to “Make America Great Again.”

“America’s comeback starts right now. Two years ago we were a great nation, and soon we will be a great nation again,” he said. “In order to make America great and glorious again, I am tonight announcing my candidacy for president of the United States.”

Trump, in his speech, stated that the United States had taken a downward turn since he left office, and that the Biden Administration had led the country into turmoil and ruin by reversing many of the polices he had put into place that had strengthened the economy and curbed the flow of illegal immigrants at the southern border.

“All they had to do was just sit back and watch,” Trump said. “Inflation was nonexistent, our southern border was by far the strongest ever, and because the border was so tight, drugs were coming into our country at the lowest level in many, many years.”

Trump’s previous tenure as Commander-in-Chief ended with controversy after losing his reelection bid in 2020 to Joe Biden, claiming that he was cost the win via widespread voter fraud that has yet to be proven in a court of law. Trump is also under investigation for allegedly directing his supporters to storm the U.S. Capital Building on January 6, 2021 in an attempt to disrupt the certification of Biden’s win.

Trump has also experienced blowback from his fellow Republicans following the lack of an anticipated “red wave” during the midterms. While much of the blame is being heaped upon Republican leadership, Trump is also drawing ire from his own party after a slew of his hand-picked candidates failed to win their respective races.

During his announcement on Tuesday, Trump backed off claims of election fraud, instead suggesting that he had actually lost the election due to interference from China, who he claimed did not want him reelected due to the tariffs he had imposed upon the country’s goods.

“Many people think that because of this, China played a very active role in the 2020 election…just saying, just saying,” he said.

Despite the rocky start to Trump’s White House run, it should be noted that he faced the same uphill climb when he announced his first candidacy for President in 2015, later defying the odds to capture the Oval Office. It remains to be seen if other GOP challengers for the nomination – including the possibility of the popular Florida Governor Ron DeSantis running – are able to mount significant opposition to him.