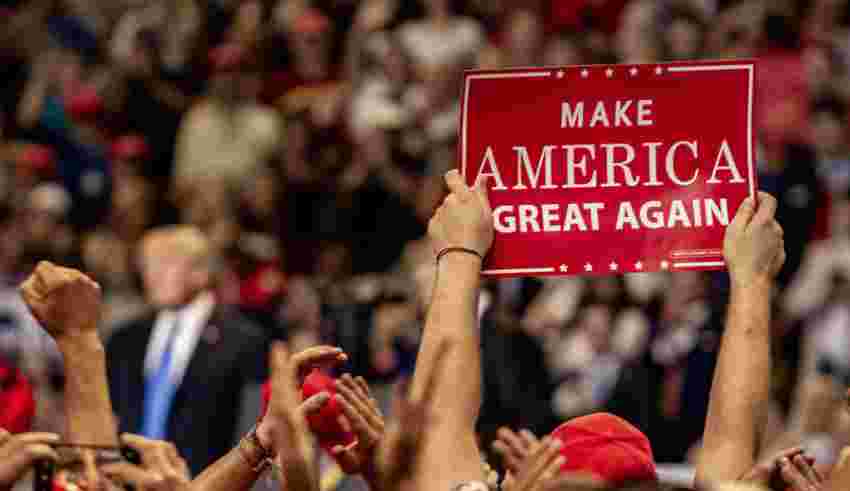 “Values hold the team together, provide stability for the team to grow upon, measure the team’s performance, give direction and guidance and attract like-minded people.” –John Maxwell.

PORTSMOUTH, OH – Let me say that I have the utmost respect for both Donald Trump and Ron DeSantis; courageous conservatives that love the USA and love our Constitution. And both are standing tall against the Deep State regime in Washington, DC. Both are great Republican leaders and American patriots.

November 15, Trump is making an announcement in reference to the 2024 presidential race – as he foreshadowed during the recent Ohio rally. Hence, the snarling jackals of the mainstream media mafia (MMM) are sniffing the air for a predatory pounce.

The plan is to divide the GOP by the dirty Democrats. And it appears that some conservatives are wanning and wobbling over Trump vs DeSantis for 2024. We don’t need a word battle among Republicans. Moreover, DeSantis has not announced he will even run the race in 2024.

Alas! The MMM is working overtime to disparage Trump as usual. However, should DeSantis run for president in 2024 or 2028, the MMM will shift their attack to him with their censorship, misinformation, and disinformation propaganda. Being a weaponized arm of the Biden and Obama regime, the soldiers of the MMM stand ready to obey.

Nonetheless, Trump has went on both the offensive and the defensive over DeSantis as a possible opponent. And it will not fare well for him. By now, we all know that Trump expects loyalty from the politicians he has helps along the way – and his perception of a lack of loyalty really ticks him off. Unfulfilled expectations of others can mask disappointment and manifest anger and hurt.

“A leader who produces other leaders multiples their influences.” –John C. Maxwell

Breitbart purports, Donald Trump “issued his harshest critique to date of Florida Gov. Ron DeSantis following the governor’s colossal victory in the midterms on Tuesday night, referring to the rising star as an “average Republican” who commands no “loyalty and class.”

Townhall surmises, “Trump’s statement, while on par with his usual rhetoric that’s normally used against centrist, squishy Republicans and not red state conservatives, drew an outsized amount of criticism from Republicans and conservatives for attacking DeSantis, let alone while the governor is responding to Hurricane Nicole’s landfall across the Sunshine State.”

Yes, we all know Trump has an issue with taming his tongue and zipping his lips. Sometimes silence is the most effective response.

Listen to the argument for Trump in 2024 by James, the Black Conservative Patriot.

James proclaims that we need justice for the stolen election of 2020 and the right thing to do is back Trump. And James supports DeSantis for USA President in 2028.

According to MMM and Fox News to a degree, the Republicans did not see the predicted “red wave.” Moreover, the blame is being placed upon Trump. Hmm, could that be a flawed analysis?

“Contrarians on the midterms: Analysts credit Trump for what was indeed a Red Wave,” reports The World Tribune. “And for those who would disregard Trump’s role in this and credit DeSantis,” Morris stated, “understand that the gains in Florida were the same as the gains in New York and while DeSantis has been a great governor you basically have to credit Trump with winning the House, possibly winning the Senate and the major turnarounds that are taking place. At the moment, it looks like it was quite indeed a good night for Trump.”

On the other hand, DeSantis needs to publicly announce that he does not intend to run for the 2024 race. Moreover, he needs to give credit where credit is due and show gratitude for Trump’s past mentoring.