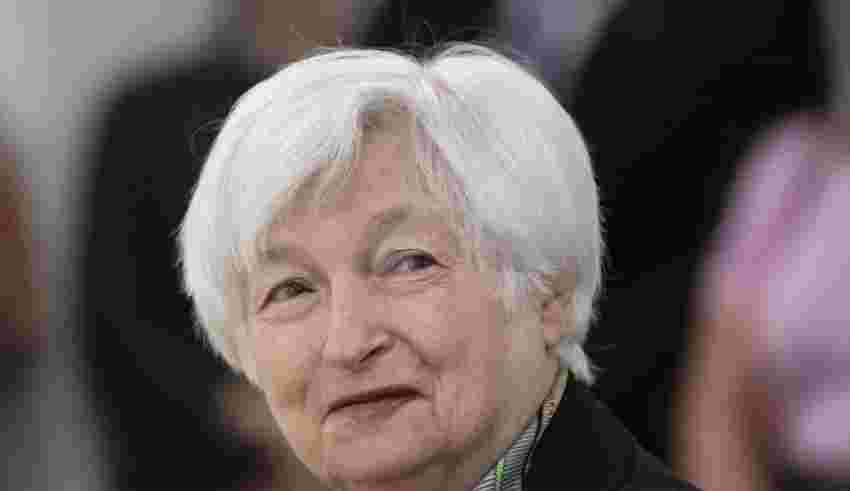 GOREE ISLAND, Senegal (AP) — U.S. Treasury Secretary Janet Yellen paid a solemn visit Saturday to the salmon-colored house on an island off Senegal that is one of the most recognized symbols of the horrors of the Atlantic slave trade that trapped tens of millions of Africans in bondage for generations.

Yellen, in Senegal as part of a 10-day trip aimed at rebuilding economic relationships between the U.S. and Africa, stood in the Goree Island building known as the House of Slaves and peered out of the Door of No Return, from which enslaved people were shipped across the Atlantic.

“Goree and the trans-Atlantic slave trade are not just a part of African history. They are a part of American history as well,” Yellen said in brief remarks during her visit.

“We know that the tragedy did not stop with the generation of humans taken from here. Even after slavery was abolished, Black Americans — many of whom can trace their descendance through ports like this across Africa — were denied the rights and freedoms promised to them under our Constitution.”

The economic benefits that major slave-trading nations, including the United States, reaped for hundreds of years on the backs of unpaid labor could amount to tens of trillions of dollars, according to research on the commerce.

And in the U.S., African slaves and their children contributed to the building of the nation’s most storied institutions, including the White House and Capitol, according to the White House Historical Association.

Yellen acknowledged the ongoing ramifications of that brutal past.

“In both Africa and the United States, even as we have made tremendous strides, we are still living with the brutal consequences of the trans-Atlantic slave trade,” she said.

“What I take from this place is the importance of redoubling our commitment to fight for our shared values and principles wherever they are threatened — in the United States, in Africa, and around the world,” she said. “We have more work to do.”

Yellen’s trip to the island is one that many dignitaries have made, including former U.S. presidents Barack Obama and Bill Clinton and South Africa’s Nelson Mandela. Today, Goree Island is designated as a UNESCO World Heritage Site.

Yellen’s stop there during a trip meant to revitalize U.S.-African economic relations is one that evoked the massive costs of the slave trade. There has been a resurgence in interest in determining the true cost of slavery on the generations impacted.

The House Financial Services Committee in recent years has studied how U.S. banks and insurance companies profited from the practice of slavery before it was outlawed in 1865. There have also been hearings on the study and development of reparations proposals in the U.S.