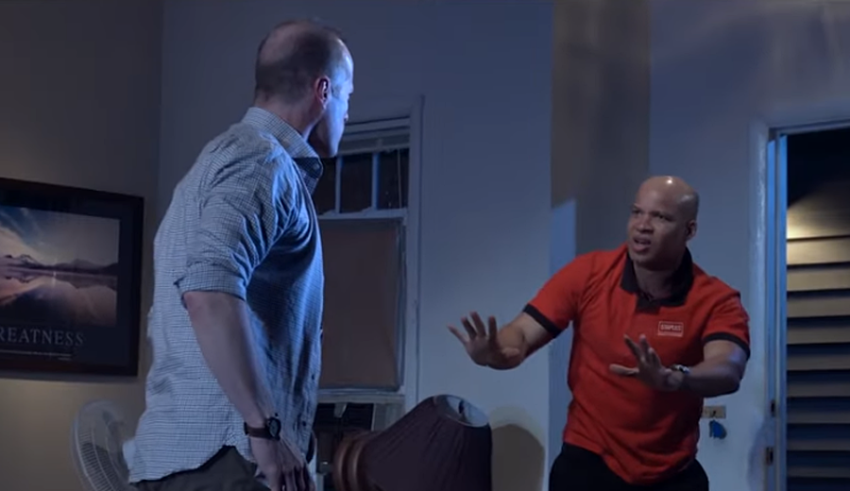 “Abuse is never contained to a present moment; it lingers across a person’s lifetime and has pervasive long-term ramifications.” –Lorraine Nilon

PORTSMOUTH, OH –  “Washington Post Uses ‘Pedophiles’ and ‘Brilliant’ in Same Headline for Sick Review of Play,” is the title of the commentary from The Western Journal which was reprinted in the Patriot Project Newsletter. And it sparked a tweeting frenzy.

The review in the Washington Post discussed a play that centers around male pedophiles and sex offenders. “Take a deep breath and try to ruminate calmly on the position playwright Bruce Norris takes in his scintillating new play, ‘Downstate’: that the punishments inflicted on some pedophiles are so harsh and unrelenting as to be inhumane,” wrote Peter Marks, the newspaper’s chief theater critic.

“Some theatergoers no doubt will resent that Norris chose to illuminate this delicate subject in a nuanced way that doesn’t jibe with their own undiluted revulsion,” Marks added.

Huh? Adults should never tire of being repulsed, disgusted, and outraged at the sexual abuse of innocent children and the perpetrators punishment needs to reflect the atrocity of these heinous crimes. Moreover, I am in favor of the Sex Offender Registry.

Several backlash posts included pictures of bullets, guns, and a woodchip machine in reference to child predators. Tweets expressed outrage, anger, shock, and a range of emotions over the WaPo review and over a theater play showcasing child molesters. A few revealed they were childhood victims of abuse. Several tweets implied WaPo was a “Newspaper of Groomers.”

Since the coronavirus crisis, the election of Team Biden, and Woke cancel culture, the radical liberals and the mainstream media mob have pushed the indoctrination, grooming, and sexualization of children by drag queens in public places; advocated for gender ideology in schools; and promoted hormone blockers and surgical genital mutilation of transitioning kids.

Balenciaga, an upscale fashion house, recently made headlines after depicting two toddlers holding stuffed bears in sexualized bondage gear in an advertisement. The public responded with outrage – as they should.

Add the horrific crime of child sex trafficking and pedophile rings, and the public is apt to react with strong emotions.

The tweeters stated they have not seen “Downstate” the play, and neither have I, but I did read multiple reviews prior to writing my column.

“The text plays some very tricky high-wire moral games about who gets to be recognized as a victim; some audiences will be deeply troubled by it and may renounce the way the play suggests that sometimes people misremember or even lie about being abused.”

Sounds like victim blaming to me. And why would Norris blame the victims? Or is Norris merely pushing buttons for reactions?

Should men (pedophiles) who serve their time in prison continue to be punished by society and treated as outcasts? That’s the point that Norris is making.

However, the rules pedophiles and sex offenders are required to follow is for the safety of any future potential victims and for the safety of society. And many want harsher prison sentences for convicted child rapists and molesters.

What is the play about? In a nutshell: Four sex offenders residing in a halfway house are confronted by one of their victims in Norris’s drama about punishment. The question: How should society treat sex offenders, child molesters, child rapists, pedophiles after incarceration?

I perceived the point of this play from the above website (and perspective of the producers) is for people to show understanding and compassion to the perpetrators. This play either purposely does not show the lasting trauma of the victims or the writer does not have empathy for the victims. Only one of the victims is in the play, but Norris fails short of showing the lifelong results of being sexually molested by the character, and thus fails the victim that the character represents.

“It’s part of his larger project, aided by a superb cast and fine direction by Pam MacKinnon, to change the audience’s perspective about people viewed universally as repugnant,” notes a review in New York Theater.

My question: Why does Norris and MacKinnon want the public to feel empathy for the suffering of child sex offenders? Do the producers have covert motives? Do they want the laws changed? I don’t personally know either person, so I cannot speak to their reasons.

The following contains snippets of lines from the play and pieces of reviews by other media outlets.

Downstate Review: A Contrarian’s Play About Pedophiles and Punishment by the New York Theater.

“At the beginning of “Downstate,” an unsettling play by Bruce Norris, Andy (Tim Hopper) is confronting the man who sexually abused him thirty years earlier, reading with shaky breath from a statement: “…I began to accept that we can never truly escape the past, and that evil exists in the world, and for me, at this moment, one part of that acceptance is to look you in the eye today, and tell you to your face that you are a fundamentally evil person.”

A Theater Review in Vulture:

The play begins with a confrontation, though it’s a carefully mediated one. Andy (Tim Hopper), a 40-something urban professional, has come down from Chicago with his wife, Em (Sally Murphy), to read a statement to Fred (Francis Guinan), who at first appears to be a kindly old man in a wheelchair — the script notes that he should act “not unlike Fred Rogers.” But there’s menace in the way he keeps interrupting Andy and in the way that Andy starts to get aggressive toward Fred when his wife isn’t paying attention. Fred, we soon learn, was Andy’s childhood piano teacher and abuser. He admitted to that in court and was jailed and eventually sent to this group home, though he did not admit to all the details that Andy remembers. Andy, at his wife’s encouragement, wants to get Fred to sign a reconciliation contract in order to heal, but in his heart, he wants something punitive. He keeps reminding Fred that he is “fundamentally evil.” At one point, Norris has Fred respond to one instance of being called evil with a bleak as hell but funny “you did say that.”

This is how The Hollywood Reporter describes Fred: “Avuncular former piano teacher Fred (Francis Guinan), a doddery old duffer in a wheelchair who sodomized two prepubescent pupils years ago…”

A reviewer for the New York Post says, “Norris has written a complex and compassionate play, but not a preachy or judgmental one. The audience is never pushed to forgive or condemn, but rather to evaluate. Some past events we learn about are clear-cut horrific, while others are more layered. The punishment, to these characters’ fury, is equal.”

Adults have the responsibility of protecting children from pedophiles and sex offenders. Furthermore, I don’t want a convicted, jailed and released child rapist residing in my neighborhood or community.

As a Christian, I know Jesus forgives and salvation is available to all who sincerely seek it — even pedophiles.