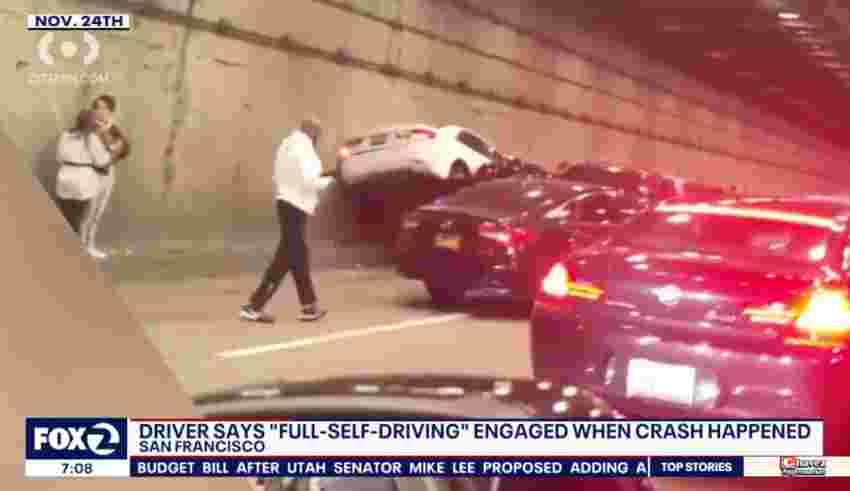 A Tesla driver is blaming their vehicle’s Full Self-Driving software for causing an eight-car pileup in the Yerba Buena Tunnel in California in November, according to a California Highway Patrol traffic cars report obtained by CNN News via The Verge.

According to the driver, their Tesla’s software hit the brakes unexpectedly, causing the eight-car pileup, with nine people suffering minor injuries, and one hospitalization. Four ambulances were rushed to the scene.

The Tesla in question was a Model S, and it was reportedly travelling at roughly 55 mph (88.5 km/h) before making a sudden and unsafe lane change and unexpectedly braking, causing the vehicle to slow down to 20 mph (32 km/h).

The abrupt braking caused the vehicles behind the Tesla to crash into one another.

It’s worth noting that Tesla’s Full Self-Driving software is already under investigation by The National Highway Traffic Safety Administration (NHTSA) in regard to a Model S accident that left three passengers dead. Read more about it here.

Source: CNN News, via The Verge

Instagram Hannah Ann Sluss, 26, and Jake Funk, 25, are getting married! The “Bachelor” alu…