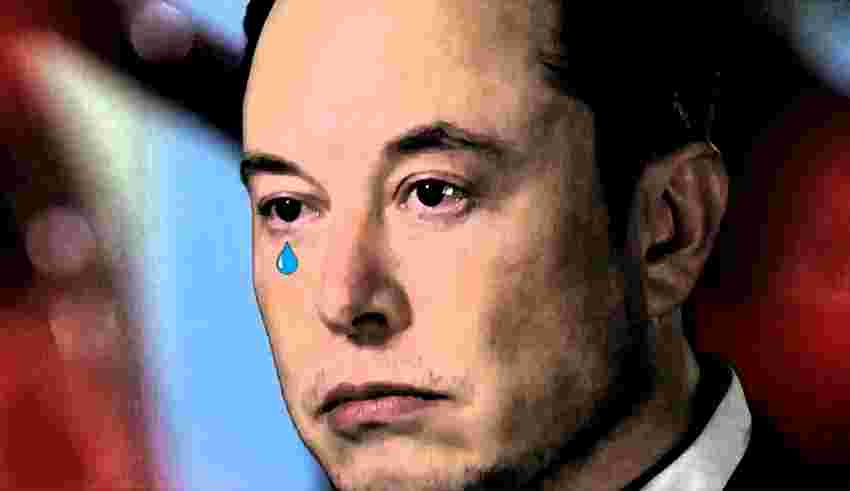 You’d think that the two controversial men would have at least a bit of crossover, but when the eccentric billionaire came out on stage at Chappelle’s recent San Francisco, California comedy show, he was booed so much that he stopped talking (if only he would do the same thing on Twitter).

Musk later went back to his home court of Twitter to say “technically, it was 90% cheers & 10% boos (except during quiet periods), but, still, that’s a lot of boos.”

Videos spread across internet telling a very different story, with most people at the show being unanimously unhappy with Musk appearing on stage. Eventually, Chapelle intervened with a lame joke about Elon buying him a jetpack for Christmas.

In the back half of his tweet, Musk mentioned that he likely offended San Francisco leftists, which is an interesting and very public coping mechanism. It’s also worth noting that the video was initially posted by Twitter user @CleoPat48937885 and that account seems to be gone now, though others have reposted the content.

Turns out Twitter can, in fact, be real life. https://t.co/FFpups1yEy pic.twitter.com/41jcZgdDR4

Both Musk and Chapelle have come under fire for transphobic remarks, it seems like Musk’s extraordinarily messy and public takeover of Twitter has spurred at least some peoples’ hatred for the richest man on earth.