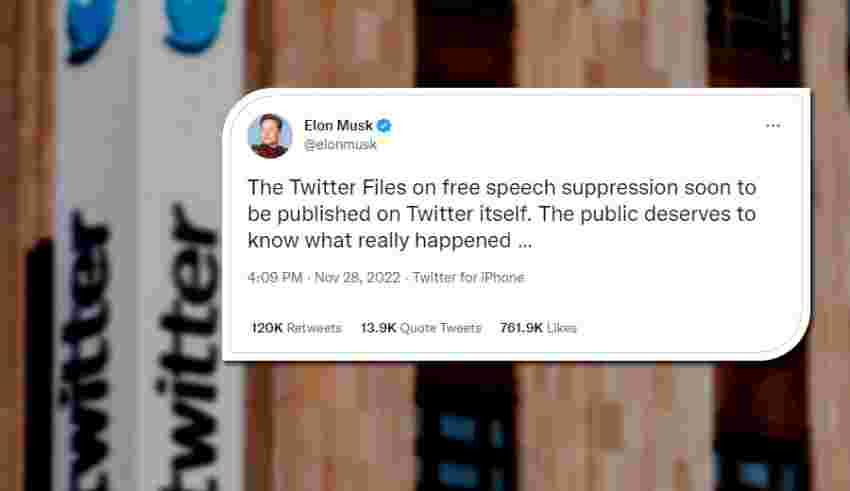 SAN FRANCISCO, CA – After the first dump of internal documents last week detailing the social media platform’s attempts to censor the speech of its users, Twitter CEO Elon Musk released part two of the so-called “Twitter Files” on Thursday, revealing that specific accounts had their reach intentional limited, despite prior denials that the company had been “shadow banning” certain individuals.

Musk is currently in the process of fulfilling his promise of releasing a series of documents pertaining to the Twitter’s clandestine activities prior to his October purchase of the microblogging site, saying that the public “deserves to know” that they were being repeatedly censored and hoodwinked by the tech giant.

Compiled by Journalist and conservative commentator Bari Weiss, part two of the Twitter Files reveals a “secret” operation that involved the platform limiting the reach of targeted accounts and posts.

“Teams of Twitter employees build blacklists, prevent disfavored tweets from trending, and actively limit the visibility of entire accounts or even trending topics – all in secret, without informing users,” the report said.

As a result, the accounts of certain users – mainly prominent Republicans and conservatives – experienced what is known as “shadowbanning,” the practice of limiting certain tweets’ visibility, effectively removing them from search results and making them more difficult to find.

The group responsible for this process was Twitter’s Strategic Response Team – Global Escalation Team (SRT-GET), which was tasked with determining which accounts would receive what they referred to as “visibility filtering,” which was used to “suppress what people see to different levels.”

“Think about visibility filtering as being a way for us to suppress what people see to different levels. It’s a very powerful tool,” the report quotes a Twitter employee as saying. “We control visibility quite a bit. And we control the amplification of your content quite a bit. And normal people do not know how much we do.”

Previously, former Twitter CEO Jack Dorsey testified under oath to Congress that Twitter does not censor or shadowban conservatives, a claim that the newest batch of Twitter Files fully disputes.

Specific accounts that were shadowbanned, according to the Twitter Files, include Libs of TikTok, conservative talk-show presenter Dan Bongino, and Dr. Jay Bhattacharya, an outspoken opponent of masking and lockdowns during the COVID-19 pandemic, among others.

Musk followed-up the release by announcing that “Twitter is working on a software update that will show your true account status, so you know clearly if you’ve been shadowbanned, the reason why and how to appeal.”