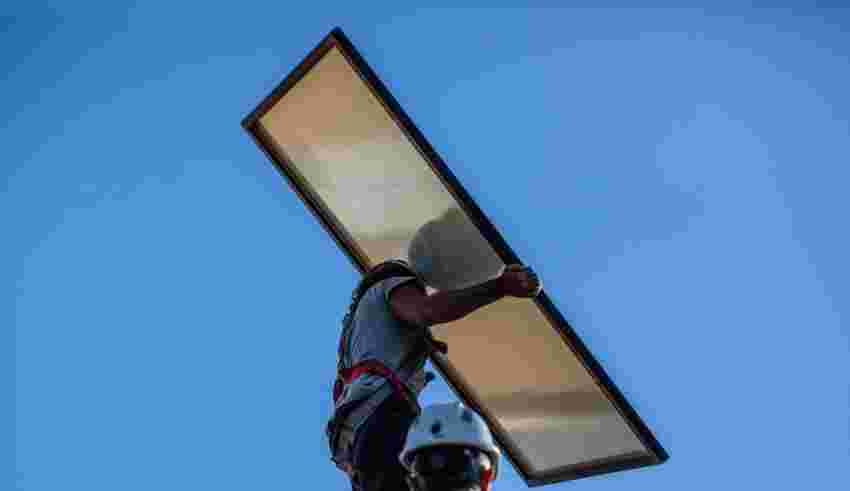 (Bloomberg) — The European Union called on the US to amend certain tax benefits contained in recently-enacted green legislation given what it called their discriminatory nature, and warned of potential retaliation.

The bloc wants Washington to remove discriminatory content and production requirements in the Inflation Reduction Act, and to receive the same treatment as other US trading partners.

It also called for more transparency in the tax credits granted by the law, and to ensure that the subsidies don’t create adverse effects, according to a document submitted to the US late on Friday.

The US measures risk “creating tensions that could lead to reciprocal or retaliatory measures,” the document adds.

Senior EU and US officials met on Friday to discuss Europe’s concerns in a bid to head off a potential trade war. EU officials had said that the bloc wants to resolve the dispute in an amicable manner, but that Europe should use all tools available to address what it calls unfair subsidies, including by bringing a case to the World Trade Organization.

Since the IRA came into effect in August, offering billions of dollars in incentives for renewable energy companies, the EU has expressed its concerns numerous times. In particular, the bloc is worried about the cumulative impact of some of the subsidies on the European industry.

Friday’s document says the effect of the US law is “particularly worrying” on supply chains as it will limit sourcing of critical materials and fuel “harmful competition” for inputs when both sides have committed to closer cooperation.

It could trigger a “harmful global subsidy race to the bottom” on key technologies and materials for the green transition, the EU warned.

The EU listed as problematic nine tax credit provisions included in the law. Some clearly breach WTO rules because of their discriminatory nature, the EU said in the document.

The provisions included tax credits for electricity from certain renewable resources; for sustainable aviation; for production of hydrogen; for clean vehicles;, for advanced manufacturing production; and for clean fuel production.

The financial incentives offered by the Biden administration “unfairly tilt the playing field to the advantage of production and investment in the United States at the expense of the European Union and other trading partners,” threatening jobs and economic growth in Europe and elsewhere, the EU said in the document.

The comments came as part of the request for opinions by the US to guide the implementation of the law. Both sides hope to resolve the dispute before the Trade and Technology Council in early December, where the transatlantic partners want to agree on a series of actions to strengthen their bilateral cooperation.