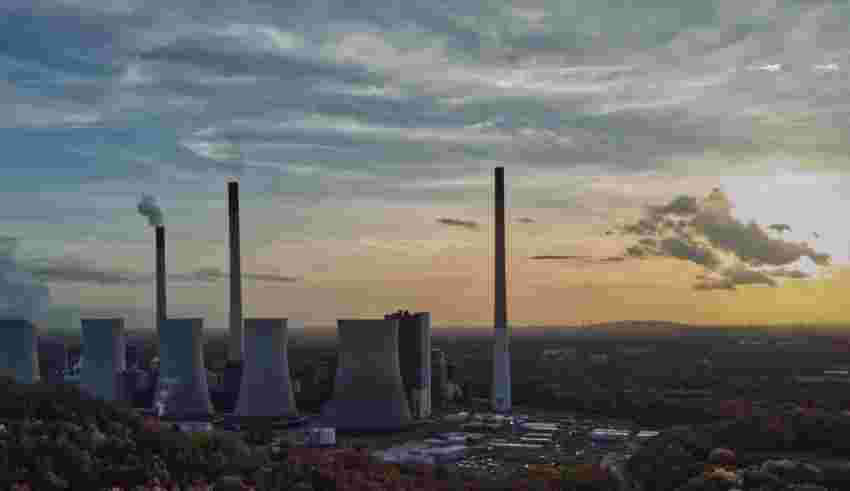 FRANKFURT, Germany (AP) — The European Central Bank sees an increased likelihood of a recession in the 19 countries that use the euro currency, warning that soaring energy prices and high inflation fed by Russia’s war in Ukraine have raised risks for bank losses and turmoil on financial markets.

A chart published with the report indicated an 80% chance of recession in the eurozone and United Kingdom in the year ahead and a 60% probability in the U.S.

Many economists and the European Union’s executive Commission have already predicted a technical recession for the last three months of year and the first part of next year as sky-high utility prices and food costs rob consumers of purchasing power.

A technical recession is two or more consecutive quarters of declining economic output. Economists on the eurozone’s business cycle dating committee, however, use a broader range of information to determine recessions, such as unemployment figures and the depth of the downturn. The eurozone economy eked out 0.2% growth in the July-September period.

Economists’ expectations are that growth should resume next spring as inflation falls from peak levels and as wintertime pressure on natural gas supplies eases.

High inflation is spreading its effects through the economy, raising the likelihood that banks will see more losses from loans and that companies won’t be repaid, the ECB said in the report.

Meanwhile, uncertainty about how high and how long inflation will go “has heightened the risk of disorderly asset price adjustments in financial markets.” Beyond that, pressure has grown on people, companies and governments that are more in debt than others.

Inflation, which came in at an annual rate of 10.7% in the eurozone in October, has been fed by Russia cutting off most natural gas to Europe amid the war in Ukraine. That sent natural gas prices sharply higher and raised the price of electricity and industrial processes that use lots of heat or natural gas.

Politicians call the cutoff an attempt by Russian President Vladimir Putin to undermine European governments’ support for Ukraine. Russian gas exporter Gazprom has cited technical difficulties and a refusal by some importers to pay in rubles.

Before the war, Europe and in particular its largest economy, Germany, depended on Russia as a major supplier of both oil and natural gas. Oil prices also have risen on global markets as some Western customers boycott Russian oil and a Dec. 5 date looms for Europe to bar shipments of Russian crude by sea.

Overall, the ECB said the eurozone banking system was well-positioned to cope with the additional risks. The bank warned indebted governments to be prudent about avoiding a pile-up of more debt through spending on energy relief for consumers and to ensure such programs were targeted at the people most in need.