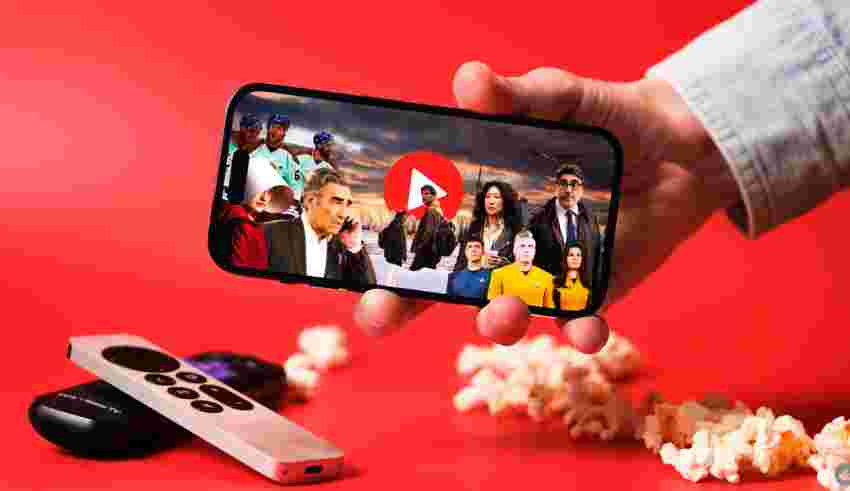 Does anyone reading this have traditional cable TV? I can’t even remember when I last paid for cable TV. When my family first dropped cable, Netflix was really the only streaming service in town… assuming you don’t count pirating content.

Let’s get into it:

Netflix is perhaps the most popular streaming service in the world. Despite recent questions about user growth, the platform has maintained chiefly its first-mover advantage. Netflix’s catalogue is quite broad, appealing to every demographic and genre. Additionally, Netflix has rapidly expanded its original content library and has ventured into the mobile gaming space over the past few years.

Unlike some of the other major players on this list, video streaming is essentially Netflix’s whole business. As a result, the service is pretty pricy. Netflix offers four tiers for consumers to choose from: Basic with ads, Basic, Standard and Premium.

Basic with ads is Netflix’s latest pricing tier costing $5.99 per month, allowing for one stream at a time and 720p HD video quality. As the name implies, you’ll also see ads. One thing to note is while this tier may save you some cash, not all of Netflix’s library is available.

Disney+ was long thought to be the Netflix killer and streaming service champion. While Disney+ hasn’t yet achieved that, it’s still a successful streaming service featuring content from the Disney vault, with Star Wars, Marvel, Pixar, National Geographic, and 20th Century Fox under its Star banner.

While Disney+ is widely viewed as the go-to children’s service, it’s also the ultimate place for Star Wars and Marvel fans. Additionally, Disney+ features a lot of mature content like Family Guy and the Simpsons, thanks to Disney’s acquisition of 20th Century Fox.

Unlike Netflix, which focuses on quantity, Apple TV+ focuses on quality. While Apple TV+’s content library is probably the smallest on this list, it is likely the best in terms of quality. Apple has invested vast sums of money per show in getting some of the best actors, writers, and cinematographers. Additionally, nearly all of the content on Apple TV+ supports Dolby Atmos and Dolby Vision and is 4K quality.

Apple TV+ does its best to appeal to a wide range of audiences, but because of its limited library, there are few shows per genre. If you’re interested in a wide range of genres, Apple TV+ may be a good choice, featuring shows like Severance, Ted Lasso, and the Morning Show.

Despite the name, Apple TV+ is available on a wide range of devices, both Apple and non-Apple. The service is $8.99 per month or $69 per year. Alternatively, Apple TV+ is included in every tier of an Apple One bundle. Apple TV+ is also sharable with up to six people at no additional cost when using Apple’s Family Sharing feature. Users can try Apple TV+ out for free with a 7-day trial or three months free with a purchase of an eligible Apple device.

Crave offers two tiers: Crave Mobile and Crave Total. Mobile-only allows for streaming on the web or the Crave mobile app. Streams are limited to one at a time, and the resolution is limited to 720p. Additionally, casting and offline downloads are not available. The offline downloads part is odd to be omitted from the mobile-focused tier, but here we are. Crave Mobile is $9.99 per month or $99.90 per year.

Crave Total, on the other hand, is $19.99 per month or $199.90 per year. For that extra $10 per month, users get access to four simultaneous streams, 1080p and 4K video quality, offline downloads, and the ability to cast to their television or streaming box. It is also possible to subscribe to Crave through your cable provider.

While Amazon may be most well known for its fast delivery, the company also offers a Video Streaming platform as part of its Prime membership. Personally, I’m not a massive fan of the content selection on Prime Video, having only ever watched The Man in the High Castle and Two and a half Men. However, I’ve heard others say positive things about the service. Prime Video features a wide range of content catering to various interests and demographics.

Discovery+ is a streaming service featuring a wide range of content from channels like HGTV, TLC, the Food Network, Discovery, and animal planet. Discovery+ features over 70,000 episodes of content, including its own Discovery+ originals. Discovery+ is available to stream on a wide range of devices and costs $4.99 per month with ads or $6.99 per month without ads. A decent deal compared to many other platforms on this list if lifestyle content on the service appeals to you. However, there is no free trial.

Discovery+ is available on iOS, Android, Xbox, desktop and more.

Paramount+ features blockbusters and originals from the Paramount brand, such as Yellowstone and Halo. Paramount+ offers content ranging from dramas to reality TV to comedies to SciFi. The service costs $9.99 per month and offers a seven-day free trial.

Paramount+ is available on iOS, Android, PlayStation, desktop and more.

CBC Gem is an impressive streaming service for its size. Being from CBC, the service is only available to Canadians and features primarily Canadian content such as Workin’ Moms and Dragons’ Den. The service is predominantly free, supported by ads with limited access to live TV. However, for $4.99 per month, you subscribe to CBC Gem Premium, removing the ads and gaining access to CBC News live. CBC Gem offers a 30-day trial.

As someone who watches a ton of YouTube, eliminating the ads makes YouTube feel completely different. Some of you may say to install an ad-blocker, and while that’s always an option, I like knowing I’m supporting the creators of my favourite channels.

Above I shared the largest and most popular streaming services available in Canada. However, there are several smaller niche streaming services too! Here’s a quick breakdown of their focus and cost so you can decide if they interest you.

Hayu is all about reality TV. The service features categories like The Real Housewives, The Kardashians, and Romance. Hayu is $6.99 per month, $33.99 for six months, or $61.99 for 12 months. All plans offer a seven-day free trial. Hayu is available on iOS, Android, Apple TV, Xbox, desktop and more.

Crunchyroll is a streaming service that exclusively delivers anime content. Crunchyroll is free to join with ads or offers two premium tiers: Fan and Mega Fan. Signing up for either premium tier allows users to watch new episodes one-hour after their stream in Japan, access Crunchyroll’s digital manga library, and removes all ads.

The Fan Tier is $9.99 monthly and allows streaming on a single device without offline viewing. The Mega Fan tier is $12.49 per month or $124.99 per year and allows users to stream on up to four devices with offline viewing. Both subscriptions offer a 14-day free trial. Crunchyroll is available on iOS, Android, Apple TV, Xbox, desktop and more.

If you’re a big fan of horror movies, then Shudder is the service for you. Shudder offers an algorithm-free, ad-free experience for horror, thriller, and supernatural films. Shudder is $4.75 per month with a 7-day free trial. Shudder is available on iOS, Android, Apple TV, Xbox, desktop and more.

You may have heard about Nebula from your favourite YouTuber. Nebula is an education-focused streaming service created by countless popular content creators and Curiosity Stream. Nebula features an ad-free experience, offline downloading, and original content that YouTube would generally deprioritize or demonetize. Nebula costs $5 per month or $50 per year. Nebula is available on iOS, Apple TV, Android, Roku, Fire TV and desktop.

Speaking of Curiosity Stream, it’s a documentary service with thousands of titles. Curiosity Stream offers two tiers: Standard and Premium. The Standard tier is $4 per month or $26.75 per year, with the ability to stream on a single device in HD quality and download content for offline viewing. Meanwhile, the Premium tier costs $13.50 per month or $94 per year with the addition of simulations, 4K streaming and bundled access to Nebula. Curiosity Stream is available on iOS, Android, Apple TV, Xbox, desktop and more.

Out TV is the go-to streaming service for LGBTQ+ TV series, movies, and documentaries. Out TV offers a 7-day free trial and is $3.99 per month, $21.99 for 6 months, or $39.99 per year. Out TV is also available on iOS, Android, Apple TV, desktop and as a Channel on Prime Video or the Apple TV app.

Who doesn’t like free stuff? Well, there are a few free streaming services available to Canadians. Content availability varies between these services, but they’re worth checking out to see if there’s anything of interest to you.