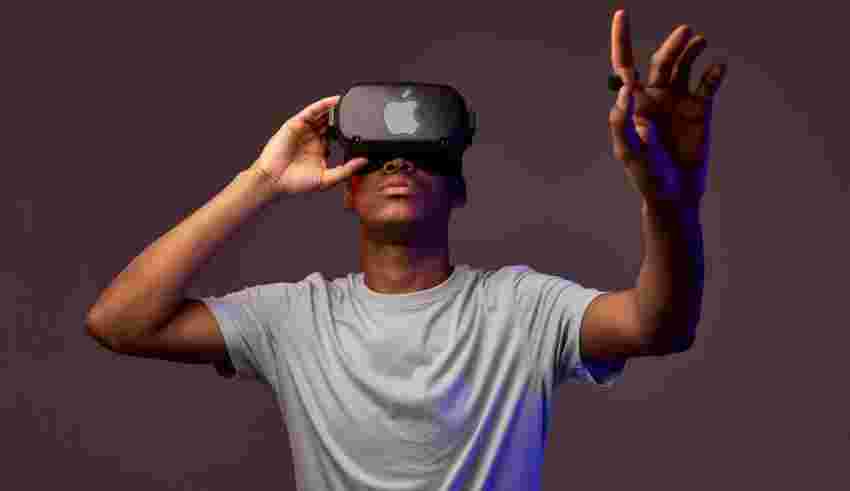 In a new, very detailed report from The Information, additional details about the device have been revealed. First off, let’s take a look at the new information before delving into rumours reported by other publications but corroborated by The Information’s report.

Apple’s mixed reality headset will reportedly feature a Digital Crown-like dial on its side that allows users to move quickly between the virtual and real world. However, the dial won’t feature haptic feedback, unlike the Apple Watch.

The headset won’t feature interchangeable headbands like several reports from a few months ago indicated. Instead, the headband now works as a “conduit of power” for the headset. Thankfully for people like myself that wear glasses, Apple’s headset will still support magnetically attachable custom prescription lenses, according to the report.

Apple’s headset will reportedly offer a 120-degree field-of-view, which is wider than the Meta Quest Pro. Chip-wise, The Information’s report states that the device will feature a 5nm CPU, GPU, memory and a dedicated image signal processor.

Other information in the report, including the headset’s dual Micro OLED 4K displays, outward and inward-facing cameras, LiDAR sensors and an outside display for showing the user’s facial expressions to those around them, have all been reported by other publications. Still, given The Information’s track record for accuracy, these features will likely make it into the final version of Apple’s AR/VR headset.

You can find The Information’s full report on Apple’s VR headset here.