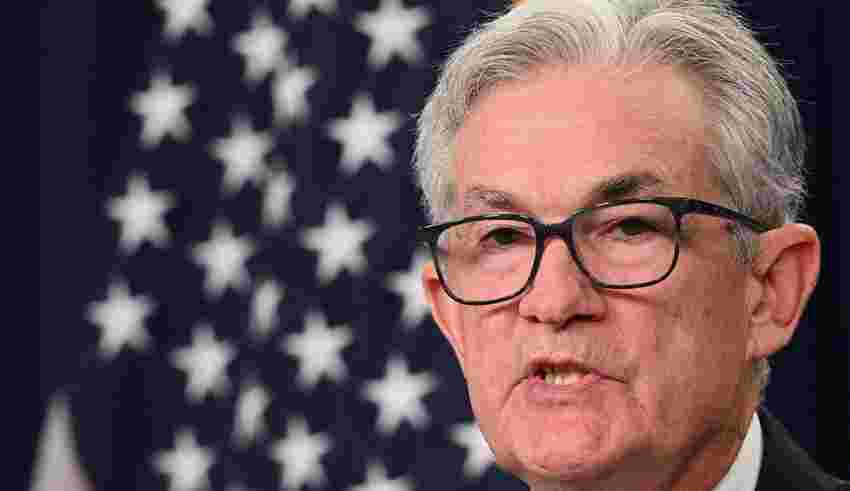 The Federal Reserve raised interest rates by half a percentage point on Wednesday and projected at least an additional 75 basis points of increases in borrowing costs by the end of 2023 as well as a rise in unemployment and a near stalling of economic growth.

The U.S. central bank’s projection of the target federal funds rate rising to 5.1 per cent in 2023 is slightly higher than investors expected heading into this week’s two-day policy meeting and appeared biased if anything to move higher.

Only two of 19 Fed officials saw the benchmark overnight interest rate staying below five per cent next year, a signal they still feel the need to lean into their battle against inflation that has been running at 40-year highs.

We apologize, but this video has failed to load.

“The (Federal Open Market) Committee is highly attentive to inflation risks … Ongoing increases in the target range will be appropriate in order to attain a stance of monetary policy that is sufficiently restrictive to return inflation to two per cent over time,” the Fed said in a statement nearly identical to the one it issued at its November meeting.

The new statement, approved unanimously, was released after a meeting at which officials scaled back from the three-quarters-of-a-percentage-point rate increases delivered at the last four gatherings. The Fed’s policy rate, which began the year at the near-zero level, is now in a target range of 4.25 per cent to 4.50 per cent, the highest since late 2007.

U.S. stocks turned negative following the release of the policy statement. In the U.S. Treasury market, which plays a key role in the transmission of Fed policy decisions into the real economy, yields on the two-year and 10-year notes rose. The dollar edged higher against a basket of currencies.

“Taken together, today’s statement and economic projections tell a simple, but persuasive story: this Fed isn’t prepared to ‘pivot’ in any meaningful way until it sees sustained and conclusive evidence of a reversal in inflationary pressures,” said Karl Schamotta, chief market strategist at Corpay.

Fed Chair Jerome Powell said in his press conference following the FOMC meeting that the speed of rate rises is less critical now, adding he’s not yet ready to say recent good news on inflation points to a peak in price pressures.

“It’s not as important how fast we go,” Powell said, noting the bigger question facing policymakers now is where the Fed stops and how long it stays there.

Meanwhile, “the inflation data received so far in October and November show a welcome reduction in the pace of price increases, but it will take substantially more evidence to give confidence inflation is on a sustained downward path,” Powell said.

The new federal funds rate outlook, a rough estimate of where central bank officials feel they can pause their current hiking cycle, was issued along with economic projections showing an extended battle with inflation still to come, and with near recessionary conditions developing over the year.

Inflation, based on the Fed’s preferred measure, is seen remaining above the central bank’s two per cent target at least until the end of 2025, and will still be above three per cent by the end of next year.

The median projected unemployment rate is seen rising to 4.6 per cent over the next year from the current 3.7 per cent, an increase that exceeds the level historically associated with a recession.