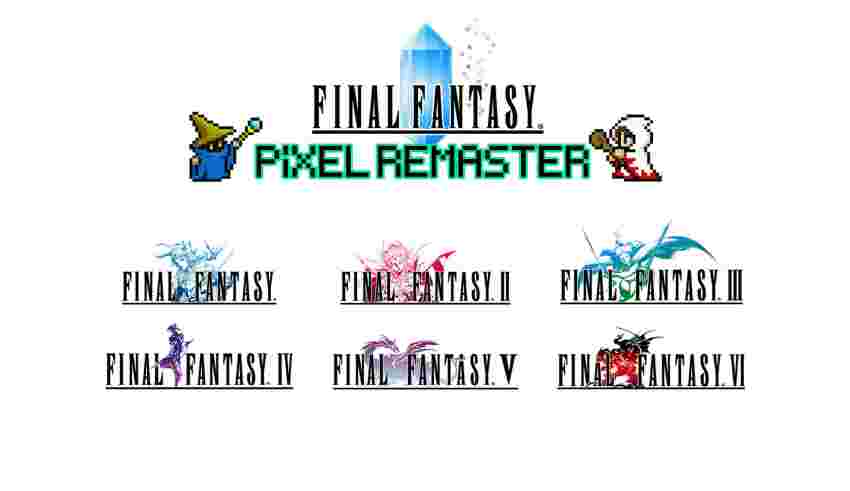 The Final Fantasy Pixel Remaster series is reportedly making the jump to PlayStation 4 and Switch. According to the ESRB website, all six games are migrating from PC and mobile to new platforms.

The Final Fantasy Pixel Remaster series is essentially what it sounds like. Square Enix has gone back into the well of its classic game catalogue and retouched them with new graphics and audio. These games see redrawn assets using updated 2D pixel art styles. In many cases, Shibuya Kazuko, who designed the original sprites, has redrawn the playable characters.

During July 2021, the first three entries of the Final Fantasy Pixel Remaster series were released on PC and mobile. This phase spanned Final Fantasy I, II and III. The following entries, Final Fantasy IV, V and VI, then followed. However, at the time, it wasn’t clear if the games would release on other platforms.

If the listing is indeed correct, then an official announcement may be on its way. As for a timeline, it’s hard to pinpoint when Square Enix will reveal the ports. However, on Sunday, December 18th, Final Fantasy is celebrating its 35th anniversary. If Square Enix were to make an occasion out of it, this would be a great time for an announcement.

Unfortunately, it appears as though Xbox players are being left in the dark with this release. Currently, the ESRB site lists the available platforms as “Windows PC, PlayStation 4, Nintendo Switch.”