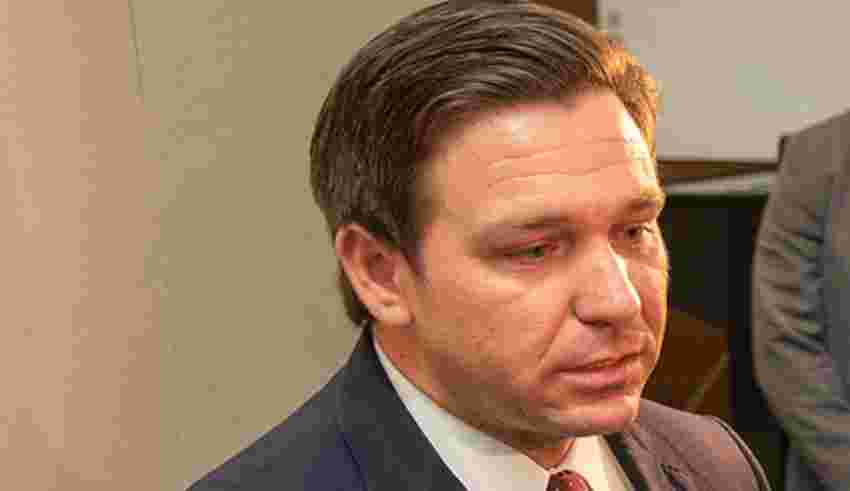 PORTSMOUTH, OH –  Applause to Florida for taking a stand to protect and defend children from grooming and sexualization by predatory men dressing like women (aka drag queens) for the purpose of perverted sexual gratification.

Florida Department of Business and Professional Regulation just announced they are investigating the “Drag Queen Christmas” all-ages drag show. Applause to Libs of TikTok for exposing the show held in Fort Lauderdale on Dec. 26, 2022. The venue in Fort Lauderdale said admission is limited to patrons 18 years of age or over, unless accompanied by a parent. Other shows are scheduled for Miami, Orlando, and Clearwater.

“The Department is actively investigating this matter, including video footage and photographs from the event. DPBR will, like in other cases, take action,” the statement read. “Exposing children to sexually explicit activity is a crime in Florida, and such action violates the Department’s licensing standards for operating a business and holding a liquor license.”

“Exposing children to sexually explicit activity is a crime in Florida, and such action violates the Department’s licensing standards for operating a business and holding a liquor license,” Griffin explained, and added that the DBPR will share any collected evidence with the Florida Department of Law Enforcement (FDLE) for potential criminal liability.

Conservative activist Chris Nelson recorded segments of “A Drag Queen Christmas” at Broward Center and posted a video on Twitter in which he is escorted out of the venue by police after protesting the inclusion of children at the hypersexualized theatrical performance.

I’m glad people responded via Twitter. Applause for Nelson and alternative media for standing up for kids. Where are the stories from the mainstream media mob?

Children do not belong in strip clubs, bars, or at adult shows where grown men in thongs and pasties entertain other adults with lewd and crude twerking and jerking. Exposing kids to vulgar and lecherous body movements is sexual child abuse by predators. Depravity is taking on the form of drag queen entertainment.

Although, I have not attended a drag queen show, in my opinion, the video clips depict a bunch of no-talent males acting like fools. However, I have no issues with consenting adults entertaining other consenting adults. But leave the children alone!

“Drag Queen Christmas” is a national tour with 36 shows in 18 different states, including DC.

Applause for the religious community members.

According to the New York Post, A Missouri mayor banned children from attending the DQ Christmas event. Chesterfield Mayor Bob Nation upped the age requirement, citing a local ordinance and concerns over what’s acceptable for minors.

According to the CDC, Child sexual abuse is a significant public health problem and an adverse childhood experience (ACE). Child sexual abuse refers to the involvement of a child (person less than 18 years old) in sexual activity that violates the laws or social taboos of society and that he/she:

Freedom of expression does not include performances of pornographic obscenity and sexual conduct in front of children. That’s an argument used by child predators. And these perverts will fight to keep their platform for obtaining sexual gratification when kids are in the audience.

When a parent, a business, and a society allow children to be groomed and sexualized by predatory adult men – then sane and sensible governing authorities have to step in to protect the kids. Sexual child abuse is a crime. And any adult that thinks otherwise is an accomplice to predatory and perverted behavior.

Every civilized mayor, city council, governor, attorney general and state representative needs to pass ordinances and legislature to prohibit minors from attending drag queen shows. Moreover, citizens need to unite for peaceful public pressure and protests. All faith-based denominations need to come together and denounce the depravity. We need to contact the theaters and the sponsors.

What type of society allows children to be sexualized by adult male predators in wigs, makeup, thongs and pasties as they twerk and jerk? A sick society.