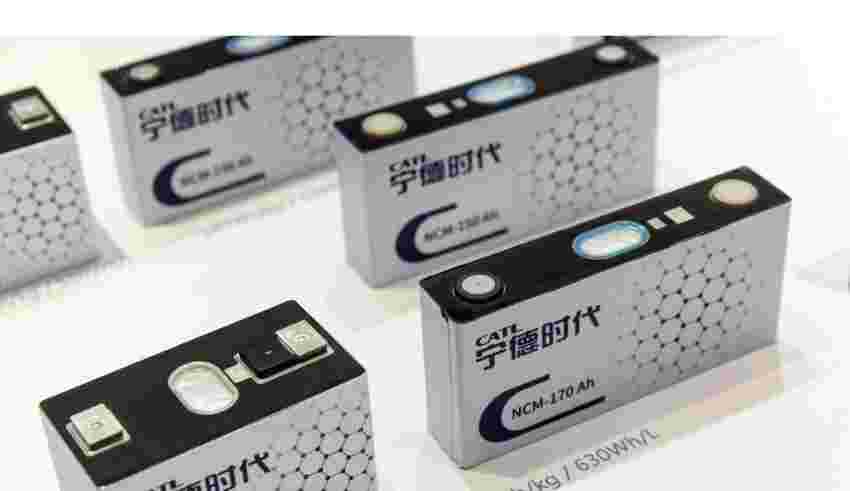 The state has emerged along with Virginia as a potential home of the multibillion-dollar facility, according to people familiar with the matter, who asked not to be identified discussing sensitive negotiations. The factory will provide lithium iron phosphate batteries for Ford’s electric models.

The companies are weighing a novel ownership structure under which Ford would own 100% of the plant, including the building and the infrastructure, while CATL would operate the factory and own the technology to build the cells, the people said. Such an arrangement would let the facility qualify for lucrative production tax credits under the new Inflation Reduction Act while requiring no direct financial investment from CATL.

The Chinese government has discouraged CATL from investing in the US due to tensions with Beijing’s top geopolitical rival, according to the people. The battery maker paused plans this summer to establish a new facility in North America after House Speaker Nancy Pelosi’s trip to Taiwan further strained relations between the superpowers, Bloomberg reported in August.

The proposal is just one option that has emerged since the IRA was signed into law in August, and it’s still far from being a done deal, the people said. The lack of clarity around specific content requirements in the IRA is also impacting the decision, and sites in Mexico and Canada haven’t been ruled out.

The Treasury Department is scheduled to issue guidance finalizing the content requirements and tax credits of the IRA by the end of this month.

“CATL is still deliberating on investing in the US and we have not made the decision yet,” the battery maker said in an emailed statement. “There are multiple models being discussed regarding our investment in the US, and all of those choices are purely based on and only based on business concerns.”

The company, which already has a deal to sell batteries to Ford for use in its flagship F-150 Lightning and Mustang Mach-E vehicles, said it’s “not true” that the Chinese government objects to CATL investing in the US.

Ford said in a statement that “our talks with CATL continue — and we have nothing new to announce.”

If the Dearborn, Michigan-based carmaker opts for Virginia or elsewhere, it would mark another high-profile snub of its home state. Ford opted to build battery hubs in Tennessee and Kentucky in its initial $11 billion investment with South Korea’s SK Innovation Co.

Securing enough batteries to build millions of plug-in models has become a key competitive battleground in the emerging EV market. In addition to Ford’s joint venture with SK, General Motors Co. has established a partnership with South Korea’s LG Energy Solution Ltd. to build battery plants in the US.

“It is incredibly important to own the battery value chain, there’s no doubt,” Lisa Drake, Ford’s vice president of EV industrialization, said in an interview Tuesday on the sidelines of a Ford technology event. That “is why we are controlling the raw materials ourselves, nickel, lithium, etc.”

She declined to comment on the specifics of negotiations with CATL.

CATL, the world’s biggest maker of batteries for electric vehicles, has been considering locations in Mexico and the US to supply cells to automakers including Ford and Tesla Inc., Bloomberg reported earlier this year. But the production tax credit in the IRA, worth as much as $35 per kilowatt hour for each cell produced, could make manufacturing batteries in the US cheaper than in Mexico, according to the people familiar with the matter. The subsidies also offset US tariffs on raw materials imported from China.

Ford announced its partnership with CATL in July, saying it had secured 70% of the battery capacity needed to build more than 2 million EVs annually starting in 2026, a goal set by Chief Executive Officer Jim Farley.

On Ford’s third-quarter earnings call in October, Farley was asked about the status of the CATL partnership given tensions between the US and China. Farley said Ford could “economically” import lithium iron phosphate, or LFP, batteries from China, but alluded to other options to localize production.

“The real billion-dollar question is, when do you localize production of LFP in North America?,” he said on the call. “Whose name is on the front of the building?”

—With assistance from Ed Ludlow, Danny Lee and Philip Glamann.