Home Business Ford, Toyota Are at Odds With Their Suppliers Over EV Tax Credit 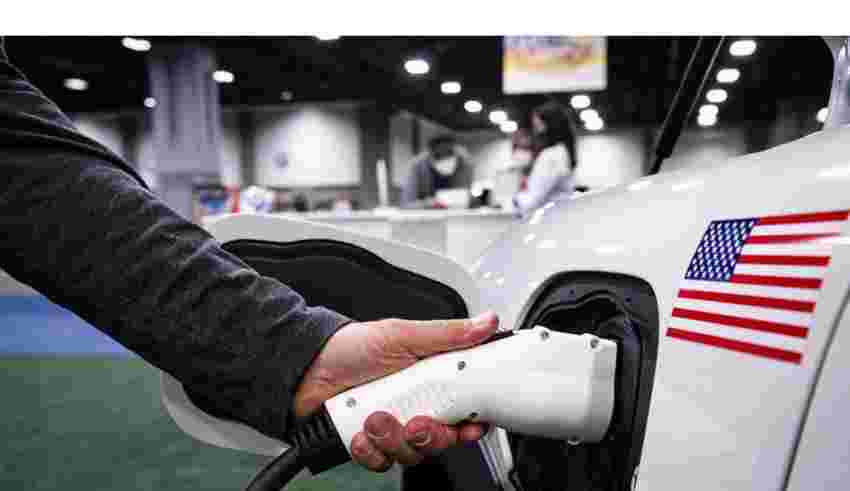 (Bloomberg) — As automakers call on the US government to rethink a plan to limit tax credits for electric vehicles, they’re facing opposition from an unexpected source: their own suppliers.

Car giants such as Ford Motor Co. and Toyota Motor Corp. say the government should loosen the terms of the $430 billion Inflation Reduction Act to allow manufacturers to source EV components from more places. Under the recently passed legislation, consumer tax credits the auto industry says are critical to widespread adoption wouldn’t be allowed for EVs whose batteries contain material from a so-called “foreign entity of concern” beginning in 2024.

The automakers’ stance clashes with that of US mining companies supplying raw materials to the industry, who say the act is right to push manufacturers toward domestic producers.

The rift, which spilled out into the open as the US Internal Revenue Service solicited public input on the EV tax credit provisions in the new law, underscores the divergent agendas of companies across the supply chain on a hotly debated topic. EV adoption has surged in recent years in part because of consumer incentives that bring down sticker prices still running well above those of gas-fueled models.

In comments to the IRS released late Thursday, Ford urged the US to exempt domestic suppliers from the foreign entity restrictions, regardless of ownership, and to also allow most non-US companies as long as 50% or less of their ownership doesn’t meet the foreign entity of concern definition.

“An overly expansive interpretation of this provision risks undermining” the law’s objectives by making the vehicle credits “largely unavailable,” the company said. Ford said the industry needs flexibility so that unintended traces of critical minerals from foreign entities of concern don’t disqualify consumers from getting a tax credit.

Similarly, the Alliance for Automotive Innovation, which lobbies for carmakers including Ford, urged the IRS to “fully contemplate the complexity and structure of the battery supply chain” when finalizing rules. The group called for “flexible” guidance.

Toyota, meanwhile, said guidelines on manufacturing and sourcing should be spelled out — and that Japan should be explicitly included among the sources eligible for tax credits.

“America’s allies, most notably Japan, are at the core of America’s strategy to address vulnerabilities in critical supply chains,” the company said in a letter Friday to the US government.

Domestic producers of the critical materials needed to power EVs, like nickel, lithium and copper, want a stricter interpretation of where automakers can buy from, since compelling companies to purchase US-produced minerals supports the domestic supply chain. President Joe Biden has argued that the US needs to bolster its domestic production and supply chains because much of the key materials needed for EVs and the energy transition is dominated by China.

“The US cannot afford to outsource extraction and processing of hardrock minerals to foreign rivals,” the National Mining Association trade group said in its comments on the law. “China is home to more than 75% of the world’s battery manufacturing capacity, and that dominance is built upon unrivaled control of mineral supply chains.”

The industry has argued that this is why the language was explicitly written into the IRA: All raw materials should be made within US borders. Doing so would help US mining companies secure critical financing to grow their projects and become viable commercial-scale companies to supply automakers.

By expanding the definition of domestic material, US mining companies argue, it would allow loopholes for car companies to source key parts that have, say, nickel from Russia or rare earths from China.

“To allow non-US raw material to be included would create outcomes that were clearly not intended by Congress,” according to comments from MiningMinnesota, which represents companies in the state.