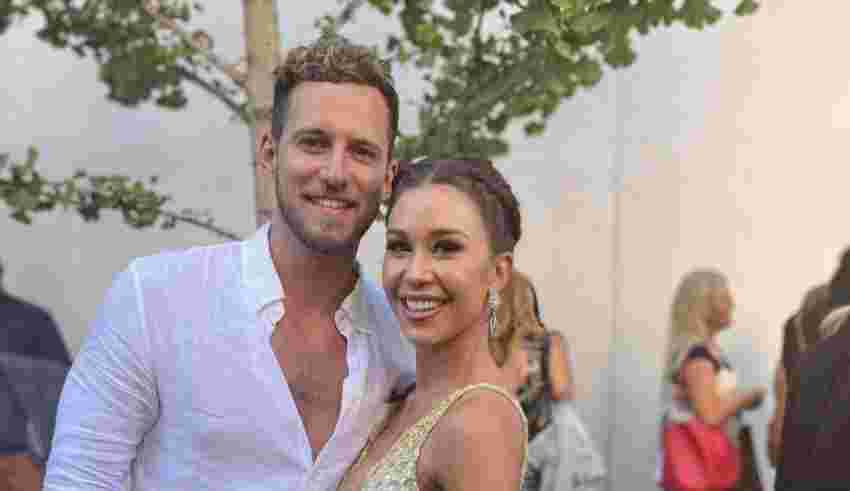 “The Bachelorette” couple Gabby Windey and Erich Schwer have everyone wondering about their relationship!

Over the past two weeks, Gabby has been seen without her engagement ring on “Dancing with the Stars.”

On Monday, Windey hinted at a possible break in their relationship when asked if they were still together.

After performing a Halloween dance with temporary dance partner Alan Bernsten, she told Fox News, “Life is just really busy for the both of us right now. So I understand their concern but we’re just kind of, you know, going forward with each of our individual interests and supporting each other from afar.”

Erich was not in the audience on Monday’s episode, but he did encourage people to vote for Gabby on his Instagram Stories.

Just a few weeks ago, Gabby opened up about Erich’s support when she was doubting herself on “Dancing with the Stars.”

She told “Extra” after Bond Night, “He’s just so encouraging… He’s like, ‘You got this, just do your best… Your best is good enough for everybody.’”

Gabby stressed, “He just wants me to be happy.”

Gabby and Erich got engaged on the “Bachelorette” finale. During the romantic proposal, he told her, “When I met you, I, like, immediately was 100 percent myself. I’ve never met anybody that I felt that comfortable with — that deep of a connection. I felt like I really knew you for years. I didn’t know it, but I had met my soulmate. You finally let your barriers down, and I think our relationship transcended to this insane level.”

Eric continued, “You literally make me feel like I’m the only person in the world. And I will fight every day for the rest of my life to keep that feeling. I love you, Gabby Windey. You are amazing. You are the most amazing person I’ve ever met. It’s you and me until the wheels fall off. I’m head over heels in love with you, and I want to spend the rest of my life with you.”

When the pair appeared on the “After the Final Rose” special, they opened up about their own ups and downs since filming the finale. 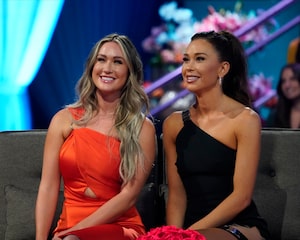 Erich had been accused of breaking up with a girl to appear on “The Bachelorette,” and calling the reality show fake.

Schwer said, “I was taking the cowardly way out. I fully led this girl on and I was using the show as an excuse to not confront her about our relationship at this point where I didn’t see a future, but we were having fun.”

And the show exceeded his expectations. “I love this girl with all my heart,” Erich said. “It’s 100 percent real.”

“Our communication has just gotten better,” she said. “And he’s gracious and he’s honest and I do believe what he says. So not saying that you were right in your actions — I mean, you were kind of an asshole to her.”

She added, “When you say ‘yes’ to spending the rest of your life with someone, it’s not going to be easy… especially in the public eye.”