I will never take for granted how fortunate I am to get to play and cover games for work.

The standard price of most games in Canada is $79.99, which gets to around $90 after tax. If you want a PS5 or Xbox Series X/S title, the cost can go up $10 for a total of roughly $100. And that’s to say nothing of how publishers like Activision Blizzard will try to nickel and dime you in other ways. Simply put, this is a luxury hobby.

That’s why I’ve been so happy to see a growing trend in games lately: game demos. Leading up to the PlayStation 3 and Xbox 360 era, we used to get so many of these, be it through Pizza Hut-distributed discs, pack-ins with other games (like Zone of the Enders having a Metal Gear Solid 2: Sons of Liberty demo) or just digitally released, publicly downloadable trials. But in the past several years, outside of multiplayer betas, publishers have put out far fewer demos for single-player games. 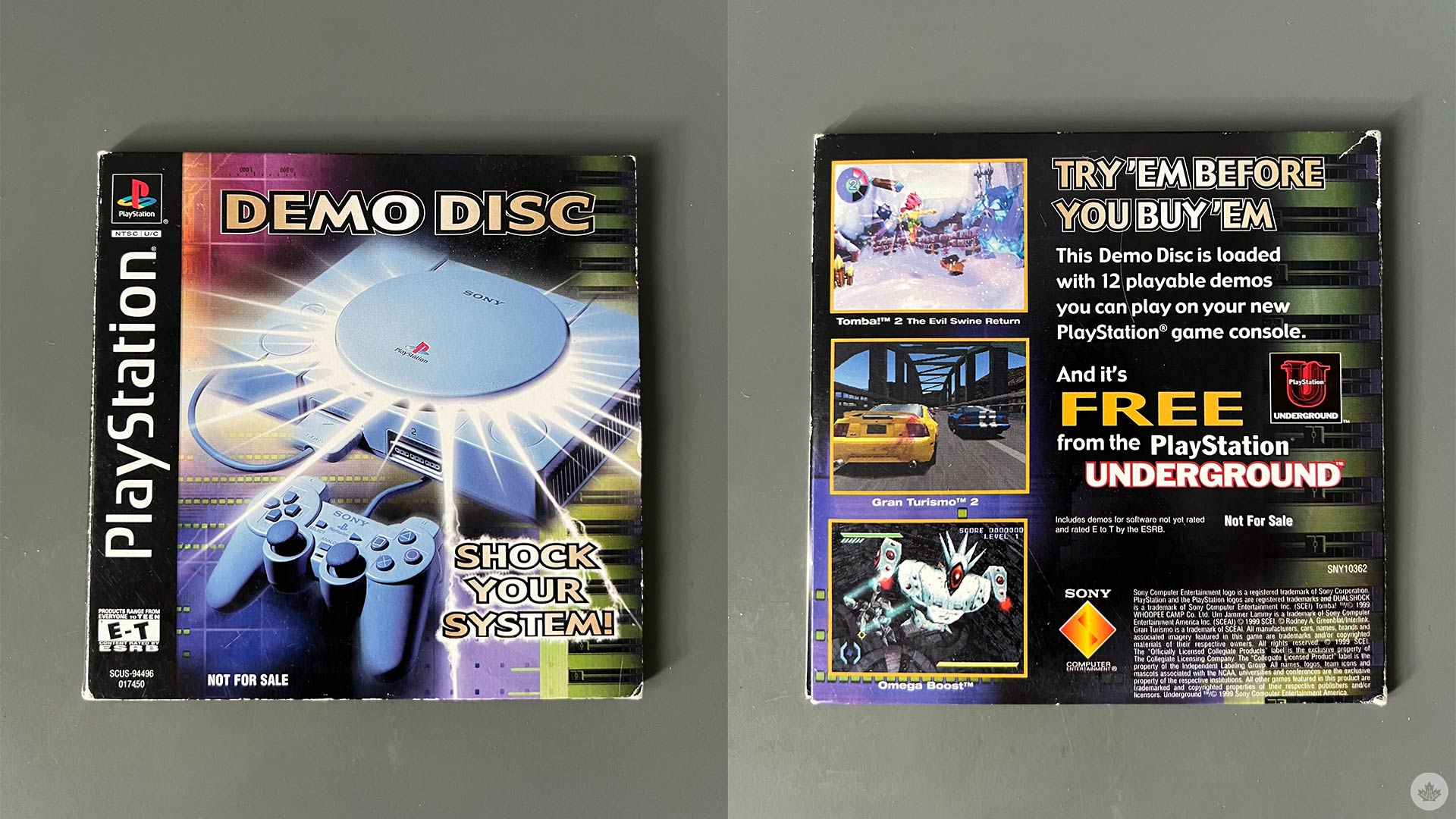 It’s really only during the COVID-19 pandemic that we’ve seen companies embrace the concept of demos again. After all, with a lot of physical events cancelled, they were pushed to find a way to bring the games straight to the players. For example, Xbox and Summer Game Fest have run multiple special events to offer dozens of free downloadable demos. Steam has also had similar initiatives, on top of having a reasonable refund policy to let people try a game for a bit but still be able to get their money back. The Game Awards, produced by Canada’s Geoff Keighley, has also been pushing to quickly bring experiences shown on-stage to people at home, like the fascinating The Matrix Awakens demo. And that doesn’t even account for 2022.

This year alone on Switch, we’ve gotten free demos for titles like Mario Strikers: Battle League, Kirby and the Forgotten Land, Triangle Strategy and Fire Emblem Warriors: Three Hopes, with progress carrying over to the full game in the latter two cases. But the best example I’ve seen of this on the Switch came in the past two weeks with Square Enix’s Live A Live.

A free demo containing the RPG’s three chapters dropped in late June, and progress carries over to the main game. Live A Live is the perfect title for a demo — it’s a remake of a Super Famicom JRPG that was only ever released in Japan. For that reason, a lot of people understandably didn’t even know about it. That’s a shame, as it was helmed by Takashi Tokita, co-director of one of the most beloved JRPGs of all time, Chrono Trigger, and features music from legendary composer Yoko Shimomura (Kingdom Hearts). Since the demo dropped, strong word of mouth has circulated for the game, and it was even trending on Twitter earlier this week as the preview embargo lifted. For a little-known game like this, the demo has been the perfect way to get on people’s radars. (For what it’s worth, I’m reviewing Live A Live for MobileSyrup and am so far adoring it.)

PlayStation, meanwhile, has recently taken a different approach to demos — full-game trials. Available through the highest tier of its newly relaunched PlayStation Plus service, these demos offer time-limited access to the complete experience, so you really can get a decent idea of whether you like a game. So far, these mostly are capped at two hours, but two larger titles, Cyberpunk 2077 and Horizon Forbidden West, kindly afford you five hours of playtime. On top of that, just like the Nintendo demos, your saved data — plus trophy progress — will be retained should you decide to purchase the game. While it’s frustrating that there are only 15 demos available at the moment and that they’re locked behind the most expensive PS Plus membership, it’s a good idea that will hopefully be expanded upon.

Then there’s Xbox. In addition to the aforementioned seasonal demo events, the company’s Netflix-esque Game Pass service — which includes hundreds of titles at an affordable monthly cost — is certainly always a more cost-effective way of sampling different experiences. Further, Microsoft also recently confirmed plans to offer demos through Game Pass, not unlike PlayStation Plus. The company didn’t reveal many details about this ‘Project Moorcroft,’ but did say it will launch sometime within the next year and focus on indie games. The goal is to give smaller developers a way to promote their work while also gathering feedback that can be used for the final product. It’s unclear how well it will actually function in practice, but on paper, it sounds like a lovely idea. 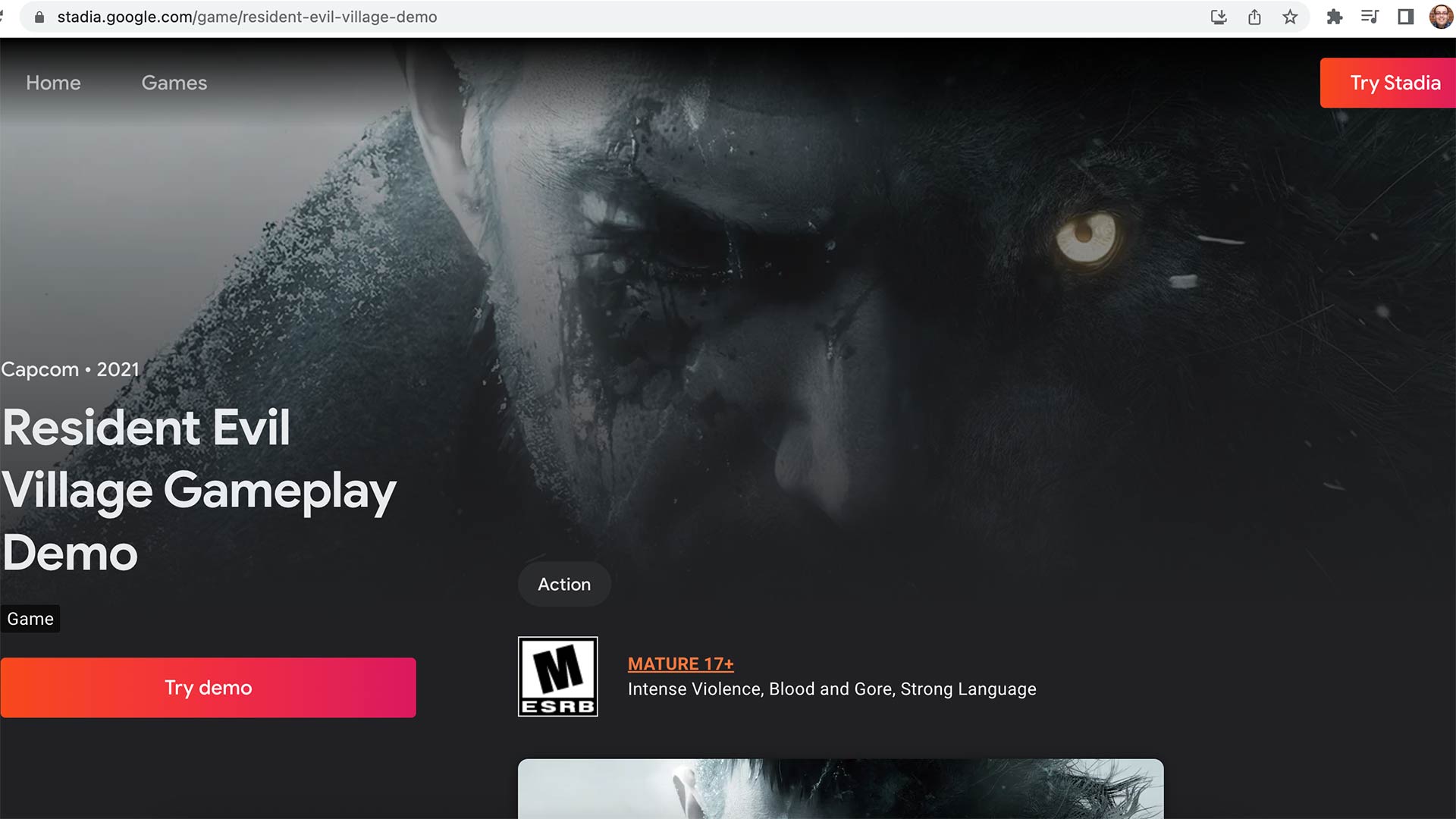 Not needing to own a console or high-end PC to even try Resident Evil Village is pretty neat. (Image credit: Google)

I’ll also give a special shoutout to Google Stadia. While I’ve been (justifiably) hard on the service in the past, I admire how Google has used the service’s inherently solid streaming technology to offer easy-to-access demos to people. For example, being able to sample a demo of Resident Evil Village — a polished modern game, no less — simply by visiting Capcom’s website or Stadia’s site is really cool. The best part of streaming — when your internet isn’t down due to outages like Rogers’, at least — is being able to eliminate the need for an expensive console or PC to play a high-quality game. Other Stadia demos require a free Google account but are otherwise easily accessible as well. Initiatives like these are effective in allowing Google to keep its fledgling Stadia service relevant while also offering consumers something unique and helpful.

Again, pretty much everything I’ve mentioned has only just sprung out since the start of 2022. Part of what’s cool about games is the medium’s constant progression, given the rapid growth of technology. It’s tantalizing to think of the ways companies can further push the idea of game trials. I always think back to comments made in 2019 by Canada’s Jade Raymond, the ex-Stadia boss who’s now leading her own Montreal-based PlayStation studio. While still at Google, Raymond proposed a gaming documentary on YouTube that would, through the power of Stadia, allow you to actually play through part of the film. Things like that are extremely intriguing, and I’m eager to see how tech wizards around the world might pursue similar ideas. For now, though, let me get back to playing more Live A Live.