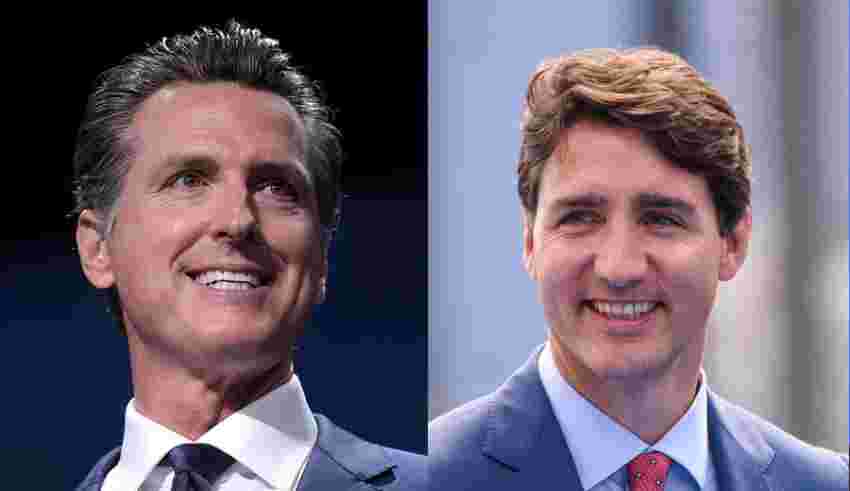 PORTSMOUTH, OH – Yes, it’s that time of the season when the calendar year comes to a close and we reflect upon the most self-serving megalomaniacs in powerful political positions. I’ve narrowed it down to two fruitcake candidates.

Grandiose Gavin Newsom, the Governor of California, has never walked by a mirror without stopping to admire his hairdo. Snagging a pic on the cover of GQ, his lifelong goal, has slowly slipped away – likened to his disappearing hair follicles.

“Hypocrisy and elite virtue signaling, however, are trademarks of California politicians — and illustrate how little elected officials care for the victims of their ideological agendas.” That’s what a journalist for the New York Post wrote about loco-woko Newsom.

Jerky Justin Trudeau, the current prime minister of Canada, recently celebrated with drag queens (DQs) on television. Trudeau made history with his appearance by becoming the first world leader to appear on the show, which was created by drag star RuPaul, according to CBC News in Canada.

“I’m glad to be the first I look forward to the time there’s a third or a fourth world leader in the work room,” Trudeau said in the video posted to YouTube.

Excuse me while I dash to the toilet to upchuck. Alas, I feel embarrassed for the Canadian citizens.

Is Justin Trudeau Merely a Moron? Watch the answer on YouTube. Hint: You already know the answer.

Both Newsom and Trudeau could would also quality for the Haters of Humanity Dishonor; the Quadruple Cringe Factor Trophy; the Moronic Madness Medal; the Bad-Bad-Bad Attitude Accolade; and the Puffery Propaganda Policy Prize.

Moving on to the Nerdiest Narcissist on the Planet in 2022…

The dishonor goes to Jabber Justin. He was neck-n-neck with Gloomy Gavin, but the drag queen guest appearance sealed the deal.