Last month, Google finally started rolling out a ‘split’ mode to its Gboard keyboard. The split-keyboard option is ideal for large screen devices, like foldables, allowing users to easily type using their thumbs.

An added benefit of the new split mode: Gboard on the Surface Duo is slightly less useless now. Before the change, Duo owners could really only rely on Gboard for single-screen use. If you opened the keyboard in an app that spanned both displays, Gboard would also span both screens. While that may sound find, the problem with the Duo is it uses two separate screens with a gap between them for the hinge — that gap blocked some keys on Gboard (see the pic below).

Of course, that’s not to mention the difficulty of actually typing on Gboard when spanned across both screens. Blocked keys aside, my thumbs can’t reach the middle of the screens when holding the Duo, rendering several of the middle keys out of reach.

Because of this, Duo users were stuck with Microsoft’s SwiftKey keyboard, which included several keyboard modes to work with the Duo’s various screens and typing positions right from the start. (As an aside, I don’t have any problems with SwiftKey on the Duo, and found it generally worked well — I just prefer Gboard because I’m used to it).

Duo users will be able to enjoy Gboard’s split-keyboard both in landscape mode and in the ‘compose’ mode — or, as I like to call it, Nintendo DS mode — when the screens are stacked on top of each other. You can see the new Gboard layout in action in the video above (courtesy of Shane Craig).

The bad news is Duo users may need to wait before they can actually use it. Split-keyboard is only available in the Gboard beta, and even then is only available to some users (for example, I don’t have it on my original Surface Duo, despite being enrolled in the beta and fully up to date). below, you can see the old non-split Gboard: 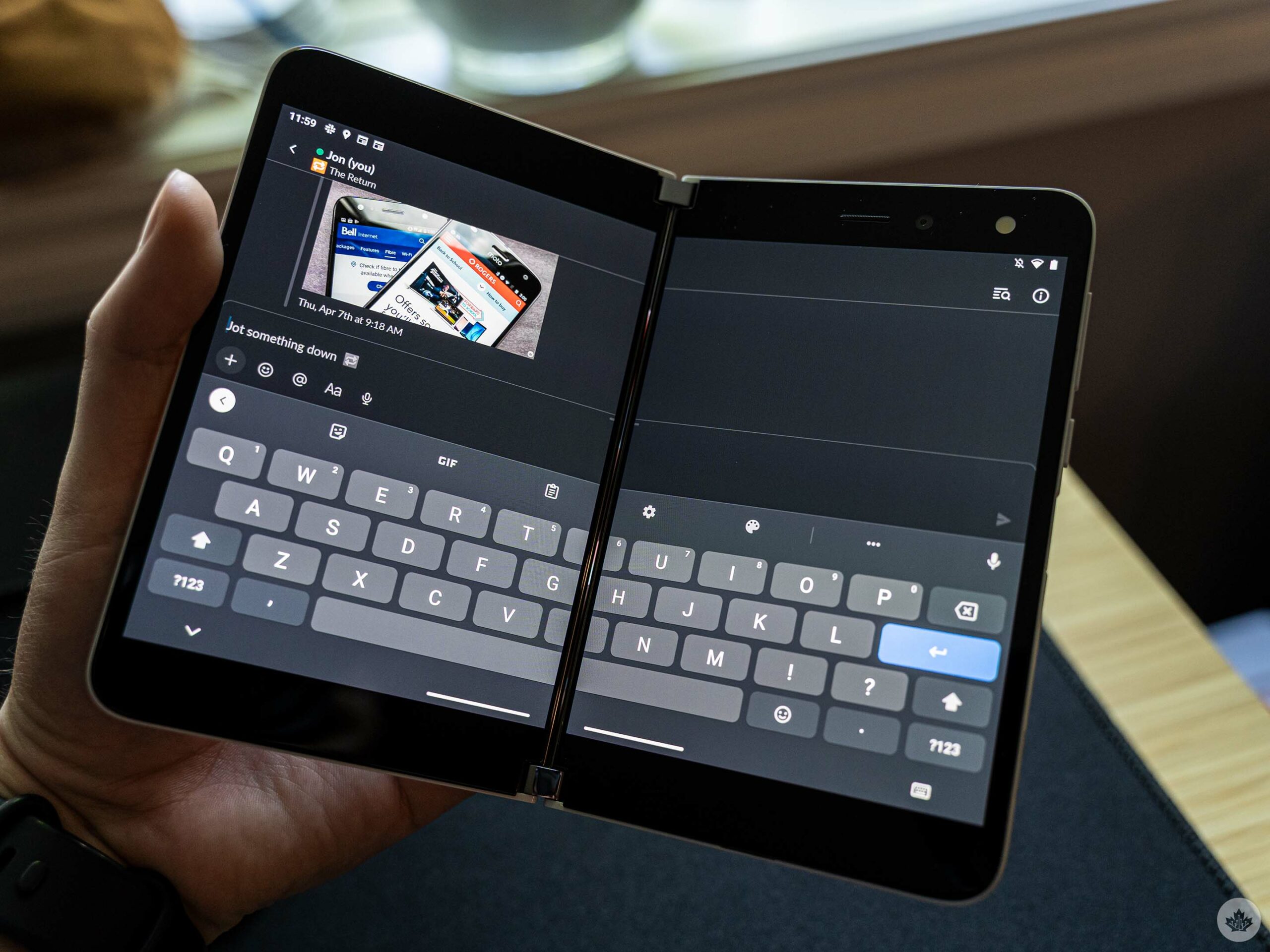 Hopefully the split-keyboard mode rolls out to more users soon.