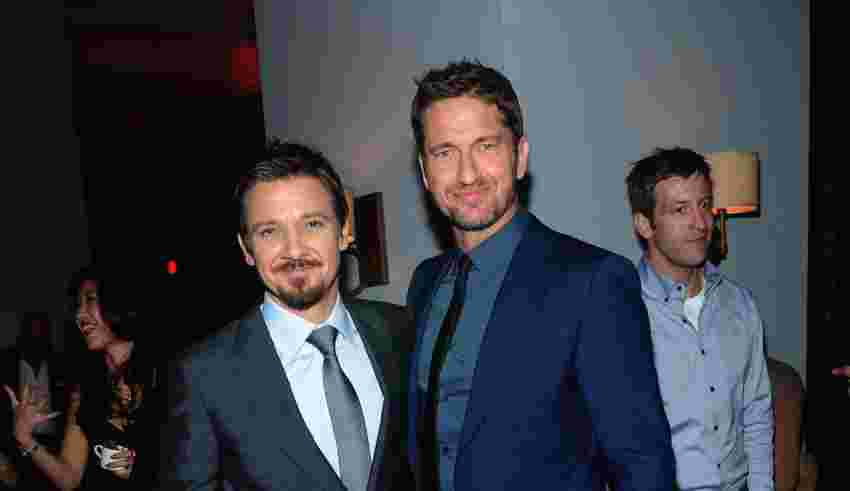 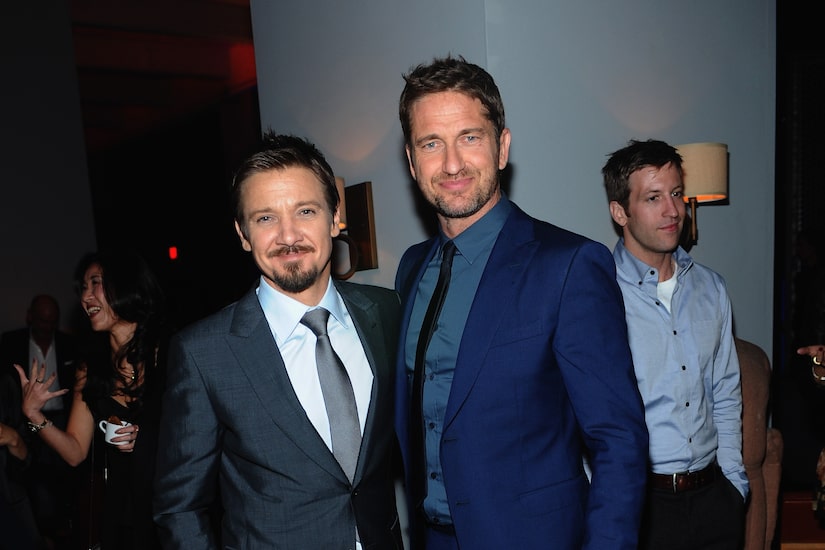 Gerard Butler plays a pilot caught in a war zone after he’s forced to land his commercial aircraft during a terrible storm in the new film “Plane.”

Along with discussing the film, “Extra’s” Terri Seymour spoke with Gerard about his friend Jeremy Renner, who recently survived a snowplow accident.

Butler noted, “I know Jeremy. We made two separate movies many years ago, like 19 years ago in Iceland, and became friends, and he is one of the nicest among actors. He’s everybody’s favorite. He’s a super talented guy in every area of life and he’s a lovely, humble guy.”

Gerard has reached out to Jeremy, who suffered “blunt chest trauma and orthopedic injuries” when the machine ran over him.

Joined by his “Plane” co-star Mike Colter, Butler revealed, “I did send him a text and tell him, ‘Dude, you’re such a warrior and the whole world is behind you right now. We’re all cheering you on, my man.’”

As for “Plane,” Terri told Gerard and Mike that the movie made her never want to fly again.

Butler quipped, “We really hope we haven’t done too much damage to the airlines because I know they are struggling at the moment. Let me just state, this is a complete work of fiction.”

When Terri noted how terrifyingly realistic the movie is, Gerard commented, “That’s the biggest compliment because, as I say, it is a work of fiction.”

In the movie, Colter plays a passenger who is being extradited on homicide charges. 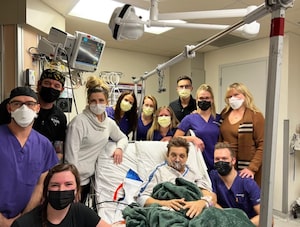 Butler, who is also a producer on the film, dished, “When he turned up on set and we talked and started working together it was like, not only is he the missing piece, he’s elevating to a level, bringing colors to it that even I didn’t realize we would have… and he had so much input. It’s such a great dynamic between these two guys.”

What about the movie appealed to Mike? He answered, “I think it’s the familiarity, you know, in every person’s journey when they are getting onto a plane, it just crosses our mind… We just start to think the worst and it might not last long, but we say, ‘What if, what if?’”

He added, “There’s a quick instant bonding the audience goes through. You might find yourself squeezing the person’s hand next to you or white knuckling it because you’re just so afraid.”

Butler added, “During the screening, he was squeezing my hand the whole time!”