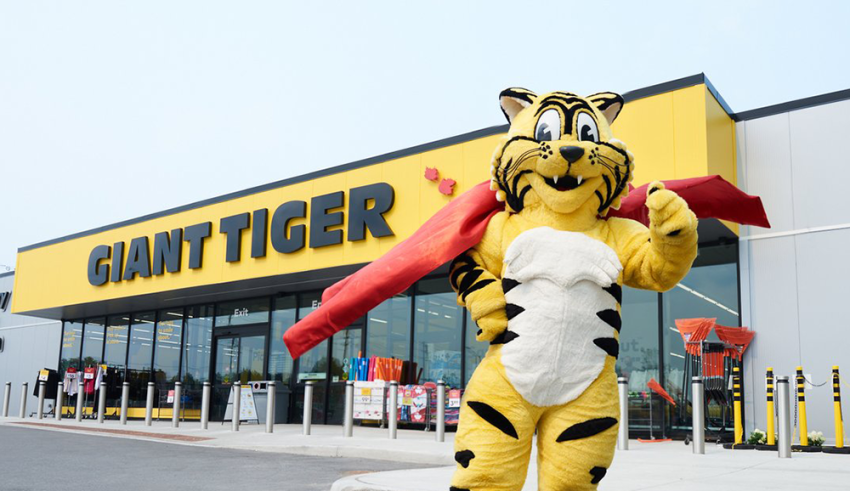 Giant Tiger Stores Ltd. chief executive departed the company this week in the midst of positioning the discount retailer as a go-to store for price-sensitive shoppers during the worst inflation crisis since the early 1980s.

Board member Gino DiGioacchino has been appointed as interim CEO.

“We would like to take this time to thank Mr. Wood for his service and wish him all the best in his future endeavours,” Alison Scarlett, head of communications, said in an email.

Wood became chief executive at the Ottawa-based company in September 2020, after spending 17 years prior in various internal roles, according to his LinkedIn profile. He helped navigate the company through pandemic-era woes, including supply chain logjams and price increases to business inputs.

Wood’s departure appeared abrupt to outsiders. A week earlier, in what turned out to be his last interview as CEO, he gave a tour of one of the company’s stores in Brampton, Ont., a suburb just outside of Toronto.

If Wood knew he would soon be leaving the company, he didn’t let on as he walked through the aisles, pointing out expanded collections of clothing, Christmas wares and $10-skeins of yarn that typically retail for $12 and up at other retailers.

At nearly every item he passed, Wood reiterated his belief that Giant Tiger — which operates more than 260 stores between Alberta and Prince Edward Island, with most in Ontario and Quebec — is perfectly placed to help shoppers withstand sky-high inflation because of its ethos to keep costs as low as possible.

“It’s in our DNA,” Wood said. “We keep our cost base low and if we keep our costs low, then we’re not facing pressure to be pushing (up prices).”

High inflation appears to be impacting Canadians’ wallets. Visits to food banks increased to record highs in March this year due to higher costs for nearly everything, one recent report said. The cost of food has increased substantially, with Canadians paying upwards of 11 per cent more for groceries in September than a year before, according to Statistics Canada’s latest inflation report. That’s higher than the overall inflation rate of 6.9 per cent and the fastest acceleration since August 1981.

In response to shoppers’ search for discounts and low prices, Giant Tiger has ramped up its fresh groceries products this year. But higher fuel and commodity prices, poor weather and the war in Ukraine have all pushed prices up at the checkout, making it challenging to deliver on Giant Tiger’s “savings to smile about” slogan.

“I think inflation is not something that anyone can avoid, but what we have always strived to do is provide the lowest possible price in the market,” Wood said of the 62-year-old company. “That positioning, that drive, that focus of ours really has not changed at all. In fact, we’re paying even more attention to that than we have in the past.”

Giant Tiger started as a single store in Ottawa’s ByWard Market in 1961. Founder Gordon Reid opened the discount retailer in part because of fond memories from his mother’s job at Woolworths, a discount supermarket from Australian Woolworths Group Ltd., he told the Canadian Business Journal in 2011.

Today the store sells a variety of wares, including home decor and small furniture, clothing, toys, pet products and food, and promises to sell at the lowest price on the market. For example, a four-cup Pyrex measuring cup sells for $7.97 on Giant Tiger’s website while the same cup sells online for $16 at Walmart Canada.

Wood said one of the main reasons Giant Tiger is able to keep costs low is because of its private trucking fleet, which handles product deliveries for all its stores across the country.

Its trucking strategy sets it apart from many other retailers forced to pay profit-making fees to third-party transport companies to get goods to brick-and-mortar stores. Those fees, which put a strain on operating expenses in the grocery industry, for example, are either absorbed or passed on to consumers.

“We have our own trucking group, Tiger Trucking, that delivers products to our stores every day across the country and that fleet has been a key contributing factor to helping us keep costs low,” said Wood of the 150-truck and 700-container fleet.

Giant Tiger further honed its savings strategy during the pandemic. Supply chain disruptions served as an exercise to make operations more “agile,” and have proven beneficial in the current high-inflationary environment, Wood said. One such change was allowing purchasing managers the freedom to pivot to different brands for certain items if they weren’t available, a practice that carries on today.

Further, the company avoids stockpiling inventory and instead “tightly” manages the amount of goods it keeps on hand. It also leaves room for purchasing managers to source deals on goods on a weekly, if not daily, basis, Wood said.

That policy also keeps storerooms small so it doesn’t have to pay for expensive big-box store space. Giant Tiger further reduces costs by keeping to a spare store design, for example choosing simple light fixtures, so it can pass those savings onto customers.

Keeping frugal is key to navigating a difficult macroeconomic environment with the potential to stunt growth, Wood said. To that end, this year Giant Tiger is cutting back on physical flyers and has whittled down its print advertising in favour of digital alternatives. The retailer also encourages employees at every level of the company to work to keep sticker prices low. “We’re working together to serve the customer. If we keep that in mind, then we can … figure out the best way to do what we need to do at the lowest possible cost,” Wood said.

Though Wood is no longer CEO, Scarlett said the company will keep to that low-cost vision. “Giant Tiger’s focus remains on providing Canadians with the products and groceries they need at the lowest price possible every day. We are proud to serve the 264 communities we call home and look forward to expanding further in the future,” she said.