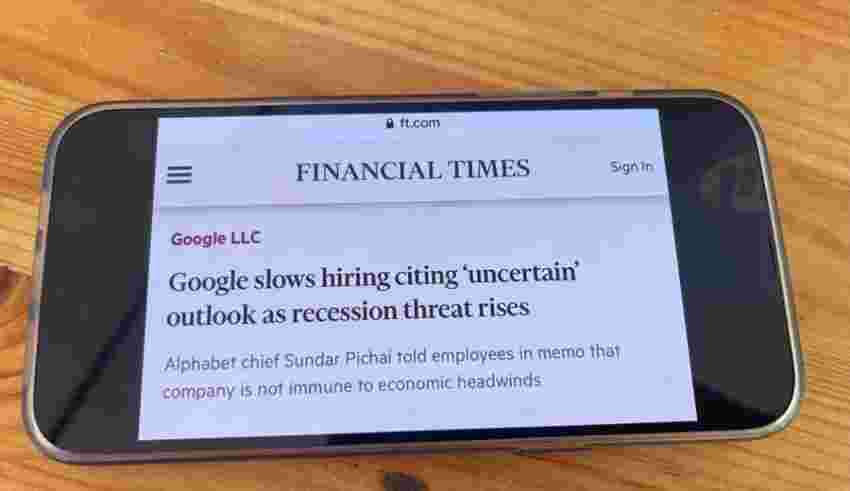 MOUNTAIN VIEW, CA – During a meeting on Thursday, Google Google CEO Sundar Pichai left employees hanging when asked if the current financial upheaval in the tech field – which has resulted in thousands of layoffs from companies such as Twitter and Meta, the parent company of Facebook – would also trickle down to potentially threaten their jobs in the upcoming year.

While taking questions from employees, Pichai refused to provide an answer when queried about any potential reductions in Google’s workforce in 2023 amid a downturn in the tech industry.

“It’s really tough to predict the future so unfortunately I can’t honestly sit here and make forward-looking commitments,” he replied. “What we’ve been trying hard to do, and you’ve seen the messaging for the past many, many months, is we are trying to make important decisions, be disciplined, prioritize where we can, rationalize where we can, so that we are set up to better weather the storm regardless of what’s ahead. I think that’s what we should focus on and try and do our best there.”

The Google employees were left with no clue if they would still be collecting a paycheck in the upcoming year, a grim prospect heading into the holiday season.

About a week after acquiring Twitter in October, new CEO Elon Musk began laying off about half of the company’s approximately 7,500 employees; this was followed by Meta laying off 11,000 employees – or 13 percent of its workforce – in November 2022. That same month, Apple announced a hiring freeze and Amazon announced 10,000 in layoffs, with CEO Andy Jassy saying that there would be more to come in 2023.

While no layoffs have been announced yet by Google, the company did institute a hiring slowdown recently, as well as a shuffle of some of its top names in an effort to minimize the effects of inflation and a reduction of the amount of e-commerce activity on the part of the public following the COVID-19 pandemic.

Alphabet, the parent company of both Google and YouTube, posted a profit of $69.1 billion for the July-September quarter; while this represented an increase of 6 percent year-over-year, it also was the first time the company’s quarterly revenue increased by less than 10 percent since the April-June quarter of 2020.