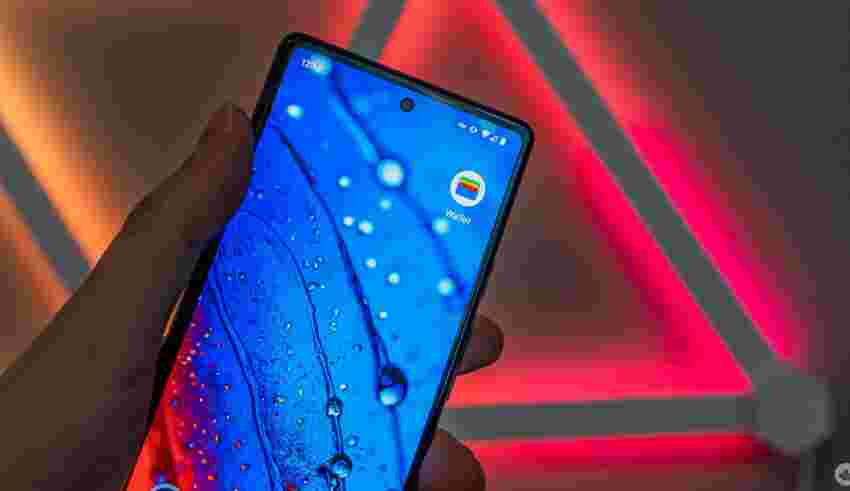 Some people have run into issues tapping their Android phones to pay at stores due to an odd Google Wallet issue. Those encountering the issue receive a pop-up noting that their device “doesn’t meet security requirements,” warning that the phone “may be rooted or running uncertified software.”

Complaints have emerged on Reddit from users with Google Pixel and Samsung Galaxy smartphones, but the people encountering the issue don’t have rooted or modified phones. Worse, common solutions like clearing the Play Store’s app cache don’t seem to make a difference. 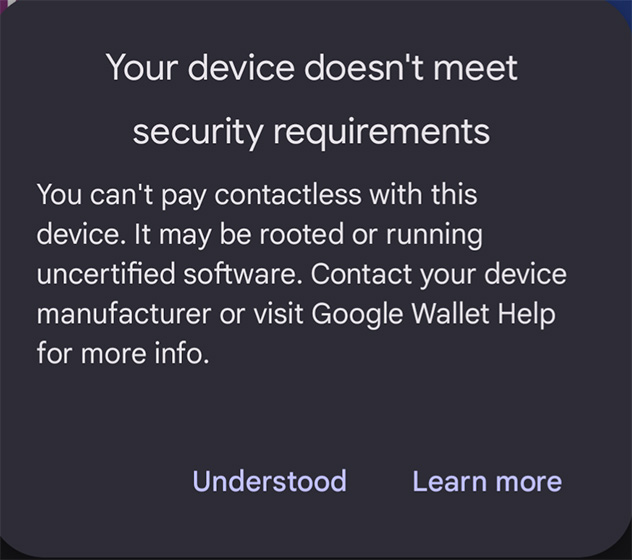 However, Android Police suggests the problem could be related to a change to Android’s security check process. Google Wallet typically performs a device check using the ‘SafetyNet Attestation API’ when users try to make a payment. That check looks for things that could make transmitting card information extra risky, such as unlocked bootloaders. Phones that fail the check see the above pop-up.

Android Police explains that Google is in the process of replacing the SafetyNet Attestation API with a new API dubbed ‘Play Integrity.’ The switch is supposed to happen in 2024, but Google has forged ahead with its own apps — for example, Google Wallet.

The publication suggests the switch to Play Integrity could be connected to the new wave of failed safety checks for people with smartphones that shouldn’t fail the checks. Android Police points to RSA Security’s SecurID Authenticator app, which recently faced the same problem after the 4.1.5 update last week.

RSA explained in a community forum bulletin that it switched from SafetyNet to Play Integrity for SecurID security checks, and then the app started detecting a rooted state and prevented people from using the app. After working with Google on the issue, RSA pushed version 4.1.6 out over the weekend with a fix for the issue.

That said, it’s not clear whether the Play Integrity check is behind the Google Wallet problem. An Android Police employee has a Galaxy S22 Ultra with the old Google Pay app that is also impacted by the issue, so it’s possible something else is going on. Moreover, Google appears to have switched Wallet to Play Integrity in August, so it’s odd that it’d be causing a problem now.

Regardless, the problem seems to have a wide enough spread that Google will hopefully push out a fix sooner rather than later.

Lamborghini’s go-anywhere supercar travels to Qatar for a big debut. As the World Cup draw…