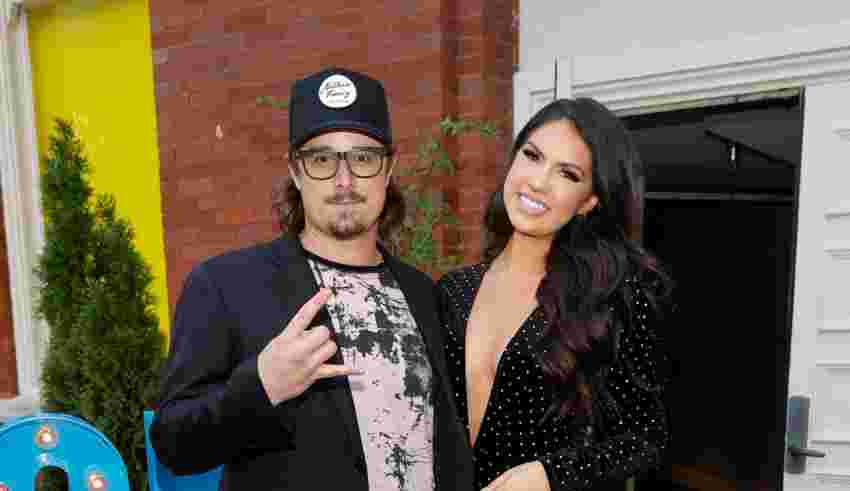 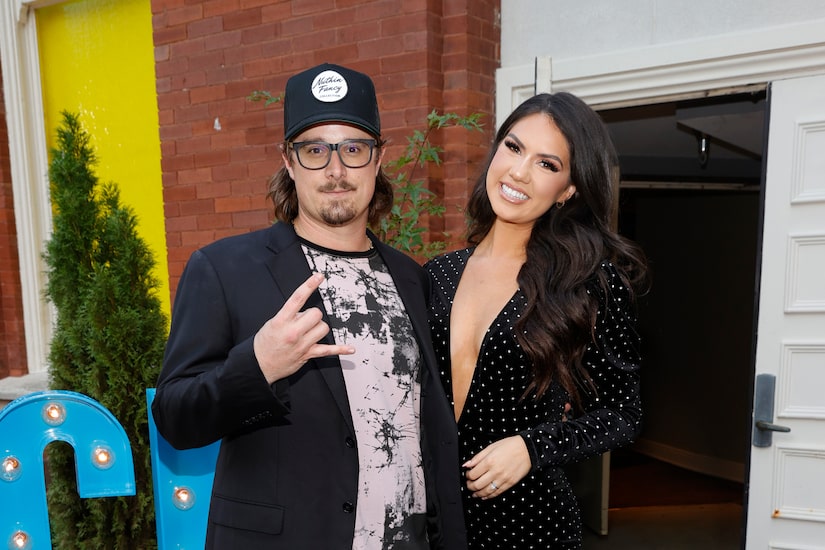 Over the weekend, HARDY, 32, tied the knot with Caleigh Ryan, 25, at Diamond Creek Farms in Nashville.

The pair said their “I dos” in front of 350 guests at the venue, which Ryan described as “brand new and absolutely stunning.”

Caleigh told People magazine, “It’s like huge, green pastures. It’s a beautiful stone venue. It has an outside ceremony space that looks out to all the trees and Tennessee landscape. It’ll be moody.”

Ryan’s wedding dress was a team effort, between her, Naama & Anat, and Haute Bridal.

Caleigh gushed, “I love it. It came out so beautifully.”

HARDY wore a suit by Stitched in Las  Vegas, a bow tie, and gold cuff links that his great-uncle once owned.

The pair opted to exchange their vows “privately.” Hardy explained, “We want the ceremony to be like 30 seconds long. We just want to have a big party for everybody. I’m trying to avoid having a complete meltdown in front of everyone, and I don’t think I could get through vows at the altar, and she’s the same. The vows will be for us. It doesn’t have to be for everybody else.”

Hardy’s bestie Smith Ahnquist was the officiant at the wedding. Hardy revealed, “I met him through songwriting. He’s a songwriter, and he’s one of our favorite people. He’s very strong in his faith, and we wanted that to be a big part of who would marry us.”

Caleigh commented, “When we asked him, he was so nervous. He’s so cute, though. He is just such a great guy and we just knew he’d be such a solid choice.”

As for their first dance, the couple picked Journey’s hit song “Faithfully.”

HARDY noted, “It’s very appropriate. Two months after we started dating, we were in Arizona on a road trip, and we played that song. We put it on, and I teared up going down the road. I got choked up for like 30 seconds. It was at the time I was getting ready to sign a record deal, and I was a little apprehensive about it — I loved her so much and was a little worried at the time about how I was gonna be able to balance that.”

He added, “There’s a line in ‘Faithfully’ that says, ‘They say that the road ain’t no place to start a family,’ and that line just shook me because I was so worried. Now, years later, we’ve been able to balance all that stuff. But that was just such a huge moment for me because how hard that line hit me assured me how much I loved her. I wanted to always make sure that she came before any of that.”

A year ago, HARDY popped the question to Caleigh after three years of dating.

HARDY shared the happy engagement news with a proposal photo. He wrote on Instagram, “I’m not her boyfriend anymore ❤️.”

Of their relationship, Ryan dished, “Once we met each other, there really was no one else. We never entertained anyone else. It was just so easy.”

HARDY said, “I loved her after the third time that we ever hung out. It was the realest thing I had ever experienced. I actually told her I loved her at Stagecoach, out in the crowd.”