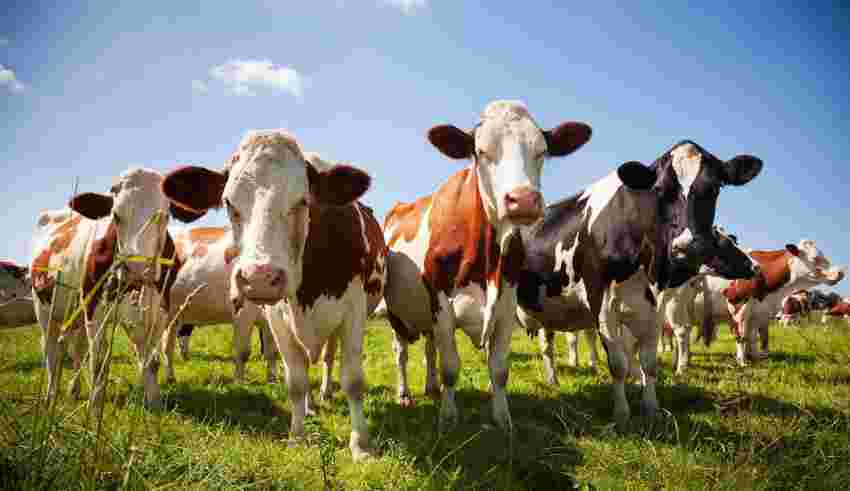 A study published in Nature Food earlier this week (Monday, Nov 14th) has concluded that cannabidiol, delta-9 tetrahydrocannabinol (THC), and several other cannabinoids typically abundant in the hemp plant are transferred to the milk produced by hemp-fed cows.

The researchers used liquid chromatography-tandem mass spectrometry and toxicokinetic computer modeling to accurately assess the “feed-to-milk transfer rate” of cannabinoids they were measuring – determining a rate of 0.20% +/- 0.03%.

As for the effect of the hemp feed on the cows themselves, the researchers noted that “Feeding up to 0.92 kg per cow per day of industrial hemp silage A with very low cannabinoid concentration … had no effect on physiological parameters and health.”

However, the cows given cannabinoid-rich feed reportedly demonstrated the following effects:

For those not in the know, this study is of particular importance to American dairy farmers, some of whom are calling for more exploration of hemp feed for cattle because of its affordability and nutritional value.

Hemp-based cattle feed remains outlawed in the US for now out of concerns for cannabinoids proliferating into the food supply.

Though this study at least offers a telling glimpse into the transferability of cannabinoids from cattle feed to milk and the effects of hemp-based feed on cattle, there is much more to explore in terms of how the produced milk affects humans and other issues before the legal conversation can gain more backing.