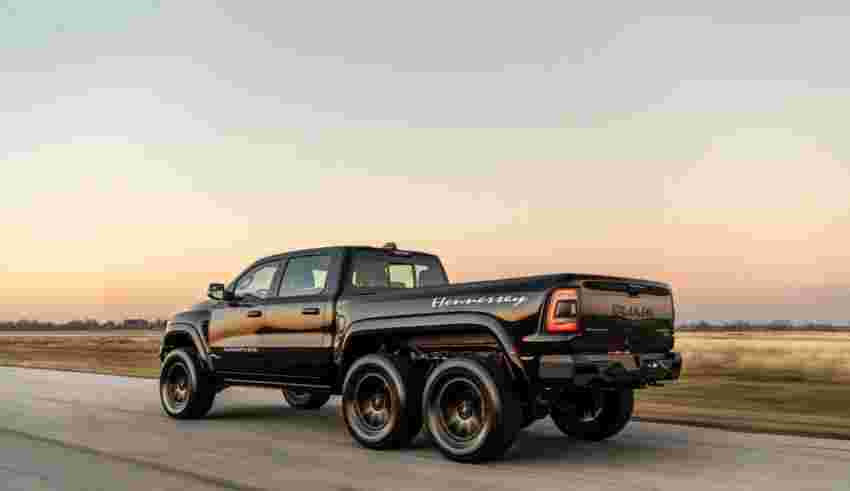 Hennessey’s MAMMOTH 1000-upgraded RAM TRX truck takes a vehicle that is already powerful and capable in various terrains and makes it a true performance masterpiece. However, Hennessey’s creations are only ever over the top, and the Texas-based performance powerhouse simply had to test the limits of the TRX, especially in a place where everything is bigger. That’s where the limited-edition 6×6 version of the MAMMOTH 1000 comes in, but now, it goes yet further, with a rare new MAMMOTH 6×6 TRX with an incredible 1,200 horsepower.

With an unthinkable amount of power getting sent to six immense wheels on an incredibly long and tall truck, the new 1,200-horsepower Hennessey MAMMOTH 6×6, endowed with the Hellephant engine, is undoubtedly an impressive vehicle, and to show it off, Hennessey’s team took it to their own Pennzoil Proving Grounds in Sealy, Texas to give the tremendous truck a final, spectacular test, all caught on camera. Watch the video and you’ll get to check out lots of dirt getting kicked up and around by the truck’s six wheels, and you’ll also get to see the truck deliver shockingly impressive performance on the asphalt stretches of the proving grounds, considering its immense size. It’s all quite the sight, especially when you consider the fact that Hennessey only plans on making three examples of the truck, all of which will be undoubtedly incredible vehicles.