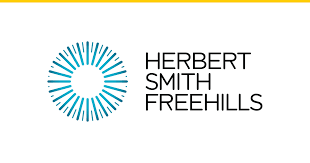 This new capital will be employed to fund the continued rapid growth and expansion of the company.

Elizabeth Henderson said, “It’s a ringing endorsement of Style Arcade, its Founders, and its technology offering to have its Series A investment round led by Acadian Software, whose investment focus is in SaaS businesses with proven technology and strong fundamentals. Herbert Smith Freehills very much enjoyed working with Style Arcade over this and previous raises, and watching the business grow from strength to strength.”

Taseen Rafi said, “It was wonderful working with Michaela and Tristan, who have developed a great SaaS solution for an exciting sector. With the help of Acadian Software’s experience and expertise, we expect big things in coming years from Style Arcade.”

Michaela Wessels, CEO and Co-Founder of Style Arcade, said, “This is the second capital raise we have completed with HSF representing us. The calibre of the team and the confidence with which they execute and advise is unmatched. Elizabeth and Taseen, thank you both for being so incredibly responsive, knowledgeable, and also a great deal of fun to work with!”

This deal is another example of Herbert Smith Freehills’ market-leading work in Australian venture capital raisings, and particularly with those delivering SaaS technology. Other examples include: