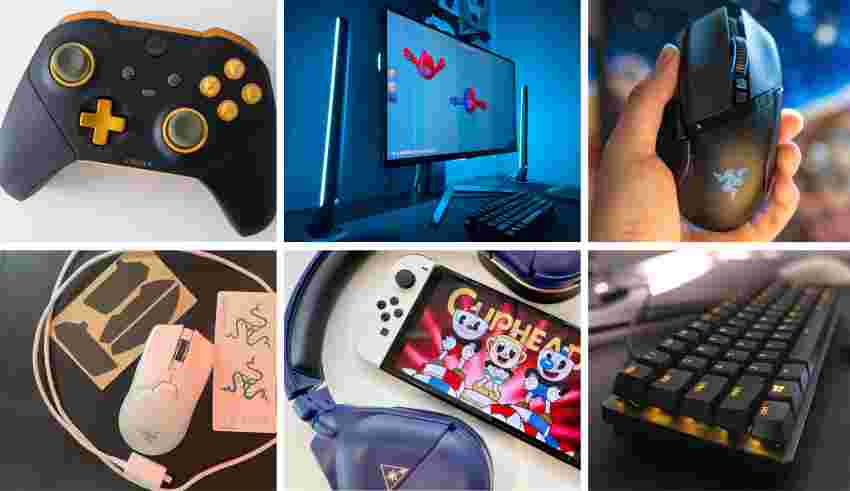 2022 saw the release of several new gaming accessories and peripherals from the likes of giants like Razer, Microsoft, Turtle Beach and more.

From gaming controllers and headphones to mice and LED lights for your gaming space, here are some of the best gaming accessories MobileSyrup covered in 2022.

The Turtle Beach Steal 700 Gen 2s are one of the more comfy gaming headsets we reviewed this year. Their ear cups are made of a black synthetic leather with memory foam cushioning that feels firm and cups your ear well, while a layer of “Aerofit” cooling gel lined into the ear cushion helps keep your head and ears cool during extended gaming sessions. 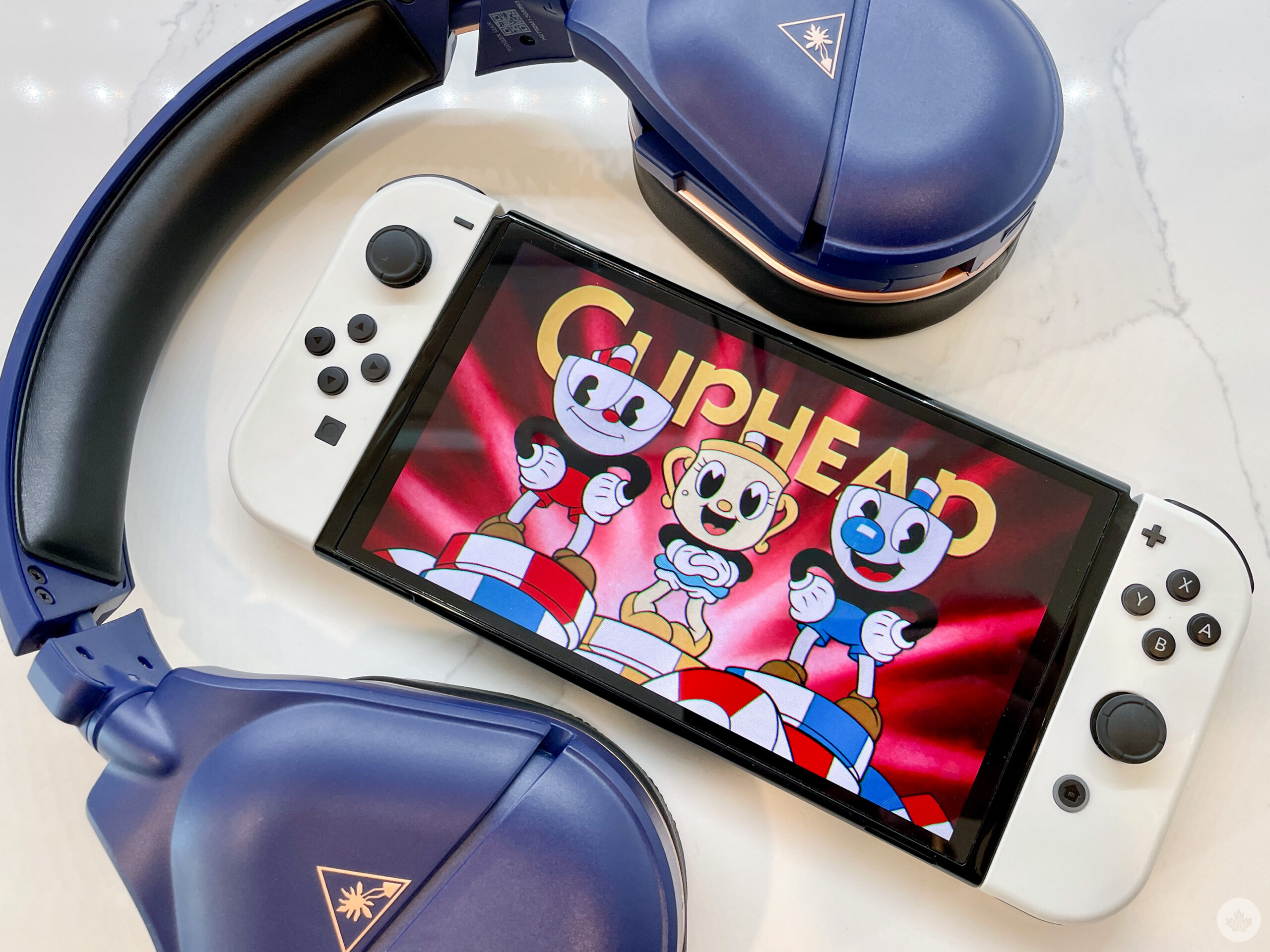 The headset’s main strength is its compatibility. The headphones are officially licensed by Microsoft for the Xbox, so it’s a given that they work well with Microsoft’s consoles. However, they work equally well with the PlayStation 4 and 5, Switch and PC, thanks to the included 2.4GHz mini-USB transmitter.

The headphones can pair with your devices using Bluetooth too, which means they work with your Android and iOS smartphones, and feature impressive 40+ hours of battery life on a single charge.

On the audio side of things, “the headset offers distortion-free highs and booming full-body bass that you can feel. I could hear every little detail in the games I tested, and it made for an engaging experience,” reads our review of the headset.

The headset is available at the Turtle Beach store and on Amazon for $199.99.

The Razer Basilisk V3 Pro was released in August this year, and has quickly become one of the best gaming mice on the market. The Basilisk V3 Pro sports a HyperScroll Tilt Wheel, Optical Mouse Switches Gen-3, a ton of programmable buttons, Focus Pro 30K Optical Sensor, and all the RGB lighting you could want in a gaming mouse. 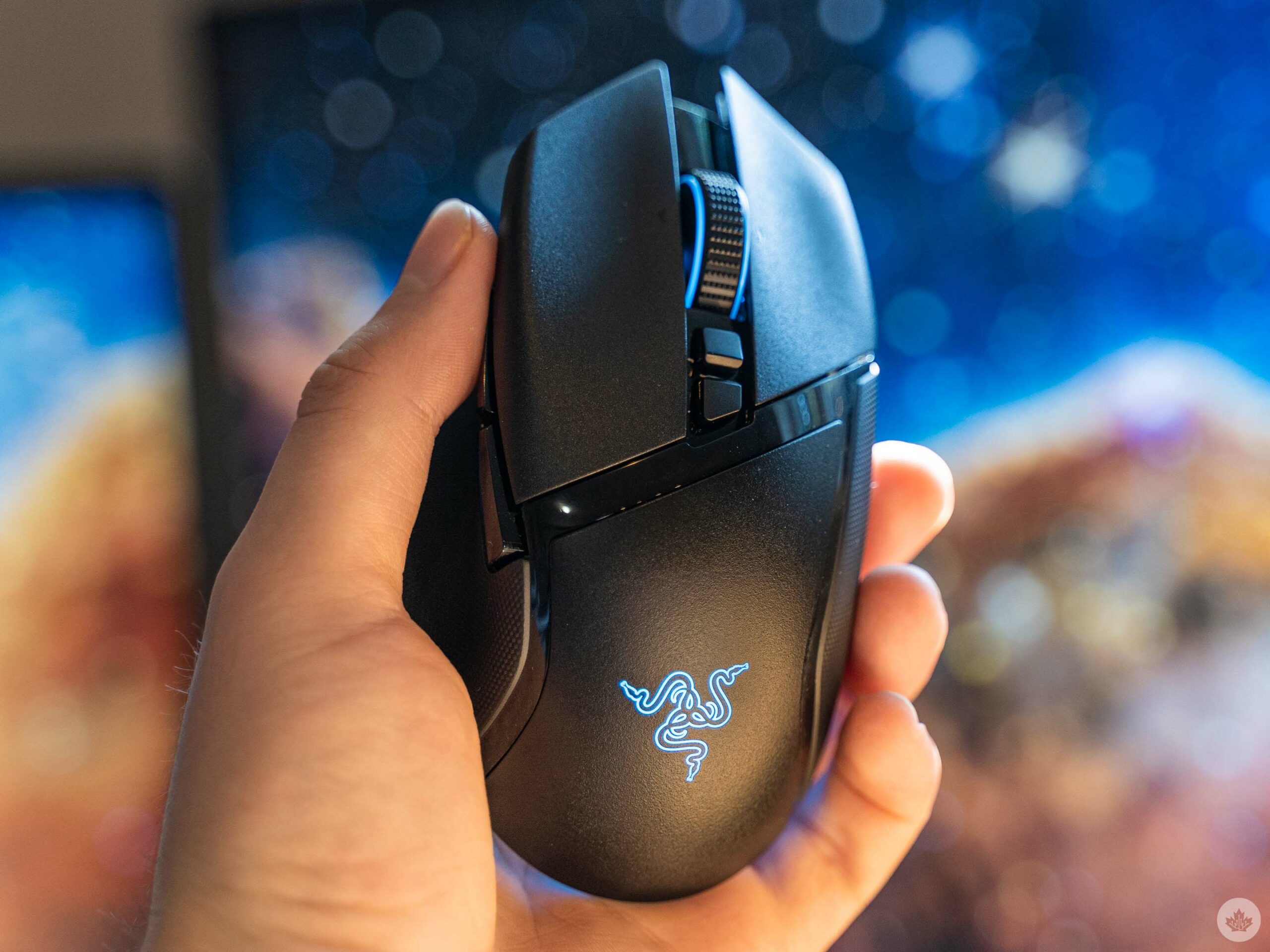 The Basilisk V3 Pro sports a USB-C port on the front, so you can plug it in and use it while charging, or you can choose to purchase an additional dock to charge the mouse wirelessly. It features a thumb button for activating the ‘Sensitivity Clutch,’ a feature to temporarily reduce or increase mouse sensitivity.

Further, similar to most modern gaming mice, the Basilisk V3 Pro features a DPI button to cycle through different sensitivities. However, what’s impressive is that the Basilisk V3 shows the DPI on your computer screen when cycling. This is much more accessible than showing a little LED light with a different colour for each DPI setting, especially since those LED presets are always hard to remember.

Unlike the Basilisk V3 Pro, Razer took a more minimalist approach with the Viper V2 Pro. The Viper V2 Pro gaming mouse combines the company’s technical prowess with a fluff-less layout that makes the mouse suitable for those looking for a high-performance mouse and nothing more. 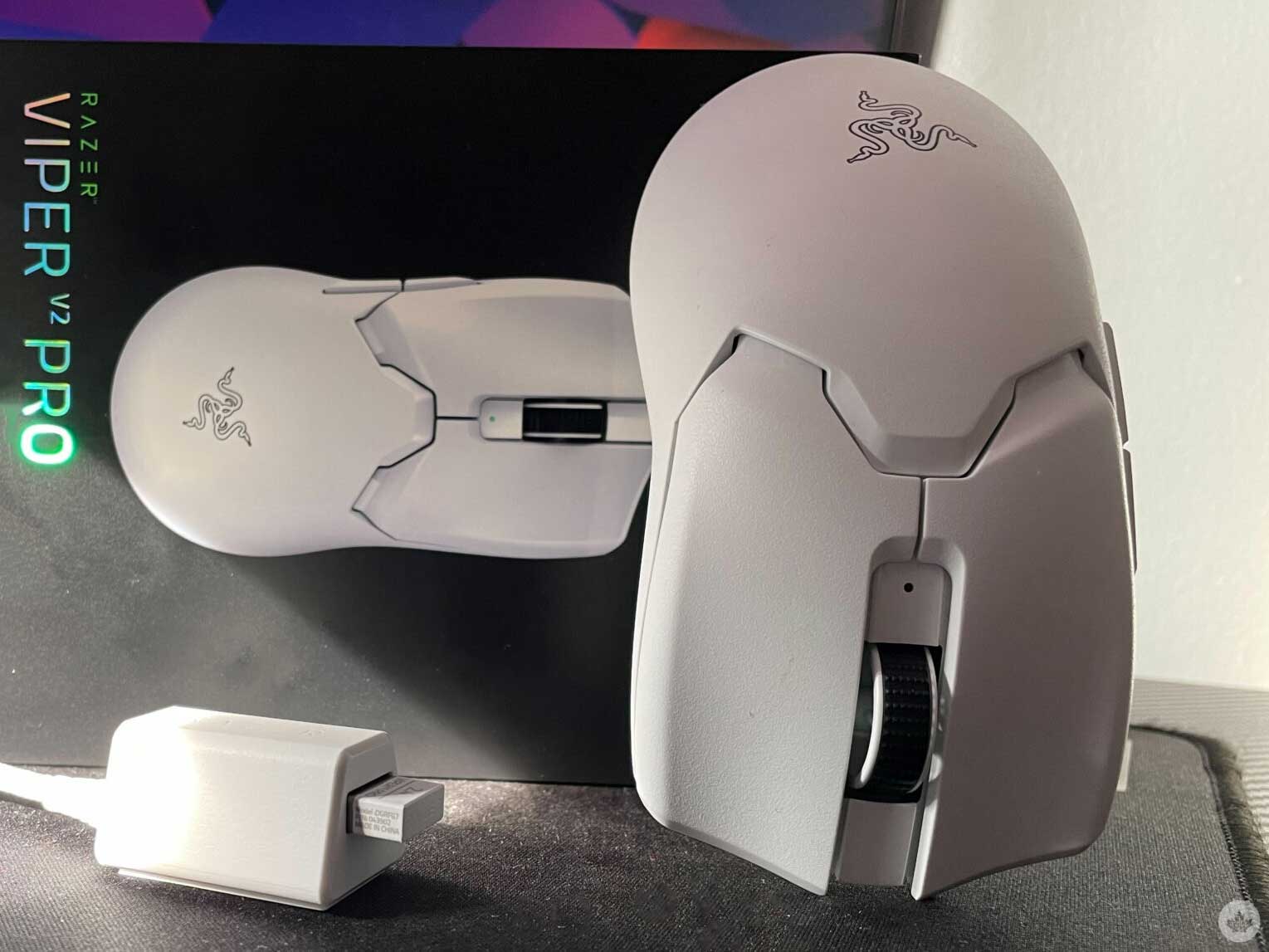 The mouse has no RGB lights, allowing Razer to get rid of the extra weight they carry. It weighs in at just 58g, making it one of the lighter gaming mice on the market. The omission of two side buttons on the right, while retaining the side buttons on the left also allow the mouse to boast a lower weight.

On the battery side of things, according to Razer, the battery is good for eighty hours per charge. In my experience, however, the fifty- to sixty-hour mark seems to be the more accurate battery life for the Viper V2 Pro. Viper V2 Pro features Razer’s latest Focus Pro 30K Optical Sensor that allows the mouse to reach a peak DPI of 30,000 and comfortably track when used directly on your table, glass or a mousepad.

If you’re looking for an ultra-lightweight gaming mouse, without all the extra fluff, the Viper V2 Pro is a solid contender.

The Viper V2 Pro is available at Razer’s website and Best Buy in Black and White colourways for $189.99 and $161.98, respectively.

Microsoft’s Xbox Elite Series 2 controller is notorious for quality control issues. Although it is considered one of the best controllers ever by MobileSyrup editor-in-chief Patrick O’Rourke, the Elite Series 2’s faulty hardware makes it hard to recommend.

It is unclear if Microsoft is using a different part supplier or manufacturing process for the Design Lab Elite Series 2. However, it seems the tech giant has solved the controller’s hardware issues. 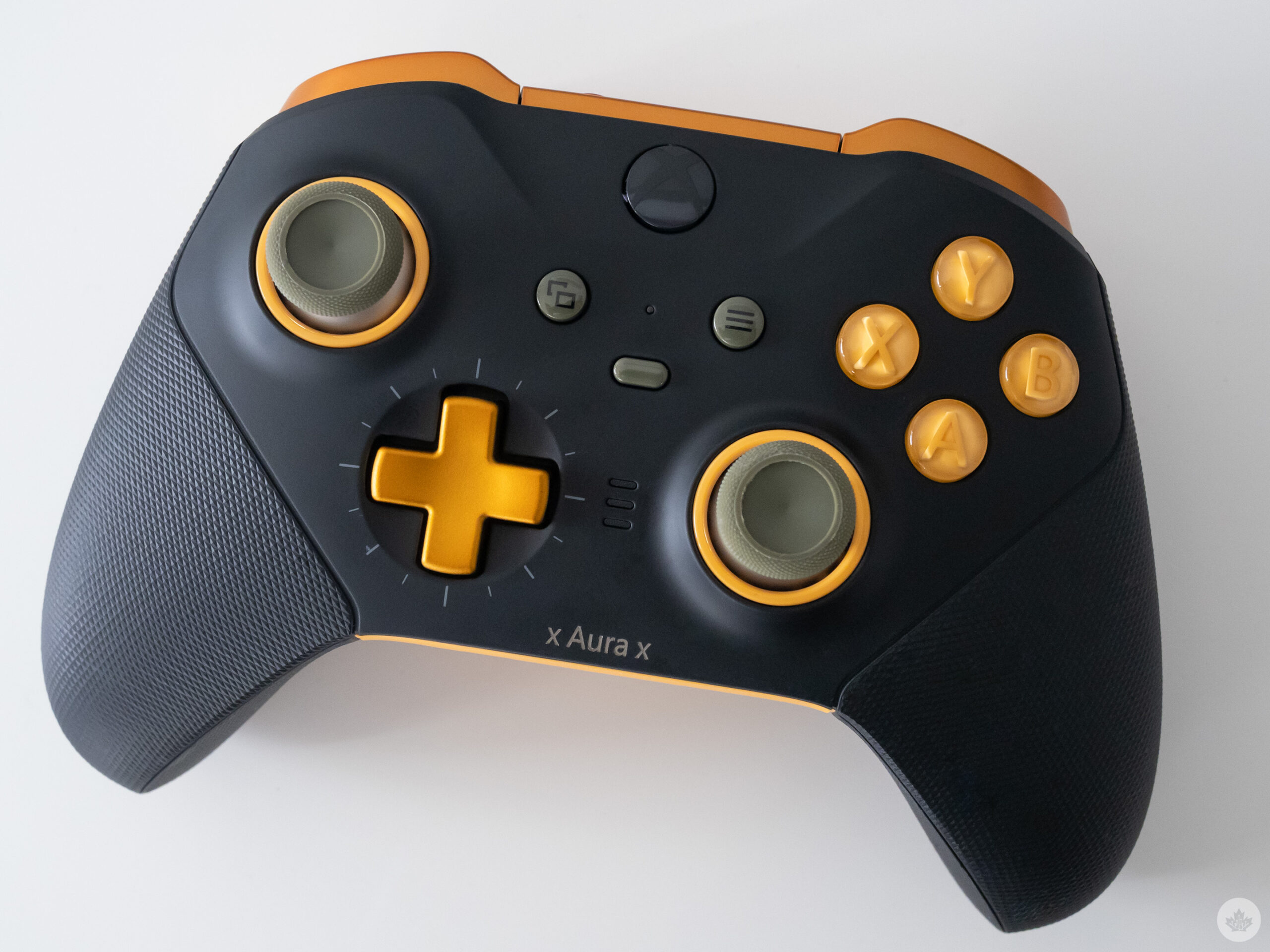 For those unaware, the Elite Series 2 charges through USB-C, features Bluetooth connectivity and includes thumbsticks with adjustable tension. In total, the gamepad comes with six replaceable thumbsticks, including two standard ones, two that are similar to the Xbox 360 controller, alongside a tall and wider-ridged option. Additionally, you can also swap the D-Pad for a circular version.

On the battery side of things, the controller is good for roughly 40 hours per charge, while compatibility with iOS, Android, PC and even Apple TV makes the controller a versatile choice.

The Design Lab Elite Series 2 starts at $149.99 for the base controller, which doesn’t include paddles or additional thumbsticks. The version that offers all of the accessories starts at $209.99.

Govee’s DreamView G1 Pro isn’t necessarily a gaming accessory, but instead, it decorates your gaming space.

The DreamView G1 Pro is a set of two light bars that go on each side of your PC monitor, paired with a fish-eye lens camera that sits on top of your monitor. The camera scans for colours on your screen, and tries to replicate them out of the light bars. In addition, with the G1 Pro, you also get a tube-like LED light strip that attaches to the back of your monitor, which also replicates the colours on your screen. 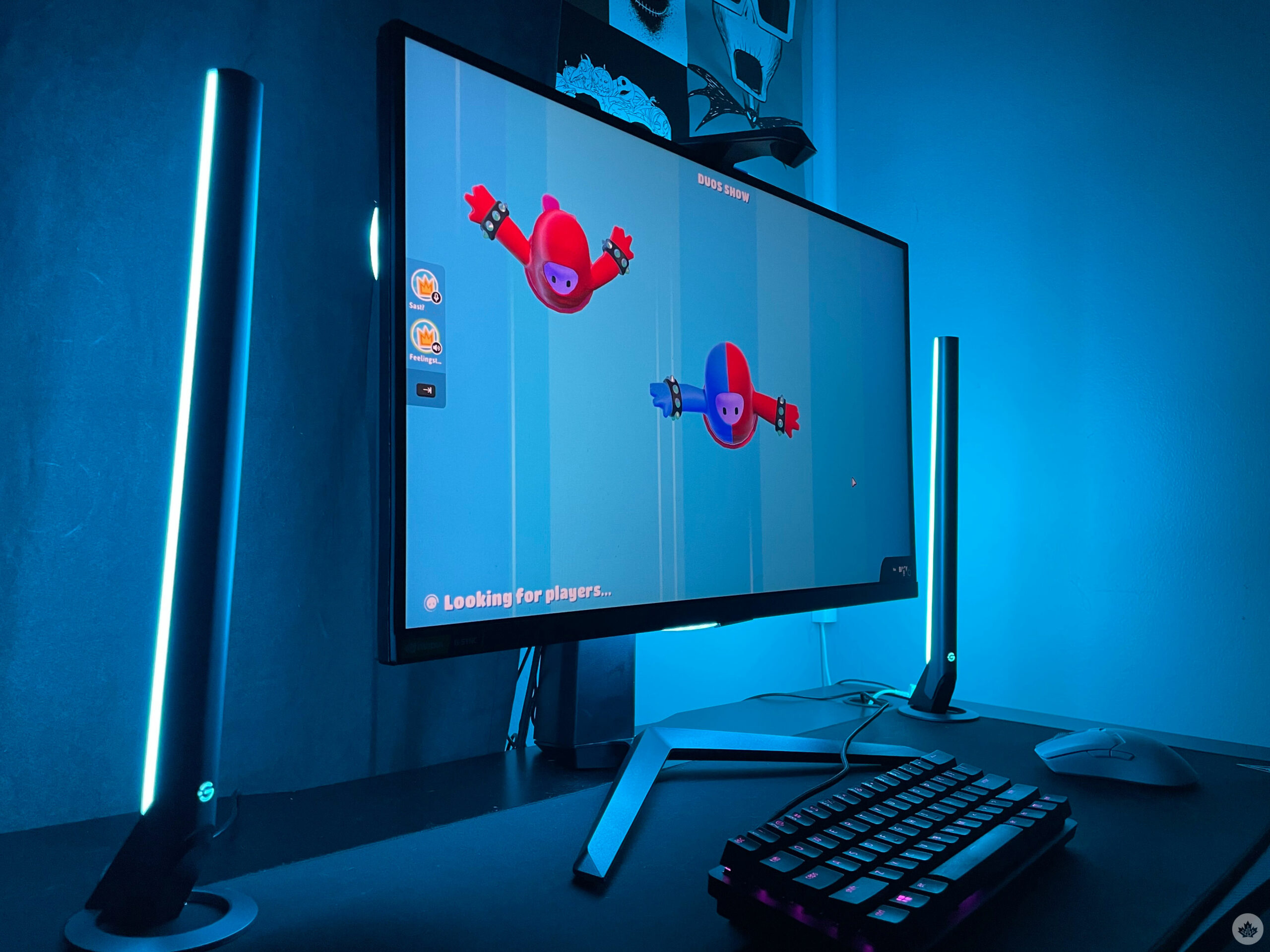 The light bars are sleek, but their output is very bright and punchy, and the same goes for the rear-attached light tube.

Their brightness can be adjusted from the Govee Home app, and I doubt you’ll ever have them cranked up to a hundred. The app also lets you control the lights you want to use.

It features several modes, including video mode (that replicates the colour on your screen), ‘Music’ mode that changes the light colour depending on audio cues, ‘Colour’ mode, that lets you independently choose colours for the bars and the tube light, and a ‘Scene’ mode with several presets.

The Govee DreamView G1 Pro Gaming Light isn’t listed on Govee’s Canadian webstore. However, it is available in its U.S. store for $129.99 (roughly $166 CAD).

Razer’s Huntsman Mini is a 60 percent wired keyboard with 61 optical-mechanical (purple) switches. It ditches the number pad, arrow keys and the function keys, giving you access only to the keys that matter while gaming. 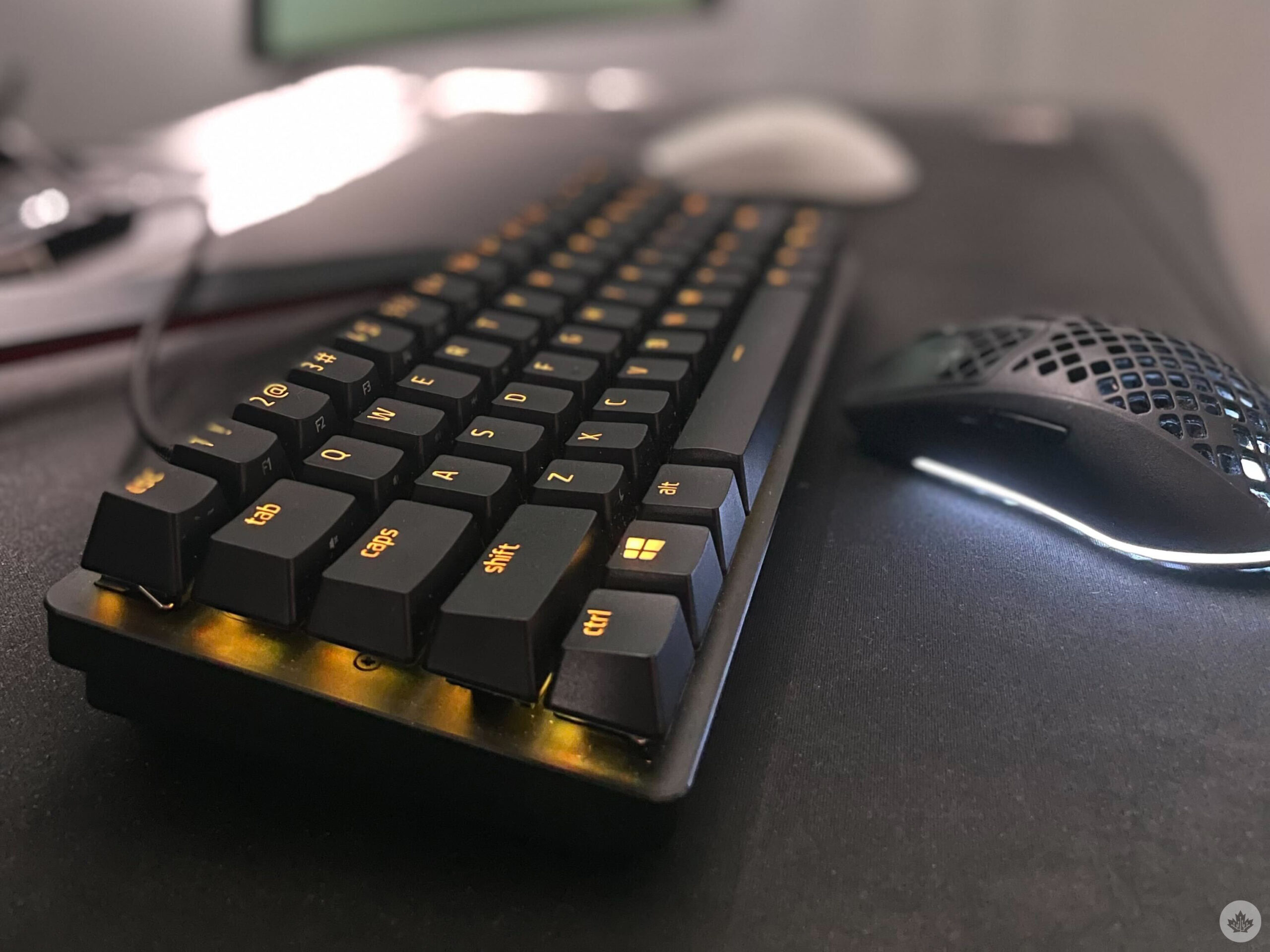 The keycaps on the Huntsman Mini are Razer’s ‘Doubleshot PBT’ keycaps with a textured finish that feel great to press, and aren’t as loud as a traditional mechanical keyboard but still offer the right amount of sound feedback. The keyboard connects to your PC through the accompanying braided USB Type-C cable that is long enough to be tucked away. The cable isn’t proprietary, and any Type-C cable that you own will do the work if you wish to mix things up.

Like a true gamer gadget, the keyboard features backlit RGB, with the keyboard offering a wide range of colours and effects to choose from directly in the Razer Synapse application.

The Razer Huntsman Mini is currently available to order from Amazon and Best Buy for $142.98.