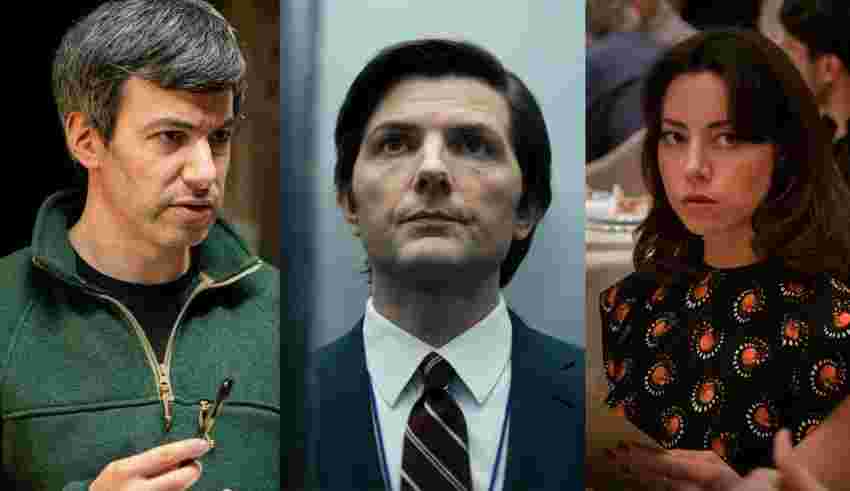 The rise of streaming services means that there are all kinds of great shows that come out every year.

In many ways, we’re in a ‘Golden Age’ of Television — there really is so much to choose from. 2022, in particular, was a stellar year for the small screen, both in reinvigorating established franchises and for creating bold new ones.

With that in mind, we wanted to round up some of the best streaming shows of the year. Naturally, there’s so much that could be included here, but we’ve tried to feature a good mix of genres and platforms so there should be something here for most people.

From sci-fi and fantasy to satire and anime, here are 10 of the top shows to stream in 2022.

Star Wars in the Disney era has had an eye-rolling tendency to rely on non-stop nostalgic tie-ins to the original trilogy, but Andor is far better than that. Instead, creator Tony Gilroy, who re-wrote and directed parts of Rogue One, simply focused on telling a good story, fan service be damned. In this prequel to Rogue One, we get to see what sets Cassian Andor (Diego Luna) on the path to joining the rebellion, making for quite the compelling character study. But beyond that, Gilroy crafts an utterly gripping, mature and politically-charged story about oppression and the sacrifices people must make to fight against it. Star Wars has never been this good.

Stream Andor on Disney+. A second and final season is currently filming.

This comedy-drama about a young chef running his family’s Italian beef restaurant is low-key the most stressful show of the year. In one moment, creator Christopher Storer will have you cheering with Carmen “Carmy” Berzatto (Jeremy Allen White), and in the next, biting your nails with high anxiety. This isn’t your mum’s cozy cooking show, and it’s all the better for it.

Stream The Bear on Disney+ (under the Star banner). A second season is in development.

With so many superhero properties out there, The Boys continued to feel like a breath of fresh air in its third season. Creator Eric Kripke’s gritty satire took the titular group of vigilantes to thrilling and unexpected new places, while further exploring the fascinating — and eerily realistic — narcissism of Antony Starr’s Homelander, one of TV’s best villains. We also got a perfect scene-stealing addition to the cast in the form of Jensen Ackles’ Soldier Boy, a welcome — and appropriately darker — riff on Captain America.

Stream The Boys on Amazon Prime Video. A fourth season is currently filming in Toronto.

After the disastrous launch of CD Projekt Red’s Cyberpunk 2077, beloved anime creators Studio Trigger (Kill la Kill) came out with this anime series that actually helped the 2020 video game reach peak players on Steam. But rather than adapt the game, Edgerunners tells a standalone story in the world of the video game about a young mercenary who struggles to make it for himself in the ever-cruel Night City. With a delightfully over-the-top animation and a surprisingly emotional story, Edgerunners makes for quite the solid addition to the cyberpunk genre.

House of the Dragon

While the final season Game of Thrones proved to be quite controversial, this prequel series has been pretty much unanimously praised for being a brilliant return to form for HBO’s popular fantasy drama series. Set 200 years before Game of Thrones, House of the Dragon explores the intriguing events that lead up to the beginning of the decline of House Targaryen. Throw in some standout performances from the likes of Paddy Considine, Matt Smith, Emma D’Arcy and Milly Alcock and House of the Dragon is a wildly successful expansion to George R. R. Martin’s beloved universe.

Stream House of the Dragon on Crave. A second season is in development.

Vancouver’s own Nathan Fielder’s spiritual successor to Nathan For You has been viewed as one of the best new series of 2022, and for good reason. The docu-comedy series sees Fielder helping everyday people rehearse conversations or life events through staged reenactments. The result is a show that is simultaneously full of absurdist comedy and a surprisingly tender exploration of empathy.

Stream The Rehearsal on Crave. A second season is in development.

If Ted Lasso defined Apple TV+ in 2020 and 2021, Severance did so for the streaming service this year. This deeply engrossing psychological thriller series follows a group of people who voluntarily undergo a procedure to separate non-work memories from their work ones to create a better “work-life balance.” It’s a fascinating premise that creator Dan Erickson uses to great effect, exploring how the shady dealings of a mysterious corporation affect both those under its employ and their loved ones. You’ll never look at the office the same way.

Stream Severance on Apple TV+. A second season is in development.

While there have been several Star Trek shows in recent years, New Worlds has received significant praise for capturing the sense of discovery that defined Gene Roddenberry’s original series. This Discovery spin-off follows Christopher Pike (Anson Mount), Spock (Ethan Peck) and crew as they venture throughout the galaxy. Besides being a successful spiritual throwback, New Worlds is also noteworthy for filming in Mississauga, Ontario.

Stream Star Trek: New Worlds on Crave. A second season is in development.

While this might cheating a bit since most of its episodes released in 2021, it’s too good — and Canadian — not to include.

Based on Canadian author Emily St. Mendel’s 2014 novel of the same name, Station Eleven tells the story of the survivors of a devastating flu who attempt to rebuild the world. The Canadian connections don’t stop there; the solid cast is led by Vancouver’s Mackenzie Davis and the show as a whole was shot in Mississauga, Ontario. But even without any of that, Station Eleven is a resounding success as a powerful story about community, proving that even post-apocalyptic dramas can be beautiful and uplifting.

Mike White’s critically-acclaimed comedy-drama series heads to Sicily for even juicier social satire. Outside of returning fan-favourite Tanya (Jennifer Coolidge), Season 2 focuses on a new but equally compelling ensemble cast that includes the likes of Aubrey Plaza, F. Murray Abraham, Theo James, Adam DiMarco and Haley Lu Richardson. While many shows suffer from a “sophomore slump” in their second outings, The White Lotus proved in 2022 that it’s still got it.

Stream The White Lotus on Crave. A third season is in development.

What were your favourite shows of 2022? Let us know in the comments.