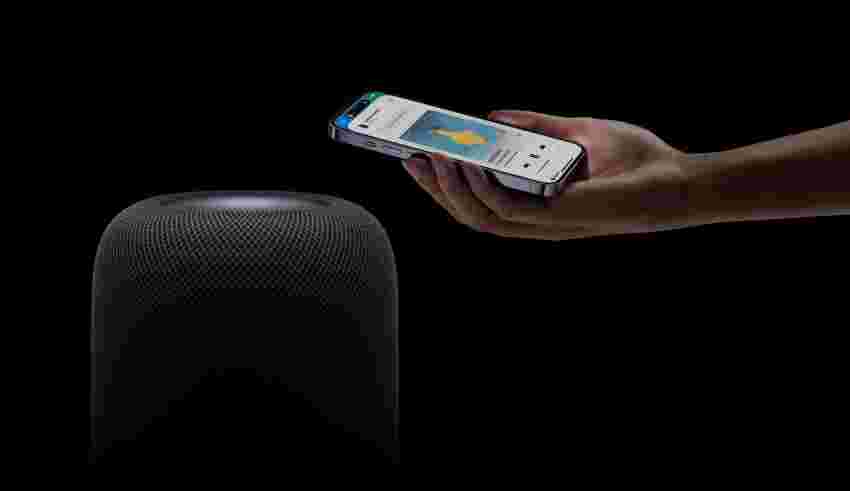 After announcing the new Mac mini and MacBook Pro with M2 Pro and Max chips, Apple is back with another surprise reveal.

The Cupertino-based company revealed the 2nd-Gen HomePod, replacing the original 2018 HomePod and offering a full-sized alternative to the HomePod Mini.

The new smart speaker is available to pre-order today, with deliveries starting on February 3rd.

It’s worth noting that Apple discontinued the original HomePod in March 2021, so if you’re in the market for an Apple smart speaker, the HomePod Mini and the new HomePod are your only options. That said, let’s look at how much of an upgrade the new smart speaker is compared to its predecessor.

To start, the new HomePod is cheaper than the 1st-Gen version when it was released. In 2018, the HomePod dropped at $450, while the 2nd-Gen version is available to pre-order for $399.

The original speaker was available in ‘Space Gray’ and ‘White,’ and the same goes for the second-gen speaker, though the ‘Space Gray’ colourway has been renamed ‘Midnight.’

Apart from colour naming, dimension and pricing changes, the new HomePod has a lot going on under the hood. The original HomePod was already one of the best-sounding smart speakers, and with the new-gen HomePod’s advanced computational audio, Apple and to one-up its competition.

According to Apple, the new HomePod houses a custom-engineered high-excursion woofer, alongside a new powerful motor that works in tandem with a beamforming array of five tweeters (there were seven in the 2018 HomePod) around the base of the speaker and a built-in bass-EQ mic, all of which work together to “achieve a powerful acoustic experience.” 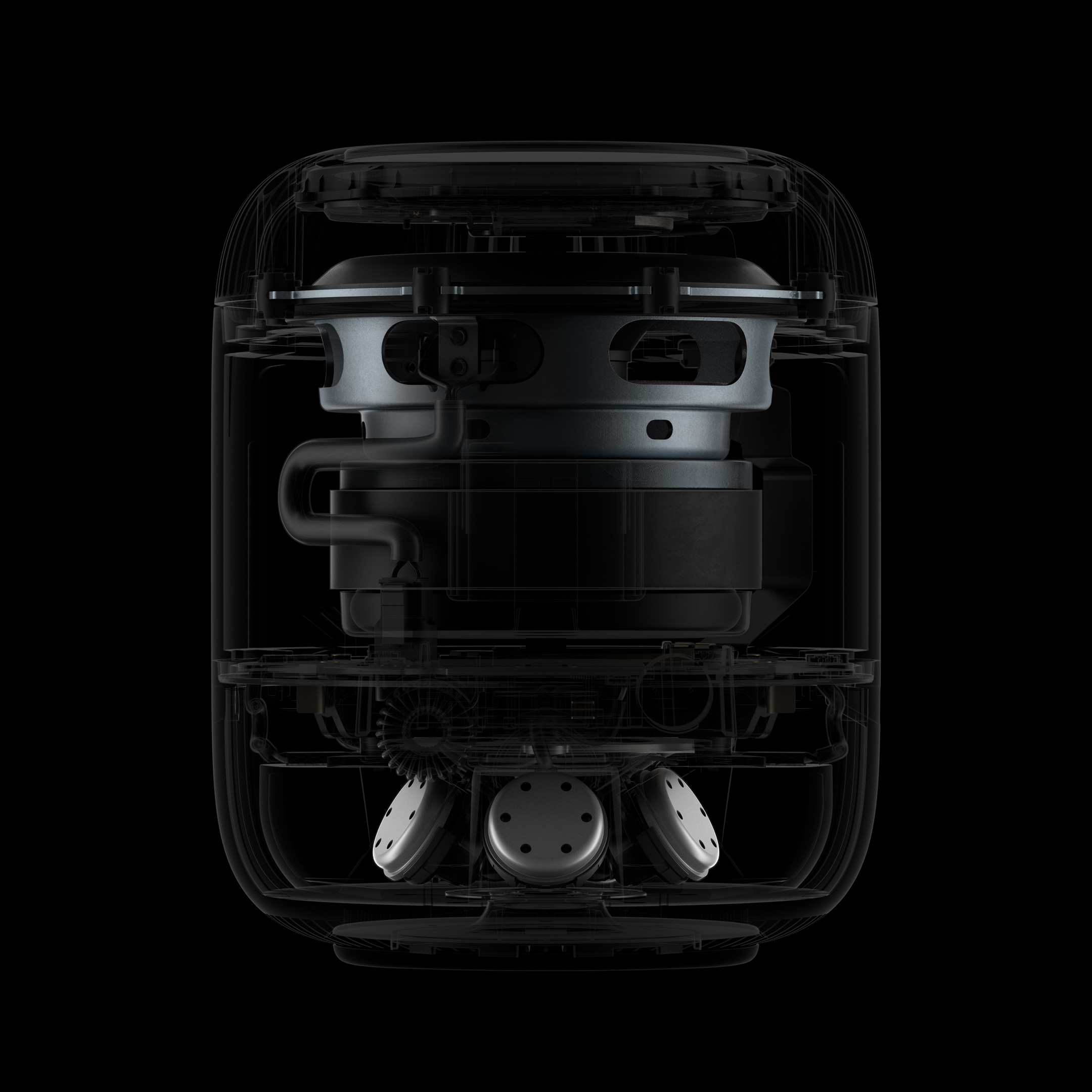 Further, Apple confirmed that the new HomePod runs on the S7 chip, while the original 2018 HomePod ran on the A8 chip, which was also used in the iPhone 6. According to Apple, the new chip allows the smart speaker to enable software and system-sensing technology, offering advanced computational audio.

The new HomePod features’ room sensing’ technology, which lets it to recognize sound reflections from nearby surfaces and determine whether it is placed against a wall or if it’s freestanding. It then can adapt its sound in real-time, paired with five tweeters with precise directional control, for crystal-clear vocals and rich instrumentation. It’s worth noting that these upgrades sound great on paper, but we’d have to actually sit down with the new HomePod to determine if the reduction in tweeters and the addition of new room sensing tech makes a big difference in audio quality and immersion. 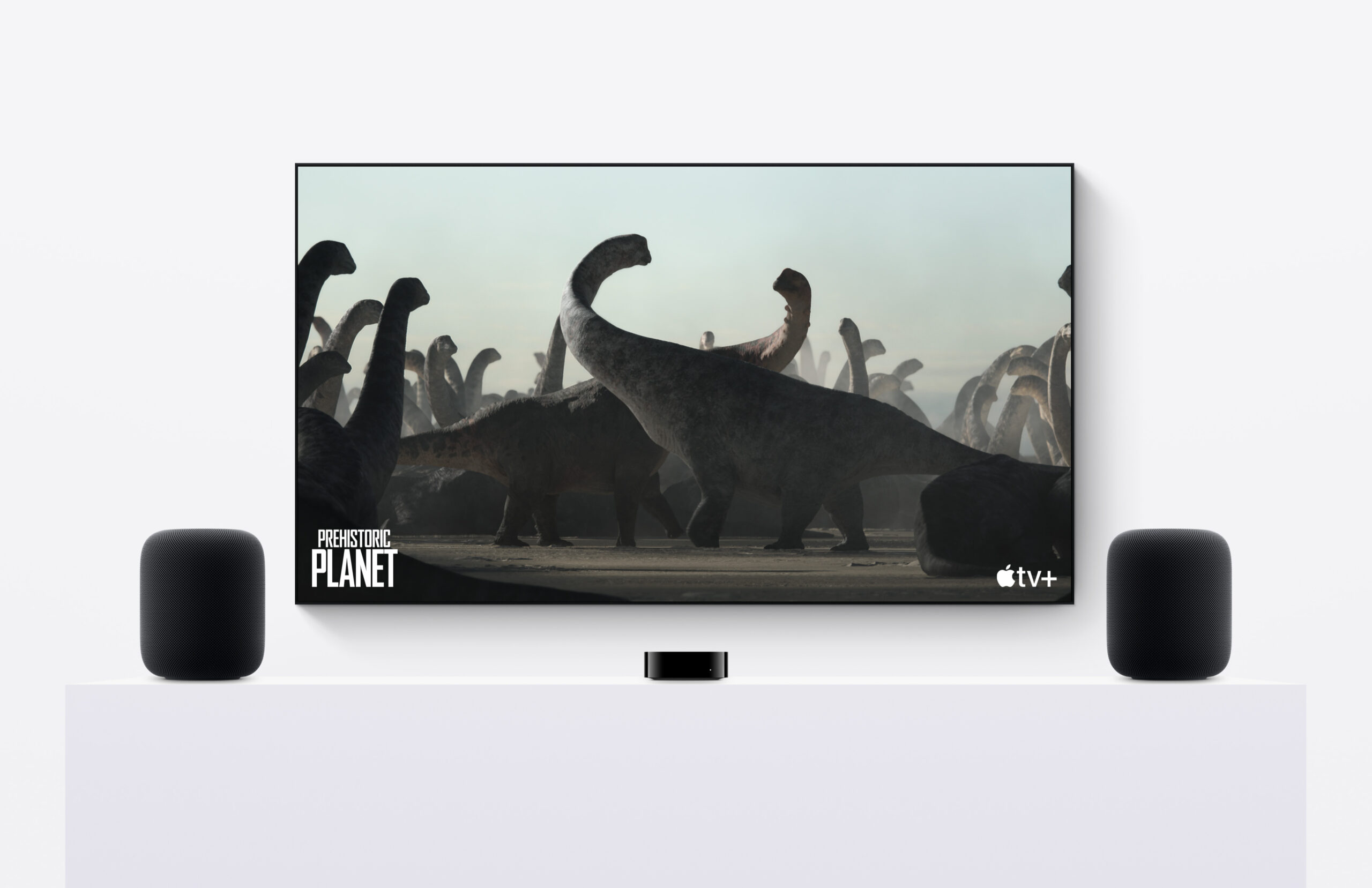 Just like the last-gen HomePod, two or more second-gen HomePods can be paired together with AirPlay to play music in sync, play different songs on different HomePod speakers, or even use them as an intercom to broadcast messages to other rooms. “Users can also create a stereo pair with two HomePod speakers in the same space. In addition to separating the left and right channels, a stereo pair plays each channel in perfect harmony, creating a wider, more immersive soundstage than traditional stereo speakers for a truly standout listening experience,” writes Apple in the device’s press release. It’s worth noting that a 1st-Gen HomePod can not be paired with a second-gen HomePod.

The new HomePod also supports Matter. Matter smart platform allows smart home products to work across ecosystems while maintaining the highest levels of security. The HomePod can connect to and control Matter-enabled accessories, while the original HomePod could only control devices that were Apple HomeKit-enabled. Further, the new HomePod also ships with ‘Sound Recognition,’ which, according to Apple, can listen for smoke and carbon monoxide alarms, and send a notification directly to the user’s iPhone if a sound is identified. 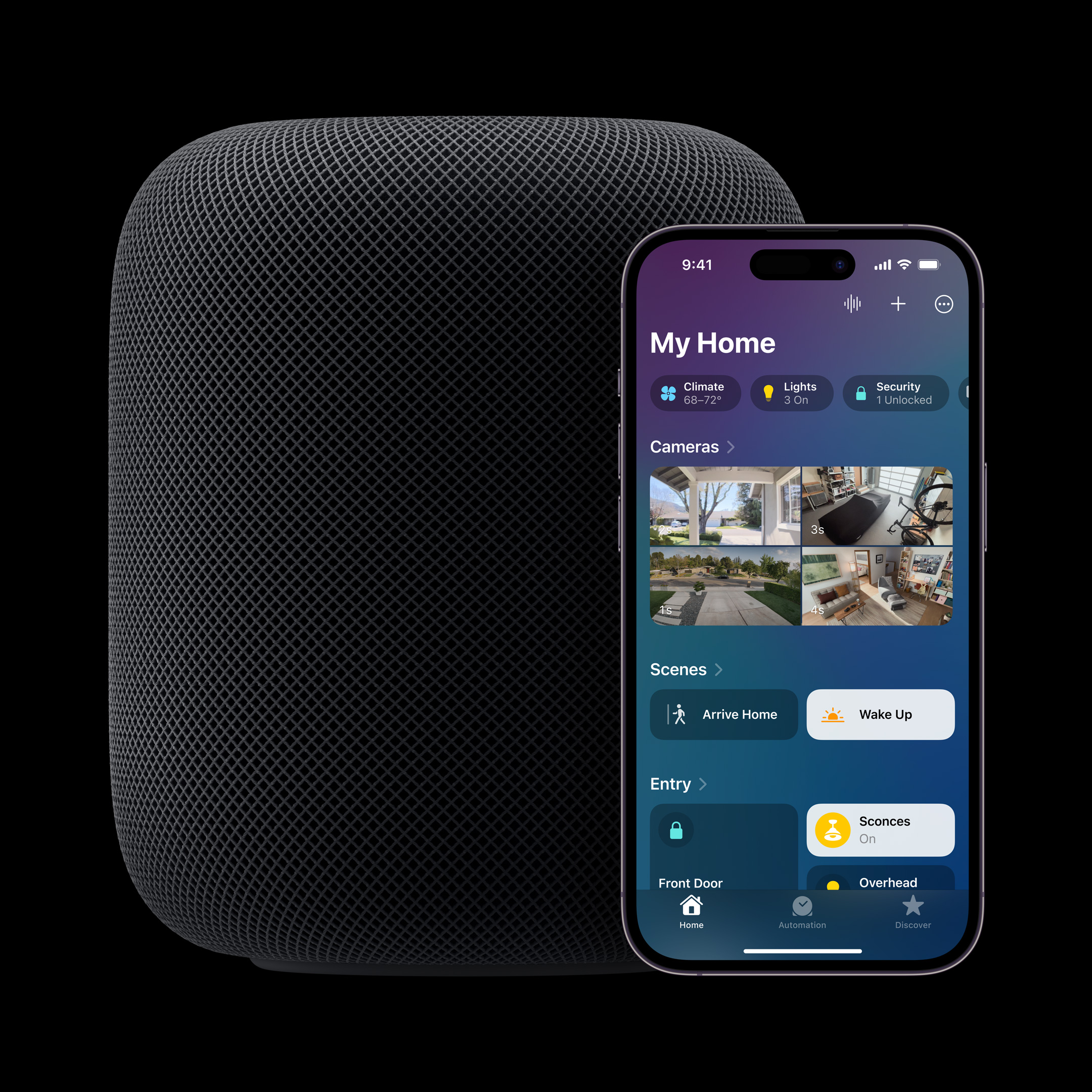 There’s also a new built-in temperature and humidity sensor that allows you to measure the climate inside your house. Paired with smart accessories like blinds and fans paired with the HomePod, the smart speaker can automatically either open or close the blinds, or turn on/off the fans depending on pre-determined temperature conditions. These automations can either be created on the Home app or through Siri voice commands.

At this point, it is almost impossible to determine how the new HomePod would sound, but on paper, it seems impressive. Thanks to a new custom-engineered high-excursion woofer and built-in bass-EQ mic, alongside features like ‘room sensing’ technology, the new HomePod likely won’t disappoint. Matter support also means you can now control more accessories with the HomePod. Of course, we’ll need to hear the smart speaker in person to know for sure.

On the other hand, if you’re looking to get a quality Apple smart speaker but don’t want to spend nearly $400, the $129 HomePod mini is a solid option.