Rafael Nadal faced the toughest challenge of his Wimbledon campaign so far when he took on American 11th seed Taylor Fritz on Day Ten of the championships. The Spanish second seed was looking to take another step towards completing a calendar Grand Slam, having already won the 2022 Australian and French Opens.

Fritz on the other hand was playing in his first-ever Slam Quarter-Final in his 24th attempt, but is seemingly coming of age now and is the American No.1, but this was his toughest test against a man who was going for a 23rd Grand Slam title, a remarkable achievement.

Their most recent meeting in March though saw Fritz defeat Nadal at Indian Wells to win the title there, and after Nadal had broken to go 3-1 up in the opening set, Fritz stormed back to take the next five games and the set 6-3, however, Nadal then broke Fritz and led 3-0 in the second but Fritz once again fought back to level and get back on serve, Nadal was in pain with an abdominal injury and was clearly not happy and the trainer was called and resulted in the Spaniard going off court for some treatment. The trainer would have to work some magic as this type of injury is hard to shrug off.

He came back on court after a few minutes to huge cheers, could he possibly get through this match though with such an injury? Well, those painkillers must have done the trick as he came out and took the second set 7-5, levelling up the match, what guts Rafa was showing, these champions are made of tough stuff, aren’t they!!!

His stomach was causing him issues though, and his movement wasn’t 100%, and Fritz seized this opportunity in the third set, taking that and leading two sets to one, and Rafa had it all to do, and at 1-1 in the fourth, he looked in a lot of pain, and the crowd, who had started the match wanting the underdog Fritz to do well, were now firmly on Rafa’s side, it was hard to watch, but he summoned the energy and fight from somewhere to take the fourth set 7-5, taking it into a decider.

At 3-3, Rafa broke his opponent’s serve, only for Fritz to break straight back, what drama, and after the match reached a championship tie break, the Spaniard managed to win it 10-4 and pull off a remarkable comeback win, it was heroic from Rafa, and he was one step closer to continuing his calendar grand slam dream. Fritz will be gutted, but he would have learnt so much from this and is certainly a player of the future for years to come.

This meant Rafa faced a semi-final against either Australian Nick Kyrgios, or Chile’s Cristian Garin, who met second on Court One, Kyrgios, of course, has had his fair share of controversy at this year’s championships, and with yesterday’s news of a court case hanging over him arranged for August, he may have been forgiven his mind might be elsewhere.

And with his shoulder and back issues in his last game too, he certainly was not heading into his first Quarter Final here since his debut back in 2014, and any slam Quarter-Final since 2015, in tip-top shape, and he was up against an exciting young Garin who had just seen off his Aussie 19th seed mate Alex de Minaur in five sets in the last round, this after being two sets down.

But as Nick said in his press conference after defeating American Brandon Nakashima in five sets no one is heading into the later rounds of the championships with no niggles at all, and we all know how good Nick can be, but would this be a fiery encounter, or a subdued one, we were about to find out.

It didn’t start well for the Aussie, getting broken in his opening game, but he managed to break back for 3-3 and then 5-3 broke the Chilean to take the opening set 6-3, he had not been playing well but he did not care as he managed to get the advantage despite this. And when he took the second set 6-3 on serve and second set point, the Aussie was in pole position to reach his first-ever Grand Slam semi-final.

A tight third set ensued, and an irritated Kyrgios was still finding things to moan about despite being two sets up, but he was battling against a Chilean who had fought from two sets down in the last round remember, and when the set went to a tie break, it was right in the balance, but Nick held his nerve to win that tie break and be one step closer to realising a dream he thought had past him by, he had a doubles grand slam title to his name, could he add a singles one too?

Meanwhile, 2019 champion Simona Halep takes on American Amanda Anisimova. Romania’s Halep, the 16th seed, will face 20th seed Anisimova on Centre Court, Halep is the only Wimbledon champion left in this year’s draw, so that must stand her in good stead, and 2019 was in fact the last time she appeared at the tournament too, so she is technically unbeaten at SW19 for all that time, so twelve matches if my maths is correct, but standing in her way was a very good player in American Anismova who knocked out 11th seed Coco Gauff along the way.

But the last two meetings between these two have been pretty one-sided in the favour of Halep, and this game seemed to be headed this way too as the Romanian breezed through the first set 6-2 and was 5-2 up in the second and serving for the match, but Anismova, who had probably relaxed a little knowing she was headed to defeat, started swinging and broke the Halep serve before holding.

Halep then served for the match again at 5-4 and faced more break points as the American threatened to tie the set-up, but the 16th seed survived those and then on match point saw a backhand go long from Anismova to head through in straight sets and keep her dreams of a second title in four years alive.

And Australia’s Ajla Tomljanovic took on Kazakhstan’s 17th seed Elena Rybakina in the day’s other women’s quarter-final, the Aussie had matched her best ever run at these championships after reaching the last eight in 2021, but in her way was the powerful Kazakhstan 17th seed who had bettered her only other appearance at the tournament last year when she reached Round Four, who would take it to the next level here?

The Aussie began well and managed to take the first set 6-4, pressure on the 17th seed, well Rybakina managed to recover and take the second set 6-2, momentum had certainly shifted, and when the Kazakhstan player broke early in the third, it looked like Tomlanovic’s time was done, and another break of the Aussie’s serve meant Rybakina served for the match at 5-1, and although Tomljanovic broke her opponent and then held serve to make it 5-3, the 17th seed served it out with her 14th ace and seal her semi-final berth, and becoming the first Kazakhstan player to reach that stage of a slam.

Over on court two, No.1 men’s double seeds Joe Salisbury and Rajeev Ram were in Quarter Finals action against Nicolas Mahut and Eduoard Roger-Vasselin, and after Salisbury/Ram had taken the first set, it all got a bit tetchy towards the end of the second set when Briton Salisbury and American partner Ram thought they had broken to serve for the second set.

Opponents Mahut and Roger-Vasselin challenged an out call on one of their returns but were already heading back to their chairs, thinking the game was over. Hawk-Eye showed the ball had caught the outer edge of the line but Salisbury and Ram were aghast and did not believe what the screen had shown.

After a few “no ways” and an “it’s wrong”, Salisbury sat down in his chair and the supervisor was called. After a delay of five minutes, the match resumed, the Frenchmen held serve and won the ensuing tie-break to level at one set all. What drama eh!!!

Salisbury and Ram then raced through the third set to lead by two sets to one but Mahut and Roger-Vasselin broke early in the fourth and ended taking that set to take it to a decider, but the no.1 seeds managed to pull through winning the fifth 6-4 to progress into the semi-finals where they will take on Aussie duo Matthew Ebden and Max Purcell.

Phew, that concludes Day Ten, for all results and schedules please visit 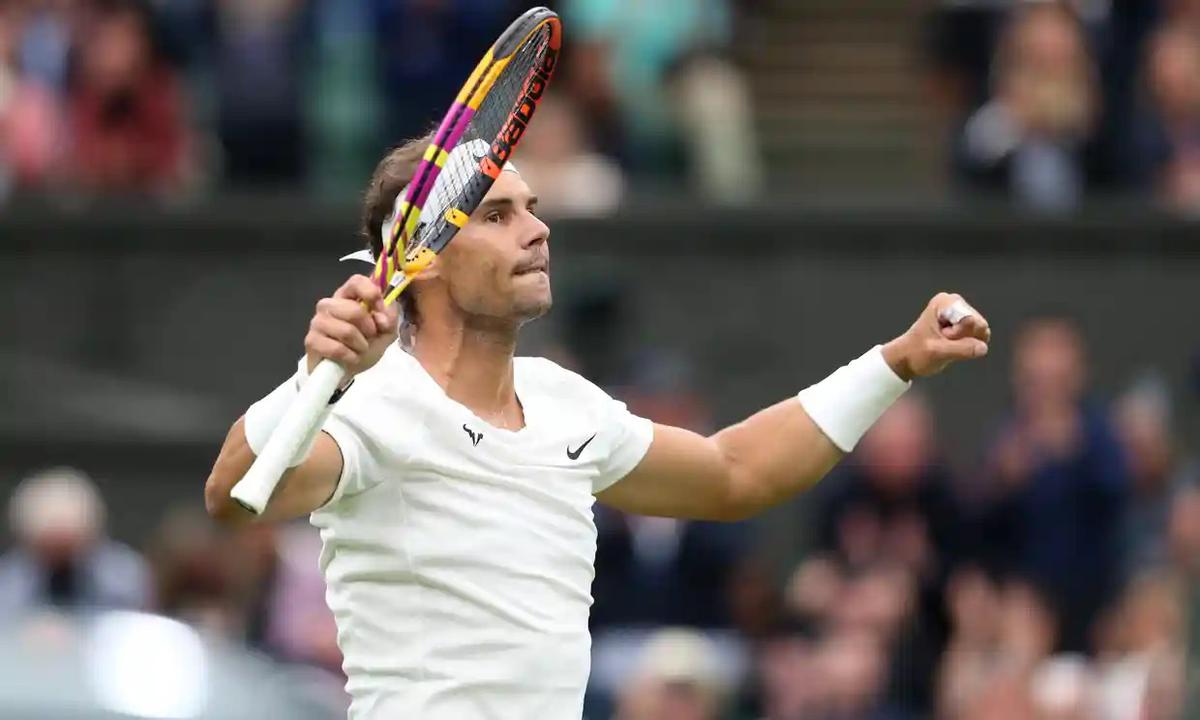